What is Vernacular? Definition, Examples of Literary Vernacular 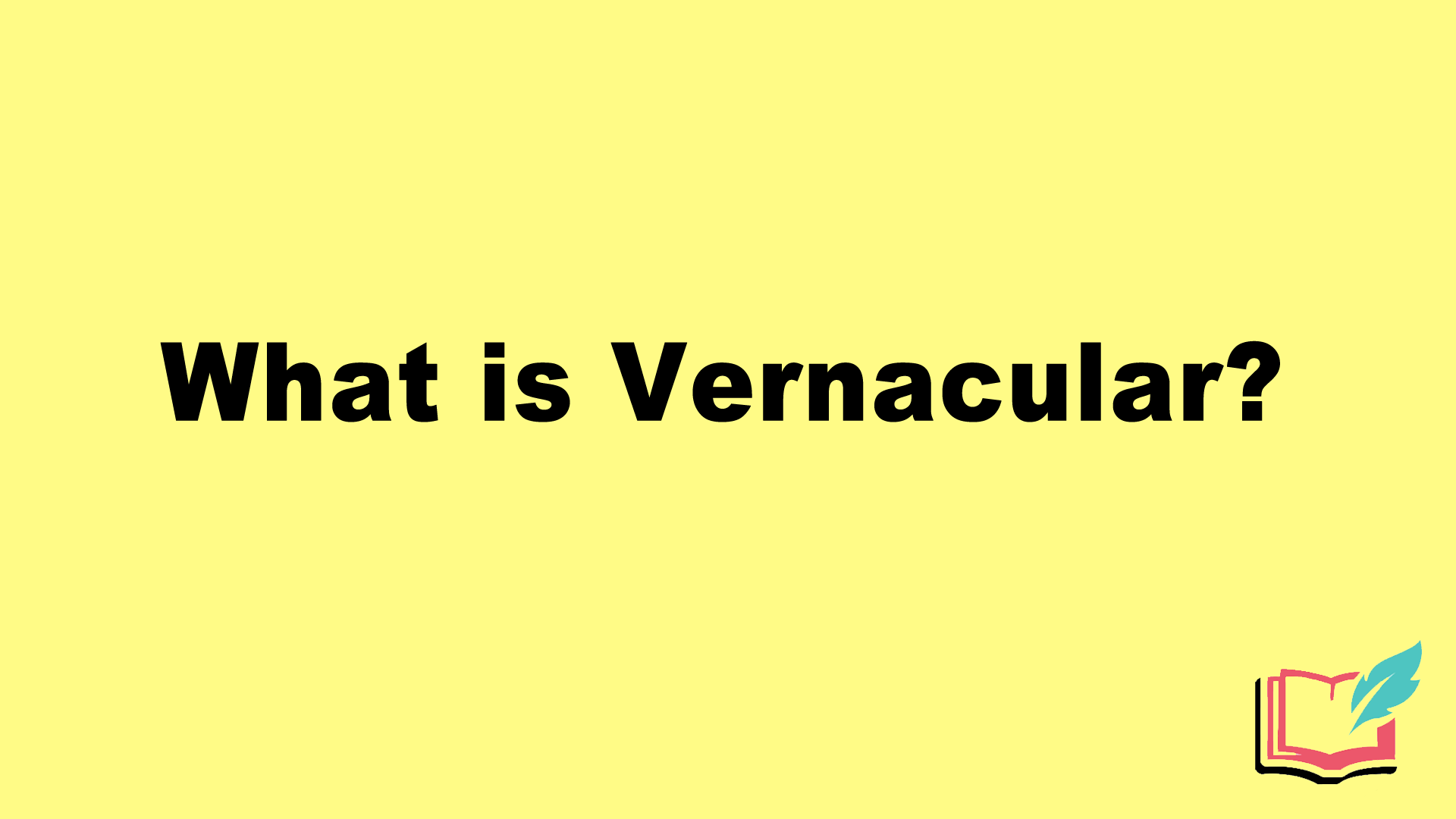 Vernacular refers to everyday speech. It is the language of a particular culture, profession, group of people, etc. and typically refers to spoken word as opposed to more formal written language.

Vernacular is a genre of writing that uses daily language. Essentially, vernacular refers to the writing and speaking of the general public and has evolved throughout time. Because of this, literary works written in their own contemporary vernacular provide historical looks into the past. Although now it is relatively common for creative writers to bring vernacular styles into their writing, this was not always the case and vernacular was more a part of the oral tradition. For example, Geoffrey Chaucer broke with Medieval traditions and wrote in the language of common people.

Vernacular styles are types of diction used by writers and can vary from region to region. For example, in the American South, the term “y’all” for “you all” is a very specific form of vernacular.

While the concept behind vernacular and dialect is similar, it is important to understand the distinction between these two terms. Vernacular is the use of common speech instead of more formal language. For example, we refer to canine animals not as their scientific names, but as dogs. Dialect has more to do with the pronunciation, grammar, and vocabulary of a particular region. For example, the pronunciation of French words in France sound quite different from the pronunciation of French words in Canada. French-Canadian is its own dialect entirely and sometimes people from France have such a hard time understanding French-Canadians that they cannot discern proper meaning.

In terms of American English, consider the following example of a phrase someone from the American South might say:

See the difference? Dialect has a lot to do with pronunciation and way of speaking whereas vernacular refers more to common language rather than the formal, which is this case might be something like: “I assume all of you would prefer to have dinner at our house this evening.”

The Function of Vernacular

Vernacular creates a natural and/or conversational style to writing which makes it easier to read for broad audiences. Nobody wants to read intensely formal academic writing all of the time, so vernacular produces the effect that the writing is more personal.

In most types of writing, there is an appropriate mix of vernacular and formal writing. Take this article, for example. If we abandoned the formal tone completely in this article, it would no longer be educational and helpful. However, if we only wrote in rigorous academic formality, most people would find it too much work to slog through to find meaning. There is a great effect achieved with proper balance of formal/informal which can be achieved according to the target audience.

Beyond this blended effect, vernacular can emphasize the setting and to bring elements of realism that help the readers feel as if they are really there in the story.

Examples of Vernacular in Literature

It may be hard to tell now, unless you are a Medieval literature scholar, but Geoffrey Chaucer was skilled at bringing vernacular into his writing at a point in time where this was uncommon. Chaucer’s stories were more appealing to common people and writing in their style of speaking was an appropriate technique. Consider this excerpt from the “General Prologue” of The Canterbury Tales:

Whan that Aprille with his shoures sote

The droghte of Marche hath perced to the rote,

And bathed every veyne in swich licour,

Of which vertu engendred is the flour;

John Steinbeck was a master of American realism and this shows in his novel The Grapes of Wrath about the Dust Bowl era of the Great Depression. The novel follows a poor family as they move west in search for work. In the novel, he switches back and forth between chapters in which he will use more formal language in order to describe the plight of Dust Bowl families and then more dialect-heavy chapters that follow the main characters.

In Chapter 13, the following excerpt shows Steinbeck’s use of vernacular:

“You feel awright?” he asked.

“We got to do that or we won’t never get to California.”

The dog wandered, sniffing, past the truck, trotted to the puddle under the hose again and lapped at the muddy water. And then he moved away, nose down and ears hanging.

Chapter 19 uses more formal language in order to convey the dire circumstances in California not just for the Joads, but for everybody:

…And the great owners, who must lose their land in an upheaval, the great owners with access to history, with eyes to read history and to know the great fact: when property accumulates in too few hands it is taken away.

Recap: What is Vernacular in Literature?

Vernacular is the common language used in everyday speech. It is informal and easier to read and identify with for most readers than strictly formal writing. There are certain instances in which formal writing is the only appropriate way to present ideas, however most writing will use a combination of formal and vernacular.