What is Soliloquy as a Literary Term? Definition, Examples of Soliloquy in Literature

Home / Literary Devices / What is Soliloquy as a Literary Term? Definition, Examples of Soliloquy in Literature 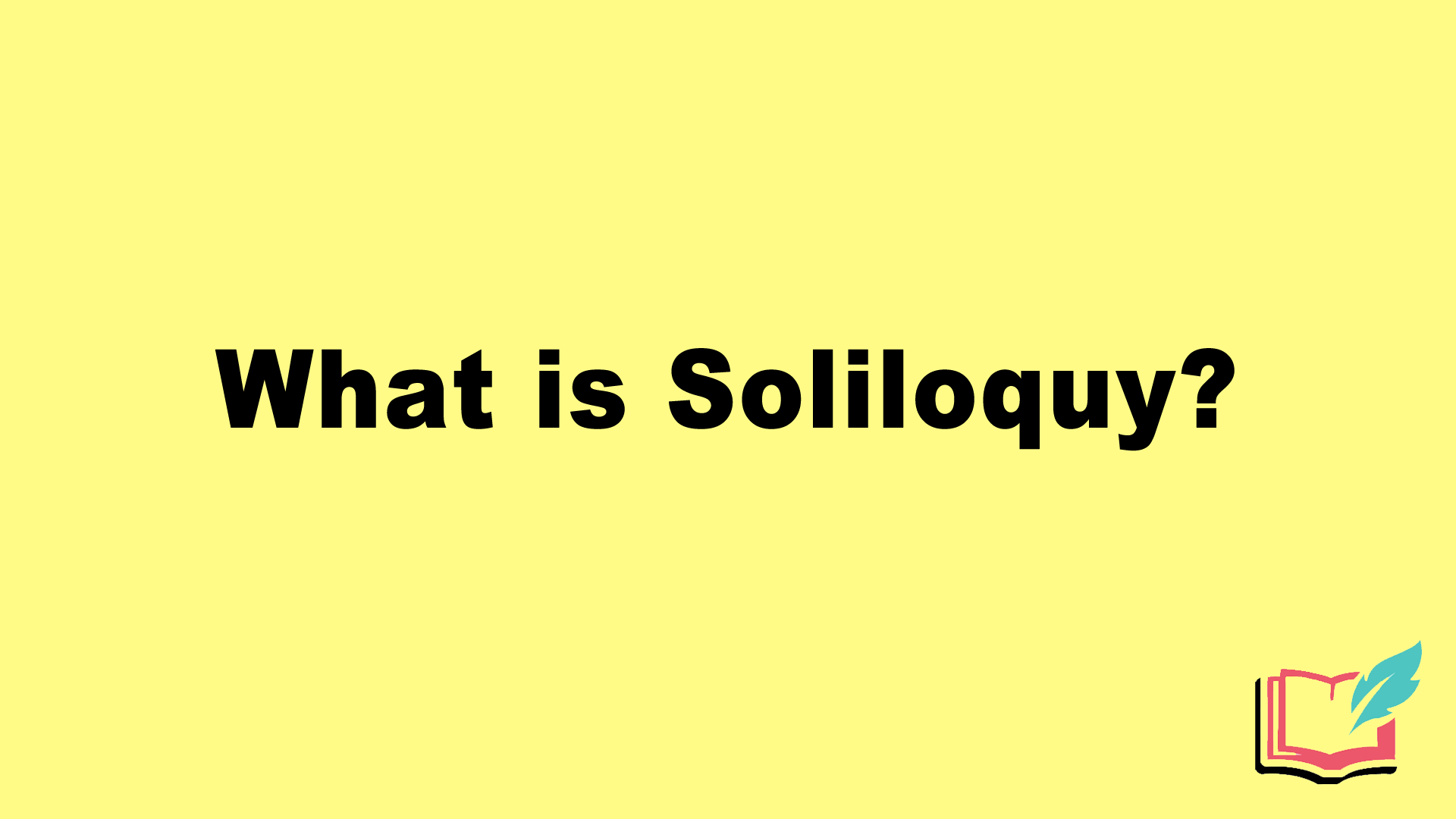 Soliloquy is a dramatic discourse delivered by a character who is alone and not addressing other characters. In a soliloquy, the character is expressing his or her innermost thoughts or feelings. Soliloquy is most often found in dramatic plays.

What is a Soliloquy?

Soliloquy is an extended series of speech delivered by one character who is either alone or talking only to himself. The audience has the benefit of hearing this speech, but the other characters do not. Sometimes a soliloquy is delivered specifically to the audience and sometimes it is delivered to nobody specific, as if the character is thinking aloud.

Hamletby William Shakespeare contains one of the most famous examples of soliloquy—the famous “to be, or not to be” speech in which Hamlet questions whether or not to continue living:

To be, or not to be? That is the question-

Whether ’tis nobler in the mind to suffer

The slings and arrows of outrageous fortune,

Or to take arms against a sea of troubles,

And, by opposing, end them? To die, to sleep-

No more-and by a sleep to say we end

The heartache and the thousand natural shocks

That flesh is heir to-’tis a consummation

Devoutly to be wished! To die, to sleep.

To sleep, perchance to dream-ay, there’s the rub,

For in that sleep of death what dreams may come

When we have shuffled off this mortal coil,

Must give us pause. There’s the respect

That makes calamity of so long life. (Act 3, Scene i)

Soliloquy is a term you will encounter often when studying drama and theatre in literature. Both terms refer to a lengthy speech coming from a single character, and a soliloquy is a type of monologue, but the terms are not interchangeable.

Additionally, a monologue can be the narration of an event or a speech that aims to achieve a set goal. Soliloquy is specifically the expression of the character’s innermost thoughts or feelings.

Julius Cesar by William Shakespeare sees Mark Antony, a skilled orator and politician, delivering a speech. This is a monologue in that it is address several other characters:

Friends, Romans, countrymen, lend me your ears;
I come to bury Caesar, not to praise him.
The evil that men do lives after them;
good is oft interred with their bones;
So let it be with Caesar. The noble Brutus
Hath told you Caesar was ambitious:
If it were so, it was a grievous fault,
And grievously hath Caesar answer’d it.
Here, under leave of Brutus and the rest–
For Brutus is an honourable man;
So are they all, all honourable men–
Come I to speak in Caesar’s funeral.
He was my friend, faithful and just to me:
Brutus says he was ambitious;
Brutus is an honourable man. (Act 3, Scene ii)

Agamemnonby Aeschylus is an example from ancient Greek drama in which, prior to the ending of the Trojan War, a Watchman complains of how dull his post is. He speaks to no one in particular, but simply wishes to express his thoughts aloud and only the audience hears them:

WATCHMAN: But I hope

the master of this house may come home soon,

so I can grasp his welcome hand in mine.

As for all the rest, I’m saying nothing.

A great ox stands on my tongue. But this house,

I speak to those who know about these things.

For those who don’t, there’s nothing I remember. (Lines 1-8)

The Function of Soliloquy

Soliloquy is an important device because it allows for a character to express his/her views without involving other characters. Soliloquy gives the opportunity to an author to let their character express important information without any complicated relationship dynamics between characters getting in the way.

Other types of literature, such as novels, allow the reader to have access to key information that is not spoken aloud. Plays do not have this same ability and therefore soliloquy is an opportunity to advance the plot via spoken word that also feels realistic and flows with the action of the play.

Soliloquy is generally used when it is necessary to advance the plot with key information and allows the audience to receive this key information without disrupting character relationships. This creates an element of irony since the audience is now aware of something that the characters in the play are not.

How Soliloquy is Used in Literature

In the late 18th century, plays shifted away from the heavy usage of monologues and soliloquys to a more realism-focused approach. Because of this, most examples of soliloquy come from the 18thCentury and earlier eras of dramatic literature.

William Shakespeare provided the most widely-known examples of soliloquy as he used it in several of his plays. Even though soliloquy is an old-fashioned literary device, it remains relevant because so many famous literary works use it. Because of this, it also shows up in modern dramatic literature from time to time.

Romeo and Juliet by William Shakespeare has several famous soliloquys. One portrays Romeo’s longing for Juliet after he first meets her. Romeo and Julietcontains many soliloquys of longing because neither character is allowed to be in love with the other.

But soft, what light through yonder window breaks?

It is the East, and Juliet is the sun.

Who is already sick and pale with grief

The Glass Menagerie by Tennessee Williams is an example of a modern soliloquy. This particular soliloquy helps summarize some off-stage events of the play and reveals Tom’s feelings that things have fallen apart:

I didn’t go to the moon that night. I went much further—for time is the longest

distance between two points. Not long after that I was fired for writing a poem

Recap: What is Soliloquy in Literature?

Macbeth by William Shakespeare also contributes famous soliloquys to the legacy of dramatic literature. Dealing with concepts such as death, guilt, and madness, Macbeth’s soliloquys are intense and lead audiences to question their own relationships with such heavy themes:

Is this a dagger which I see before me,

The handle toward my hand? Come, let me clutch thee.

I have thee not, and yet I see thee still.

Art thou not, fatal vision, sensible

To feeling as to sight? or art thou but

A dagger of the mind, a false creation,

Proceeding from the heat-oppressed brain? (Act 2, scene i)