What is Resolution in Literature? Definition, Examples of Literary Resolution

Home / Literary Devices / What is Resolution in Literature? Definition, Examples of Literary Resolution 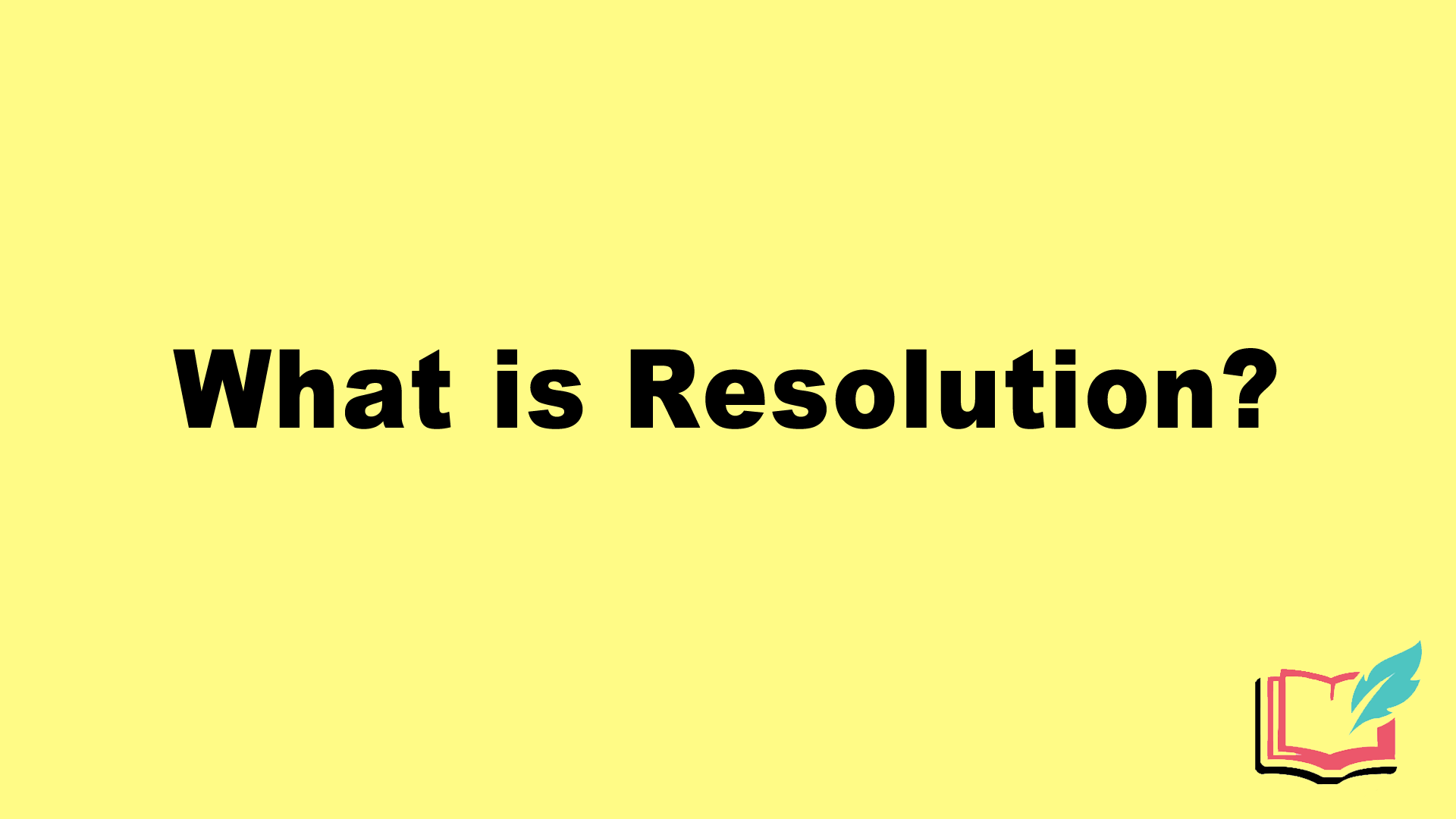 Resolution in a narrative indicates the solution to a complicated issue. In a narrative plot structure, resolution occurs after the climax of the story at the very end and is considered the final point in a story’s conflict.

What is a Resolution?

In Romeo and Juliet by William Shakespeare, the resolution is seen when both Romeo and Juliet have died and the heads of the dueling families, Lord Capulet and Lord Montague, express their sorrow over having caused the deaths of the children. They decide to end the feud between families to prevent any further tragedies.

Capulet: O brother Montague, give me thy hand.
This is my daughter’s jointure, for no more
Can I demand …

Montague: But I can give thee more,
For I will raise her statue in pure gold,
That whiles Verona by that name is known, …
As that of true and faithful Juliet …

Capulet: As rich shall Romeo’s by his lady’s lie,
Poor sacrifices of our enmity …

Prince: A glooming peace this morning with it brings.
The sun, for sorrow, will not show his head …

In any well-developed story, there will be a meaningful conflict with a meaningful resolution at the end. Here are some examples of popular works of literature and their resolutions.

The Catcher in the Rye by J.D. Salinger sees its resolution in the last chapter. Holden Caulfield is in a psychiatric care facility and outlines some of his future plans for the readers. He hopes to return to school but is not overly thrilled. The resolution comes from the fact that he’s decided to return to a sense of normalcy and continue with his plans:

That’s all I’m going to tell about. I could probably tell you what I did after I went home, and how I got sick and all, and what school I’m supposed to go to next fall, after I get out of here, but I don’t feel like it. I really don’t. That stuff doesn’t interest me too much right now… I mean how do you know what you’re going to do till you do it? The answer is, you don’t. I think I am, but how do I know?

Scott Fitzgerald’s The Great Gatsby sees its resolution in the narrator reflecting on what he’s experienced and learned in his time spent getting to know the characters. In a poetic and wistful use a language, the resolution is served with a side of nostalgia and the sense comes across that the narrator will be moving on and the events of the novel are officially in the past:

And as I sat there brooding on the old, unknown world, I thought of Gatsby’s wonder when he first picked out the green light at the end of Daisy’s dock. He had come a long way to this blue lawn, and his dream must have seemed so close that he could hardly fail to grasp it. He did not know that it was already behind him, somewhere back in that vast obscurity beyond the city, where the dark fields of the republic rolled on under the night.

Gatsby believed in the green light, the orgastic future that year by year recedes before us. It eluded us then, but that’s no matter — to-morrow we will run faster, stretch out our arms farther….

So we beat on, boats against the current, borne back ceaselessly into the past.

The Purpose of Resolution

A story is not complete in terms of plot structure if it does not have a resolution. In action-packed stories, resolution gives audiences a chance to breathe a sigh of relief and to relax. The intensity is over, and a more comfortable point has been reached where tensions are low and conflict is resolved.

Additionally, resolution ties together elements of theme and can allow the overall storyline to resonate with readers and audiences one final time. Important aspects to the story are emphasized and theme is reinforced with one last message to readers.

How Resolution is Used in Literature

In the poem “Those Winter Sundays” by Robert Hayden, the poet remises about times his father showed his love through acts of kindness. The poem resolves with a reflection about love and reinforces the themes of fatherly love and selflessness:

J.R. Tolkien’s The Hobbit sees resolution after the intense adventures and battles come to an end. The evil Smaug has been defeated and Gandalf takes Bilbo Baggins back to his hobbit hole in The Shire. Bilbo is happy to be home and it is indicated that he lives for many years thereafter just the way he always wanted: in peace and simplicity. There is a satisfaction that Bilbo was able to return to his dear way of living after fearing that leading a hero’s life would forever remove him from the modest life he loved so much. The idea that one cannot have both is challenged in this way. In the resolution, there is a clear message that some of the world’s evils would not exist if everyone lived the way Bilbo did:

Recap: What is Resolution in Literature?

Resolution is a key part of any story’s plot structure. Without a resolution, readers would be left feeling unsatisfied and a story would, by all accounts, be incomplete. Resolution serves to tie together any lingering loose threads and to reinforce important aspects of the stories themes.