What is Prose? Definition, Examples of Literary Prose 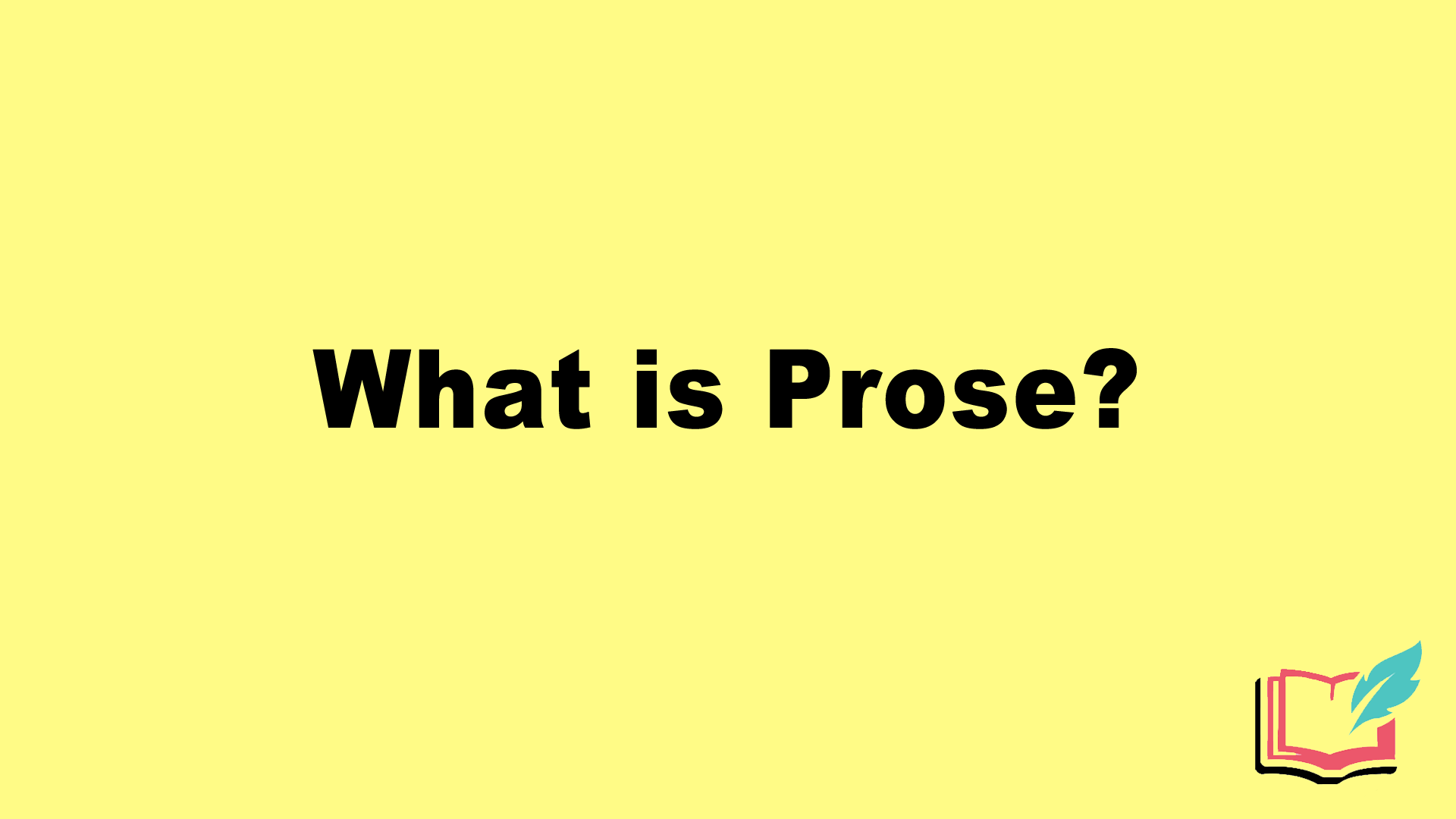 Prose is a form of written language that does not have a formal meter structure. Prose more closely mimics normal patterns of speech.

Prose is a style of writing that does not follow a strict structure of rhyming and/or meter. Prose uses normal grammatical structures. Elements of prose writing include regular grammar and paragraph structures that organize ideas, forgoing more stylistic and aesthetic forms of writing found in poetry and lyrics.

Prose can include normal dialogue, speeches, novels, news reports, etc. Prose is distinguished from poetry which uses line breaks and has meter that tends to defy normal grammar rules.

In today’s literature, most stories are told in prose. There is no longer much emphasis on the oral tradition of storytelling, to which verse was very well suited. Since print came to be commonplace, storytellers tend to rely on prose to tell their stories because of the freedom it allows.

There are different genres of writing that use prose style. Here are a few:

Nonfiction is a work of writing that is based on fact. Examples of nonfiction include memoirs, essays, instructions, biographies, etc.

Fiction is a genre of writing that is imagined or untrue. Novels use prose in order to tell stories. Subgenres of fiction can include fantasy, historical fiction, science fiction, etc.

Heroic prose uses the hero archetype in order to tell stories of bravery and travel in which good triumphs over evil. These stories are meant to be recited orally. Heroic prose may use tricks such as rhyme and a slight rhythmic structure in order to enhance the effects of being read out loud but are not the same as the ancient hero tales which were written in strict poetic verse.

Prose poetry uses certain poetic qualities in order to add a lyrical or aesthetic value to the writing. However, it stops short of any regular or strict metered form. This style of writing creates bolder emotional effects and often relies on metaphors and imagery in order to create similar reactions in readers that poetry would, while still maintaining the prose style.

The Function of Prose

Prose provides a loose structure for writers which offers freedom and creativity in expression. With prose, a writer can be as imaginative and creative as they want—or they can write very dryly in order to convey a specific point. It all comes down to the writer’s purpose and intended effect. With prose, the sky is the limit.

Ultimately, prose is an efficient way to write and convey ideas. There is a reason why news reporters and journalists write in prose—they can clearly express details, key facts, and updates in a way that is accessible to all. If everything was written in poetry/verse, there might be some conflicts in how news and important messages were spread.

Examples of Prose in Literature

In fiction, prose can be manipulated in order to create very specific stylistic effects. For example, Emily Bronte’s Wuthering Heights tends to use long, winding sentence structures in order to convey the tendency to become obsessive, which is a trait found in several characters.

This writing, however, was nothing but a name repeated in all kinds of characters, large and small—Catherine Earnshaw, here and there varied to Catherine Heathcliff, and then again to Catherine Linton. In vapid listlessness I leant my head against the window, and continued spelling over Catherine Earnshaw—Heathcliff—Linton, till my eyes closed; but they had not rested five minutes when a glare of white letters started from the dark, as vivid as spectres—the air swarmed with Catherines; and rousing myself to dispel the obtrustive name, I discovered my candle wick reclining on one of the antique volumes, and perfuming the place with an odour of roasted calf-skin.

Speeches are another place where prose is used to convey ideas. Consider the “No Easy Walk to Freedom” Speech by Nelson Mandela:

You can see that there is no easy walk to freedom anywhere, and many of us will have to pass through the valley of the shadow again and again before we reach the mountain tops of our desires.

Essays are also written in prose. The philosopher Sir Francis Bacon, who influenced founders of the American colonies, wrote the essay “On Nobility” in which he speaks on nobility in government.

For nobility attempers sovereignty, and draws the eyes of the people, somewhat aside from the line royal. But for democracies, they need it not; and they are commonly more quiet, and less subject to sedition, than where there are stirps of nobles. For men’s eyes are upon the business, and not upon the persons; or if upon the persons, it is for the business’ sake, as fittest, and not for flags and pedigree.

Recap: What is Prose in Literature?

Prose is the style of writing that does not use a metered format like poetry does. It more closely resembles normal patterns of speech, with normal grammatical structures such as full sentences and paragraphs.