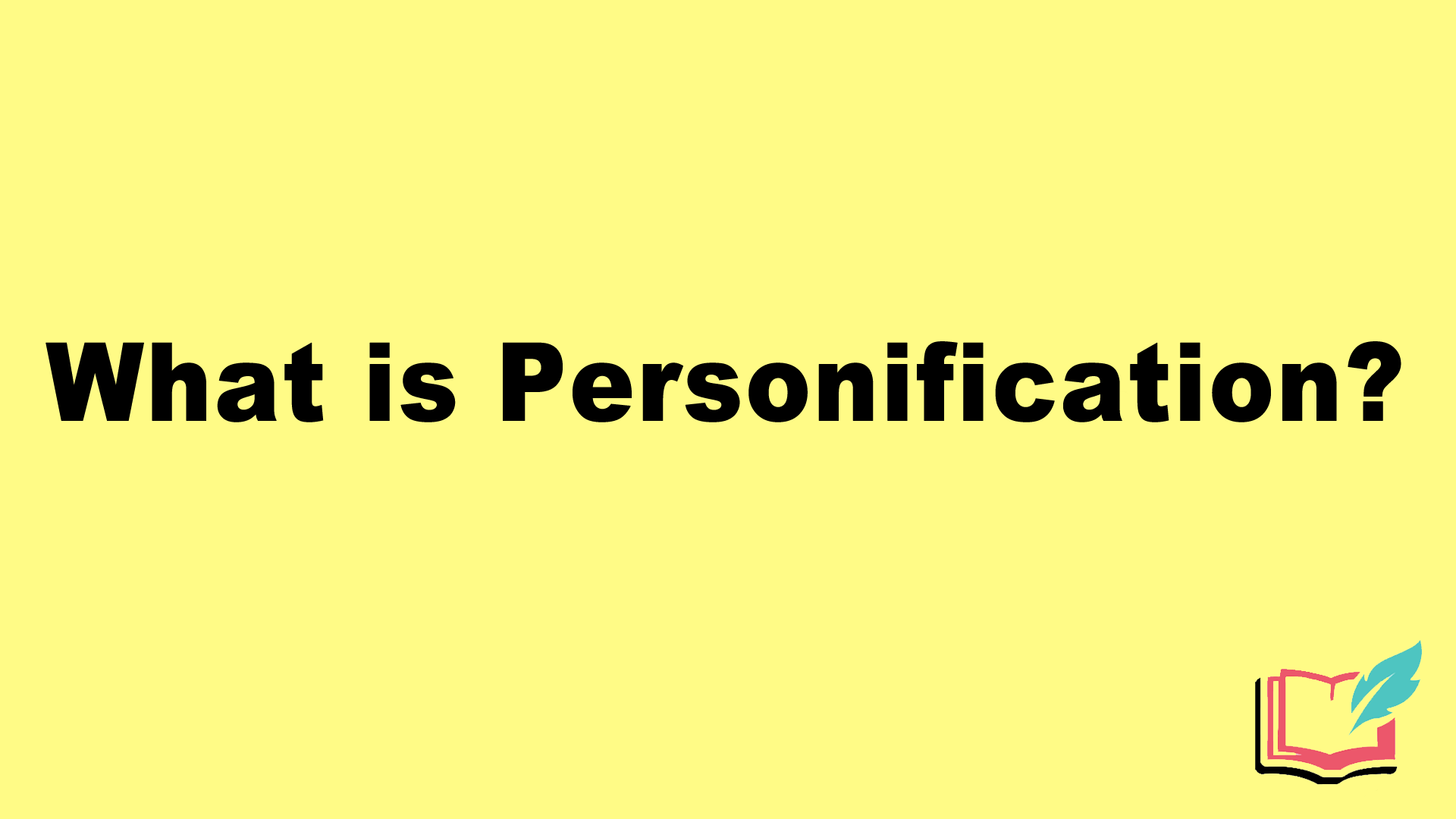 Personification is common literary device in which human traits and characteristics are attached to an inanimate object, idea, or animal.

For example, these following common phrases use personification to describe things:

Personification is used in TV, movies, poetry, books, and much more. It can be found in virtually any genre of any format of the written or spoken word.

Here are some personification examples from popular culture:

“Oreo: Milk’s Favorite Cookie” – This is a slogan for the brand Oreo. It portrays Milk and Cookies as objects that are capable of feeling favoritism and preference

“Fear knocked on the door. Faith answered. There was no one there” – This proverb was paraphrased by the character of Christopher Moltisanti on the hit television show The Sopranos

In the kid’s TV show SpongeBob SquarePants, SpongeBob creates a scene where workers in his mind are overloaded in order to portray the stress he is under. This is a personification of the mind:

Boss: Hurry up! What do you think I’m paying you for?

Worker: You don’t pay me. You don’t even exist. We’re just a clever metaphor used to personify the abstract concept of thought.

Boss: One more crack like that and you’re outta here!

Worker: No please! I have three kids!

The Importance of Personification

In writing, personification can add elements of personality and emotion to certain events, things, and ideas. What would otherwise be a lifeless scene can come alive with energy and purpose. Personification intensifies the imagery and beauty of what has been written.

Furthermore, personification does more than just enhance the aesthetic value of a work of writing. It brings deeper purpose and meaning to the ideas that are being conveyed. The way characters experience things are mirrored by the readers’ own understanding of human emotions and interactions. Readers can understand the deeper meaning behind things when engaged in the process of relating to other human-like things.

Another thing that personification helps to accomplish is that it encourages audiences to develop fresh perspectives on certain things, events, or traits. Since we have a uniquely human perspective on the world, we can better understand something if we characterize it as or similar to other humans.

How Personification is Used in Literature

The classic romantic poem, “I Wandered Lonely as a Cloud” by William Wordsworth, uses personification of nature in order to fully describe the idyllic natural scene of daffodils, which are “dancing” in the wind:

I wandered lonely as a cloud

That floats on high o’er vales and hills,

In George Orwell’s novel Animal Farm, personification is used as a building-block for the novel’s extended allegory. The animals behave as humans in order to represent social/political revolution as they navigate a revolt against the humans. Having the animals behave as humans do helps Orwell to artfully illustrate his purpose, which is to describe what can happen to communities that undergo severe social and political unrest.

In William Shakespeare’s Hamlet, fortune is personified as something capable of having human emotions and reacting to such emotions by causing bodily harm to someone:

To be, or not to be: that is the question:

Whether ‘tis nobler in the mind to suffer

The slings and arrows of outrageous fortune,

Or to take arms against a sea of troubles,

And by opposing end to them?

Recap: What is Personification in Literature?

Personification is a figure of speech that assigns human characteristics and behaviors to non-human things such as nature, animals, and inanimate objects. This helps readers to more fully understand what is going in by conceptualizing it as something familiar. Furthermore, personification adds elements of beauty and originality to writing.