What is a Paradox in Literature? Definition, Examples of Literary Paradox

Home / Literary Devices / What is a Paradox in Literature? Definition, Examples of Literary Paradox 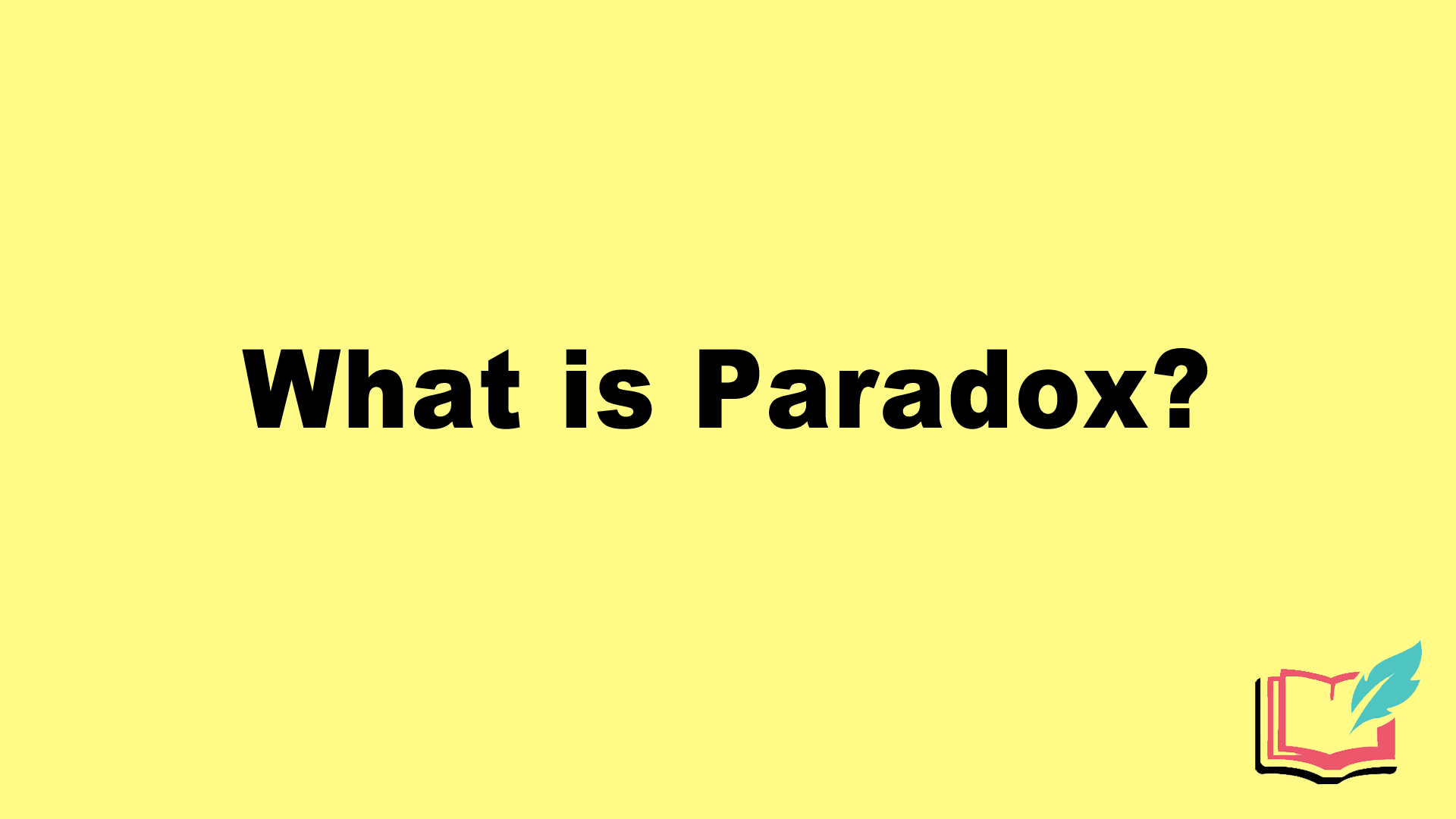 Paradox is the expression of an idea that is contrary to expectations or existing beliefs. Paradoxes create deep and significant value for certain ideas which are not always immediately apparent but once revealed, provides great insight in to a particular character, subject, or idea.

Paradox is essentially a statement that is both true and untrue at the same time. A paradox has the characteristic of appearing to be believable but upon further reflection is actually a contradiction of ideas. This serves the purpose of revealing deep and hidden truths about a subject.

Paradox can also present as obviously self-contradictory which creates a more humorous effect. In this way, paradox is a popular tool in humor genres such as comedy plays.

Difference Between Paradox and Oxymoron

Paradox vs. Oxymoron: A similar concept to paradox is that of the oxymoron. While both terms are concerned with using contradictions in order to achieve dramatic effect, an oxymoron deals more with the contradictions of two specific opposing words.

Paradox, on the other hand, is a general contradiction to the truth that can involve several groups of sentences in order to get the idea of contradictions across.

Additionally, paradox tends to be a more abstract presentation of ideas that are unlikely to exist together. Oxymoron is a direct figure of speech that can serve to reveal a paradox, so in this way you might consider an oxymoron to be a potential building block for the overall expression of a paradox.

The Importance of Paradox

Part of why paradox is such a useful literary tool is because it invites the readers to be actively engaged in using logic and working to find hidden meaning in a story. This makes the process of reading much more pleasurable than if all the important information was just revealed without the reader needing to do any mental work. This kind of reading is far less engaging and can come off as dull. Ultimately, paradox invites the readers to use their wit in order to discover hidden ideas or meanings. The result provides a pleasure response for the brain of the reader.

Paradox can be used across genres and works well in prose, poetry, and drama. Paradox is useful for conveying irony and helps to guide readers to make assumptions that assist in moving the plot forward in an engaging manner. Paradox is useful when an author wants to invite the reader to think deeper about a particular subject. This is useful in poetry, especially, as many poems rely on the reader making inferences in order to really pack a punch.

In George Orwell’s Animal Farm, paradox is seen in one of the golden rules of the farm’s new society. In this instance, the statement does not make sense because of the direct and obvious contradiction of the ideas. However, upon closer inspection, it is apparent that this is a society that does not treat everyone as equals and never intended to, giving certain individuals the right to more power and influence.

In the play Hamlet by William Shakespeare, a paradox comes to be when Hamlet decides to kill Claudius in order to avenge his father’s death. However, he realizes that in order for him to do this and be an honorable son, he will break his mother’s heart because she is married to Claudius. At the same time, he cannot bear the thought of his mother being married to his father’s killer and he believes that killing Claudius will also free his mother. Hamlet remarks:

Recap: What is Paradox in Literature?

Paradox involves the expression of contradictory ideas which challenge what is already known or expected to be true. Paradox can be considered to be a statement that is both true and untrue at the same time, depending on how you look at it.