What is Oxymoron in Literature? Definition, Examples of Literary Oxymoron

Home / Literary Devices / What is Oxymoron in Literature? Definition, Examples of Literary Oxymoron 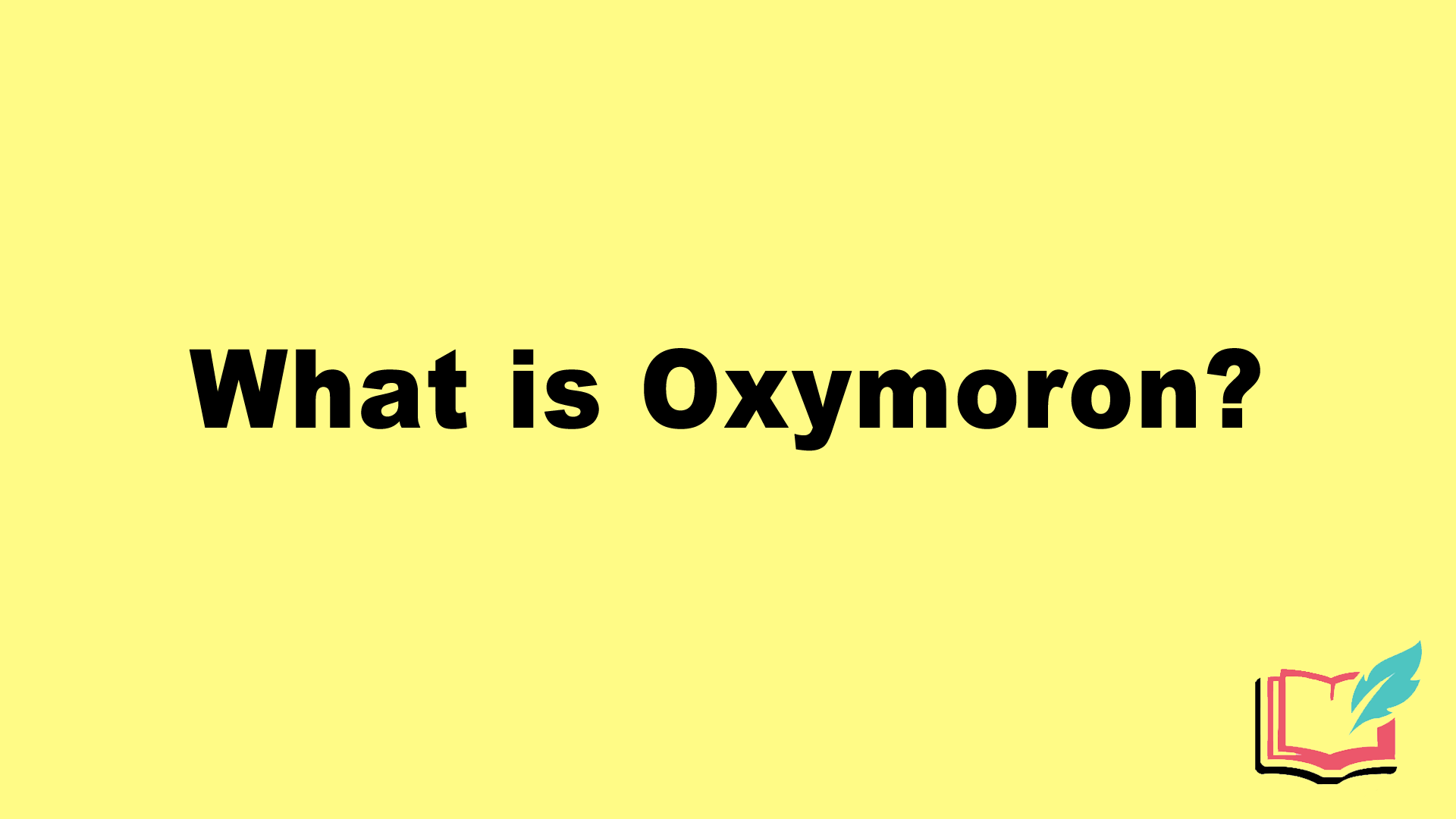 Oxymoron is the combination of contradictory words or ideas in order to create a specific effect. Oxymorons are a type of figurative language that expresses a particular thought or sentiment by joining two opposite ideas.

Oxymoron is the intentional combination of two opposing ideas in order to uniquely describe certain things or situations. Most commonly, oxymoron combines an adjective followed by a noun that has contradictory meanings.

For example, someone might describe his or her office as an “organized mess.” Oxymoron can be presented where the contrasting words or ideas are next to each other, or it can be spread out in a sentence, for example: “He is killing me with kindness today.”

Other common oxymorons include:

Difference Between Oxymoron and Paradox

Oxymoron vs. Paradox: It is important to understand the difference between the two similar ideas, oxymoron and paradox. While both terms deal with contradictory statements, an oxymoron is a contradiction of two opposite words and instead of making literal sense, oxymoron produces dramatic effect. Paradox is a general contradiction to the truth that can involve several sentences or groups of sentences.

Paradox involves the presentation of a situation in which who ideas or events are unlikely to exist together. It tends to be more abstract and indirect than oxymoron and is used to create contradictory expectations and/or opinions on a particular matter. For example, the idea that your friend’s enemy is your friend would be a paradox because it is abstract and relating opposing ideas rather than opposing words.

Oxymoron is a figure of speech that can reveal a paradox, but it is not the same thing as a paradox.

The Importance of Oxymoron

Oxymorons are important for a number of reasons. They can spice up language and conversation with wit and humor when used casually. They can also challenge beliefs and prompt the audience with confusing phrases so that they will think harder about the material. Oxymorons can prompt audiences to use logic to think more deeply than normal in order to reveal deeper, more complex truths.

The overall effect of oxymoron is to produce a dramatic element in writing. Oxymorons can appeal to readers’ emotional senses by revealing the complex natures of certain human conditions and/or experiences by bringing two opposing ideas together in a way that can be confusing, uncomfortable, or stimulating.

Furthermore, oxymorons can help writers express complex ideas that are not easily understood. Rather than going on a tangent to describe an unusual idea, an author can use contradictions in the form of oxymorons in order to briefly convey what needs to be expressed.

In Romeo and Juliet by William Shakespeare, Romeo experiences intense emotional turmoil when he realizes the pain of loving someone who he presumably cannot have. In order to accurately express the dizzying inner conflict, Shakespeare uses a series of oxymorons in order to show how confused and hurt Romeo is feeling:

O anything, of nothing first create!

Still-waking sleep, that is not what it is!

This love feel I, that feel no love in this.

Dost thou not laugh?

Oxymoron is again used to represent intense emotional confusion and pain in Earnest Hemmingway’s For Whom the Bell Tolls which takes place during the Spanish Civil War. The contradiction of love and war is mirrored in Hemmingway’s language. In the following excerpt, the phrase “warm, scalding coolness” emphasizes the intensity of the two lovers reuniting during such a tumultuous time:

She held herself tight to him and her lips looked for his and then found them and were against them and he felt her, fresh, new and smooth and young and lovely with the warm, scalding coolness and unbelievable to be there in the robe that was as familiar as his clothes, or his shoes, or his duty and then she said, frightenedly, “And now let us do quickly what it is we do so that the other is all gone.”

Alfred Lord Tennyson’s poem “Lancelot and Elaine” uses oxymoron in order to describe the temptation Lancelot experiences as he is torn on whether or not to remain true to his love for Guinevere, as he feels tempted by another woman. The phrase “honour rooted in dishonour” refers to the fact that Guinevere is actually King Arthur’s wife and his love is already less than honorable, anyway.

And peradventure had he seen her first
She might have made this and that other world
Another world for the sick man; but now
The shackles of an old love straitened him,
His honour rooted in dishonour stood,
And faith unfaithful kept him falsely true.

Recap: What is Oxymoron in Literature?

Oxymoron is the contradiction created by comparing two opposing ideas in a sentence in order to create dramatic effect. Oxymoron serves to make language more dynamic and can help express complicated ideas.