What is the Motif in a Story? Definition, Examples of Literary Motif

Home / Literary Devices / What is the Motif in a Story? Definition, Examples of Literary Motif 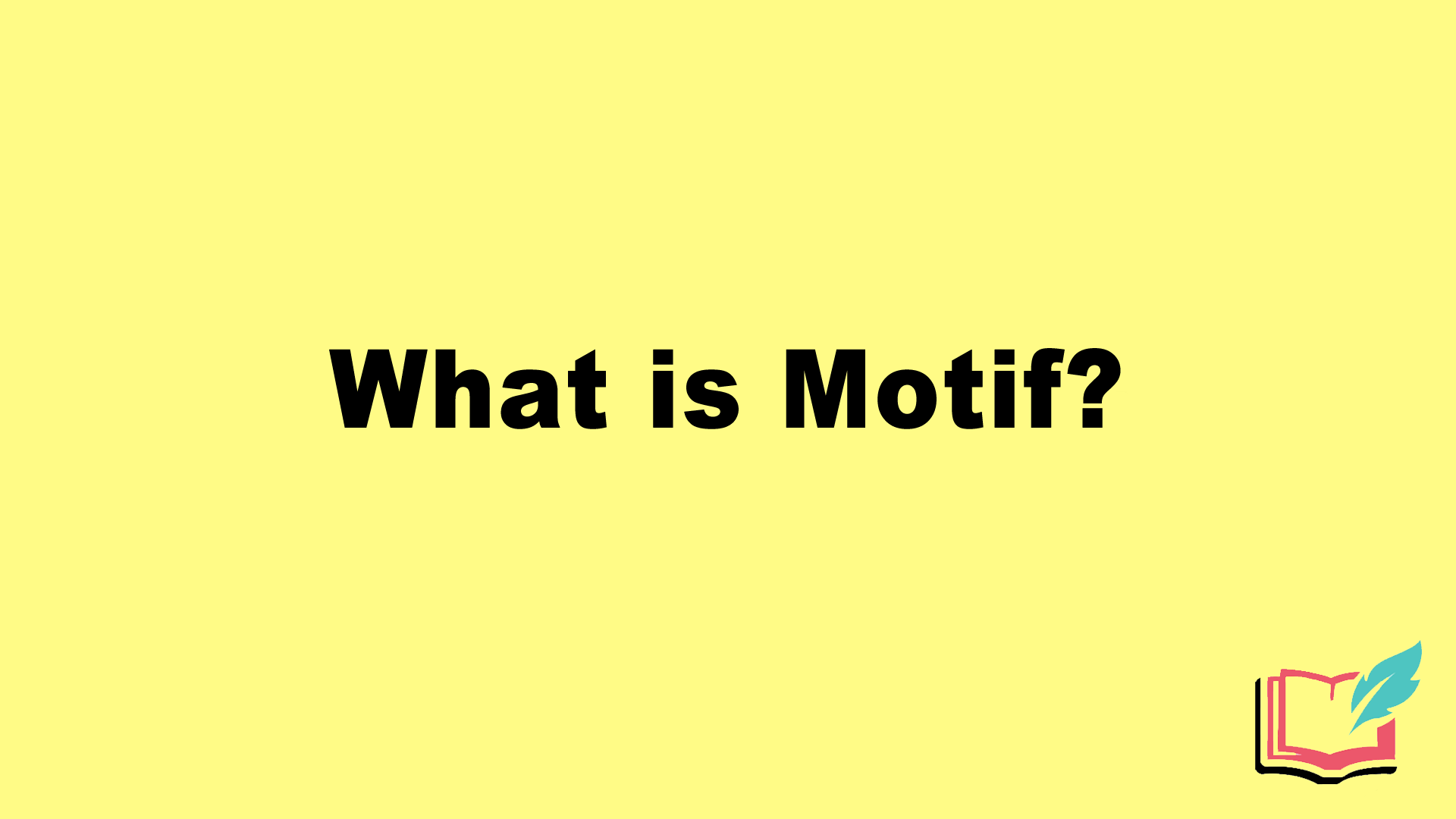 A motif is an object or concept that is repeated throughout a literary work in order to create a repetition of specific themes. Motifs are recognizable to the audience and serve to uphold important concepts throughout the story.

What is a Motif?

A motif is an object, idea, subject, or image that is consistently noticeable throughout a story. Motifs can occur in TV shows and movies as well as books, poetry, and dramas. Motifs can help to strengthen or reinforce a theme by use of repetition and consistency.

Motifs are important symbols that take the form of sounds, items, words, characters, and other things of that nature. While a theme is defined as a central message to a story, a motif is something that consistently contributes to the theme through carefully placed uses of symbolism.

Motifs can be things such as peculiarly shaped clouds, background characters, animals, architectural characteristics, etc. A motif can basically be anything as long as it consistently pops up in a way that is noticeable to the audience and contributes to the overall theme.

Difference Between Motif and Symbol

Motif vs. Symbol: While motif and symbolism are related, it is important to understand their distinctions in how they contribute to a story.

Symbols are ideas, things, words, etc. that refer to something else with the purpose of helping the audience to understand that specific thing. Symbols may occur once or twice but generally are not recurrent throughout a story.

A motif, on the other hand, is when these ideas, things, words, etc. help to explain a story’s central theme and consistently show up throughout a story.

Difference Between Motif and Theme

Motif vs. Theme: As discussed above, theme and motif are two important aspects of a story that are directly related but ultimately are defined as two distinct things.

Additionally, themes are generally something that you can expect to be abstract. Motif is something that is more concrete; you can point out specific instances where motifs occurred and describe how each one relates back to the theme.

The Importance of Motifs

As has been discussed in detail now, a motif’s main purpose is to present and uphold a major theme of a story. Beyond that, motifs can add depth and further clarity to a theme, including providing information on how that theme has been developed and why it is the overarching main idea of the story.

As a reminder, motifs use repetition to reinforce the theme. The repetition and patterned nature of motifs emphasizes the most important parts and aspects of a story. A traceable pattern will emerge with the proper use of motifs.

For example, maybe every time a character experiences a bad memory, they will also see a dog in the distance. The audience will start to pick up on the fact that dogs occurring during intense emotional scenes means something to the development of that character, which therefore supports the theme.

In Joseph Conrad’s Heart of Darkness, motifs occur in the form over overhearing information or eavesdropping. The main character, Marlow, learns a lot of important things by sitting back and observing what is going on around him. Rest assured, if Marlow is listening in on something that he is not actively engaged in, there’s a high likelihood that he will learn information that helps to develop the theme. In this case, overhearing information supports a theme of ambivalence.

Old Man by the Sea by Earnest Hemmingway uses the types of wounds Jesus Christ experienced when being crucified on the cross, according to the Bible. These types of injuries are motifs that point to the theme that Santiago is a Christ-like character. This is affirmed when Santiago dies for others, like Jesus Christ did in the Bible.

Jane Austen’s Pride and Prejudice has a motif of traveling. Journeys serve to uphold the theme of change and growth coming that occurs as a result of being more open-minded.

Recap: What is Motif in Literature?

Motifs are objects, characters, ideas, and subjects that occur repeatedly throughout a work in order to emphasize theme. They are recognizable to the audience in a way that alerts them to important updates and restatements relating to the theme.