What is Half Rhyme? Definition, Examples of Literary Half Rhyme

Home / Literary Devices / What is Half Rhyme? Definition, Examples of Literary Half Rhyme 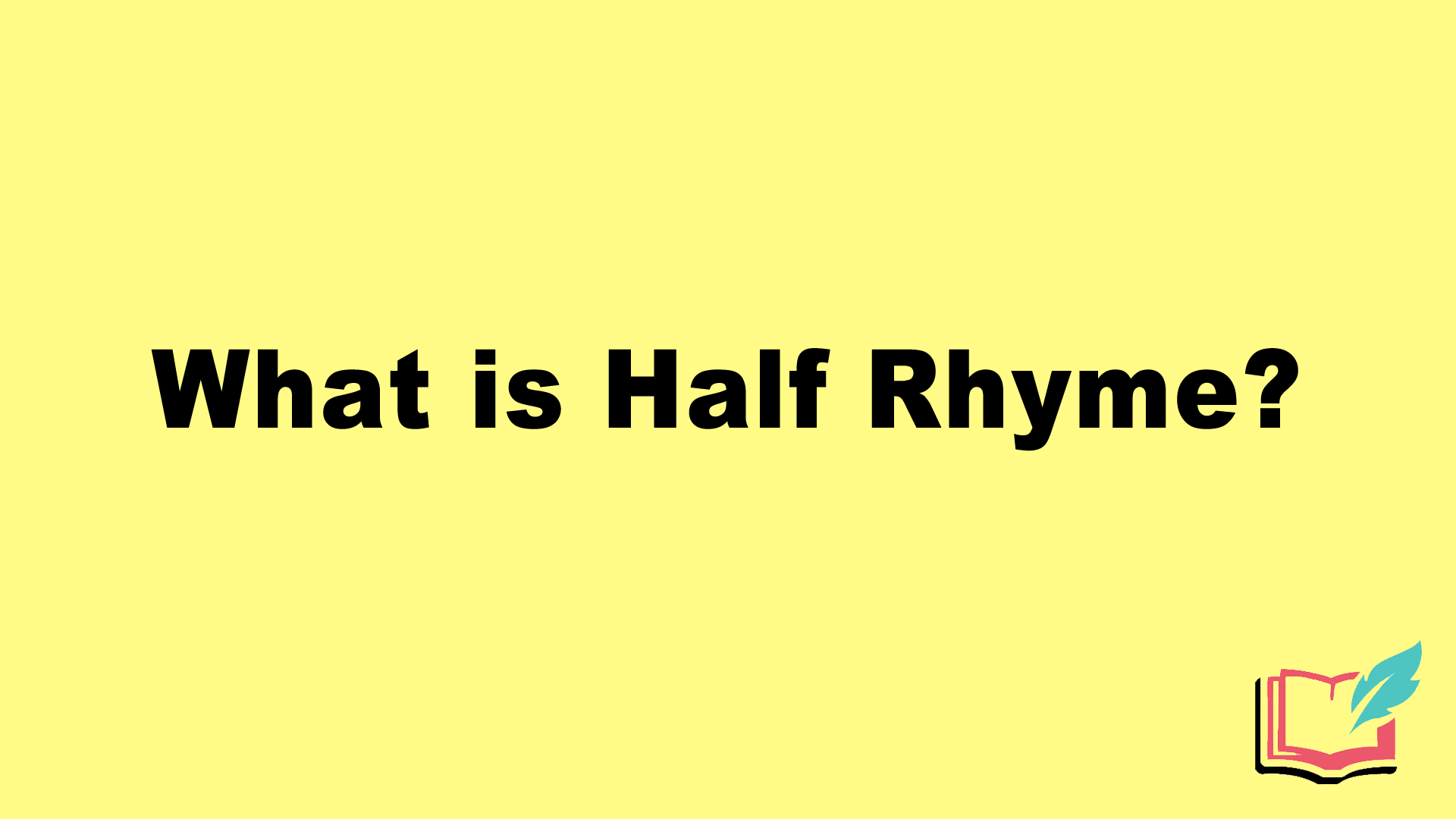 Half rhyme is a poetic device in which assonance and consonance are used to connect words that do not technically rhyme but have similar sounds. Half rhyme uses the similar vowel sounds and ending consonant sounds to create the illusion of a rhyme.

What is Half Rhyme?

Half rhyme can also be referred to as “imperfect rhyme” or “slant rhyme” because the stressed syllables in a word’s ending consonants match even though the word does not create an actual rhyme.

For example, the words “hold” and “bald” have the same strong ending consonant sounds but the vowels do not work together to create a perfect rhyme. However, what this similar ending consonant sound does is create the illusion of a rhyme where an actual rhyme is not practical or necessary.

Since half rhyme is not a full rhyme, it is a useful poetic device that helps manipulate how words are perceived, just like pararhyme and assonance do. However, it is important to understand how these terms differ from one another.

The Function of Half Rhyme

Half rhyme can help a poet bring together a wide variety of words that create an effect of rhyming without having to stick to the strict rules of perfect rhymes. Half rhyme can be particularly effective when it is compared with other poetic devices that manipulate the sounds of words.

Any type of rhyme creates a lyrical and rhythmic quality to words. This increases the stylistic effect and beauty of a poem. Half rhymes can break free from the tired and chiming effect that full rhymes tend to create and in turn, this can bring a more creative rhythm that breathes more life into a series of words.

Half rhyme can also create the illusion of a rhyme scheme when there is a need to break free, even for just one line. For example, if a poet has a rhyme scheme that they are sticking to, but they have a need to bring in some different words that do not adhere to the true rhymes they have already been using, a half rhyme could be a substitute that helps the rhyme carry on without major interruptions.

Examples of Half Rhyme in Literature

Half rhyme is mostly found in poetry and lyrics. Here are a few examples:

William Shakespeare’s “Sonnet 18” is one of his most famous sonnets. Shakespeare tended to use perfect rhymes in his works because he was just that skillful of a wordsmith, but there are half rhymes found in this sonnet which add flair and versatility. In this following excerpt, the words “temperate” and “date” are where you can find the half rhyme.

Shall I compare thee to a summer’s day?

Rough winds do shake the darling buds of May,

And summer’s lease hath all too short a date.

Beloved contemporary poet Mary Oliver wrote “Wild Geese” using some subtle half-rhymes that speak to her skillfulness with words. In the following excerpt, the half rhymes are found in the words at the end of the first three lines, stressing the final consonant “n”:

Tell me about despair, yours, and I will tell you mine.

Meanwhile the world goes on.

Meanwhile the sun and the clear pebbles of the rain

are moving across the landscapes

The poem “Sailing to Byzantium” by W. B. Yeats is a sonnet that is almost in the Italian form but the altered rhyme scheme by using half rhymes just narrowly causes the poem to avoid that classification. The half rhyme is emphasized in bold in the example:

That is no country for old men. The young

In one another’s arms, birds in the trees

Those dying generations – at their song,

Recap: What is Half Rhyme in Literature?

Half rhyme is a device used in poetry to create the illusion of a rhyme when it is in fact not an actual rhyme. Half rhyme does this by either matching vowel sounds or consonant sounds at the end of each word but not both.