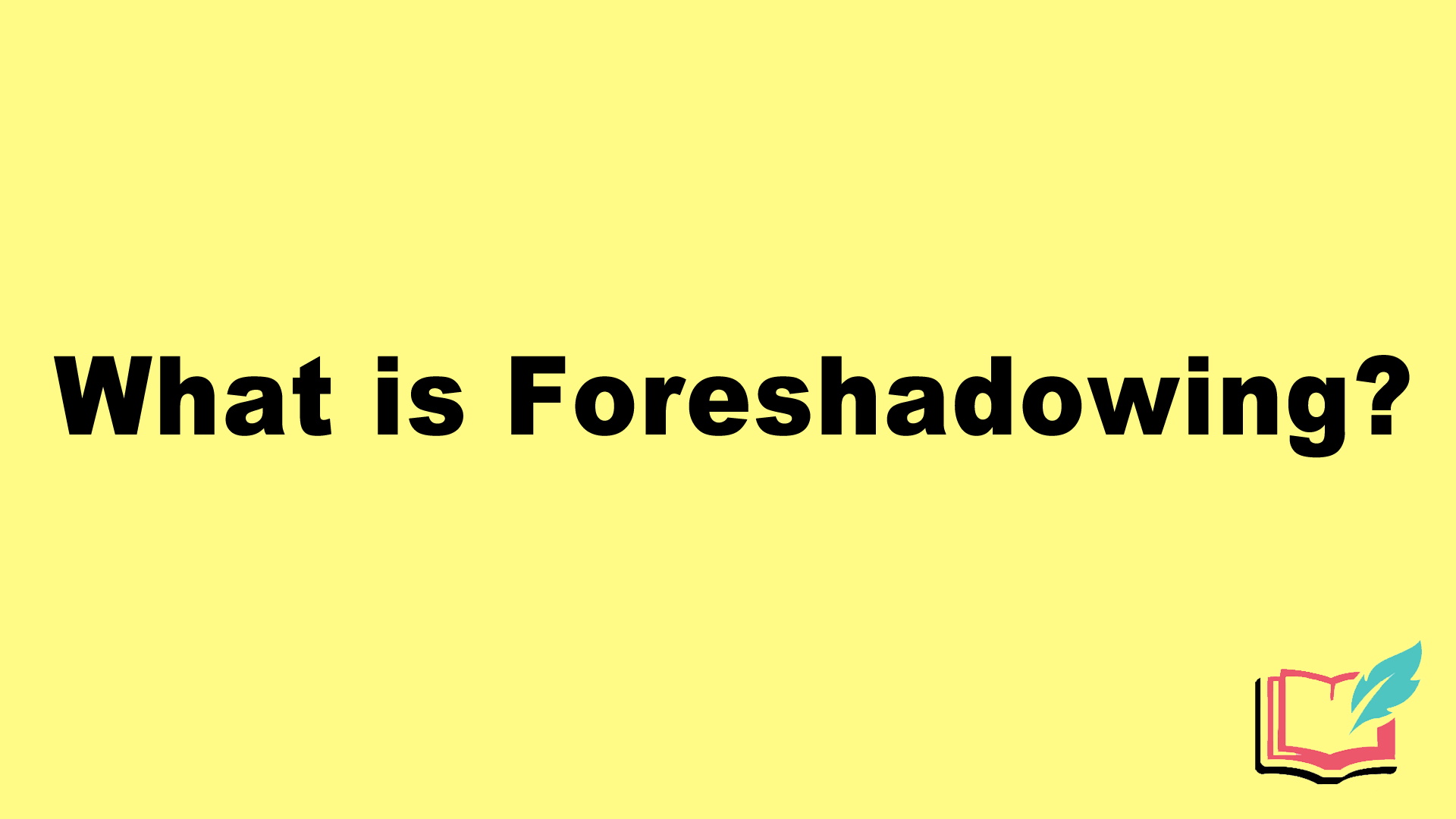 Foreshadowing is a literary technique in which a writer gives hints as to what is coming later in the story. Foreshadowing usually occurs in the beginning of a story or chapter and invites the reader to develop expectations that frame the way they experience the story.

Foreshadowing is a hint in a story that points to future events, plot twists, and character issues without actually revealing them. This helps to engage readers by building suspense and anticipation. Foreshadowing is found in all types of writing but is most common in fiction because of its usefulness as a plot device.

An everyday example of how foreshadowing could be presented would be can be shown through an example with the weather. If you describe the day as perfectly sunny and balmy but also take great care to mention that a cool wind has kicked up out of nowhere, this foreshadows that there will probably be a strong storm coming later on in the day.

Romeo and Juliet by William Shakespeare provides a great example of foreshadowing when Juliet expresses that she is afraid for Romeo’s safety when she suspects her family members may track him down. Romeo says that he would rather be able to know her love but die sooner than to live a long life having never been loved by her.

Life were better ended by their hate,

Than death prorogued, wanting of thy love.

Another popular literary work, “The Raven” by Edgar Allan Poe, uses foreshadowing as a technique to set the mood. In this famous poem, Poe sets the scene at midnight on a gloomy night when the narrator suddenly hears a knock at the door. If Poe did not set the scene to be so mysterious and spooky, it might not matter that there was a knock at the door.

Furthermore, the fact that the narrator says it is only a visitor seems ominous and as readers, we suspect there is more to that knocking sound.

Once upon a midnight dreary, while I pondered weak and weary,

Over many a quaint and curious volume of forgotten lore—

While I nodded, nearly napping, suddenly there came a tapping

As of some one gently rapping, rapping at my chamber door.

‘Tis some visitor,’ I muttered, ‘tapping at my chamber door—

Only this, and nothing more.’

The Importance of Foreshadowing

Foreshadowing can help to advance the plot and can also be a useful tool for introducing outlandish scenarios. Since the readers have had a chance to expect that something absurd may occur, it can lend credibility to the story. Otherwise, readers may feel put-off by a sudden twist and lose interest in the story because they don’t feel connected to it.

How Can You Create Foreshadowing?

Foreshadowing can occur in many ways. For example, a writer might use dialogue to reveal the hints, they may allude to it through how the present action is unfolding, or even put it in chapter titles.

Suspense and reader interest are heightened with the skillful use of foreshadowing that make keep readers involved in the story.

So furious had been the gusts, that high buildings in town had had the lead stripped off their roofs; and in the country, trees had been torn up, and sails of windmills carried away; and gloomy accounts had come in from the coast, of shipwreck and death.

In Macbeth by William Shakespeare, witches are used as omens that foreshadow the characters’ upcoming ruin:

All hail, Macbeth! Hail to thee, Thane of Glamis!

All hail, Macbeth! Hail to thee, Thane of Cawdor!

All hail, Macbeth, that shalt be king hereafter!

In the fairy tale Little Red Riding Hood, the young girl’s mother is concerned for her daughter going off into the woods alone. This foreshadows that something bad will happen, which turns out, of course, to be the big bad wolf.

Recap: What is Foreshadowing in Literature?

Foreshadowing is a useful tool to advance the plot. Hints are dropped for the reader that suggest that something specific may be coming up.

This is a tool used heavily in mystery and suspense genres, but it can also be used to suggest upcoming positive and humorous events, as well. Foreshadowing keeps readers engaged and provides an element of anticipation in a story.