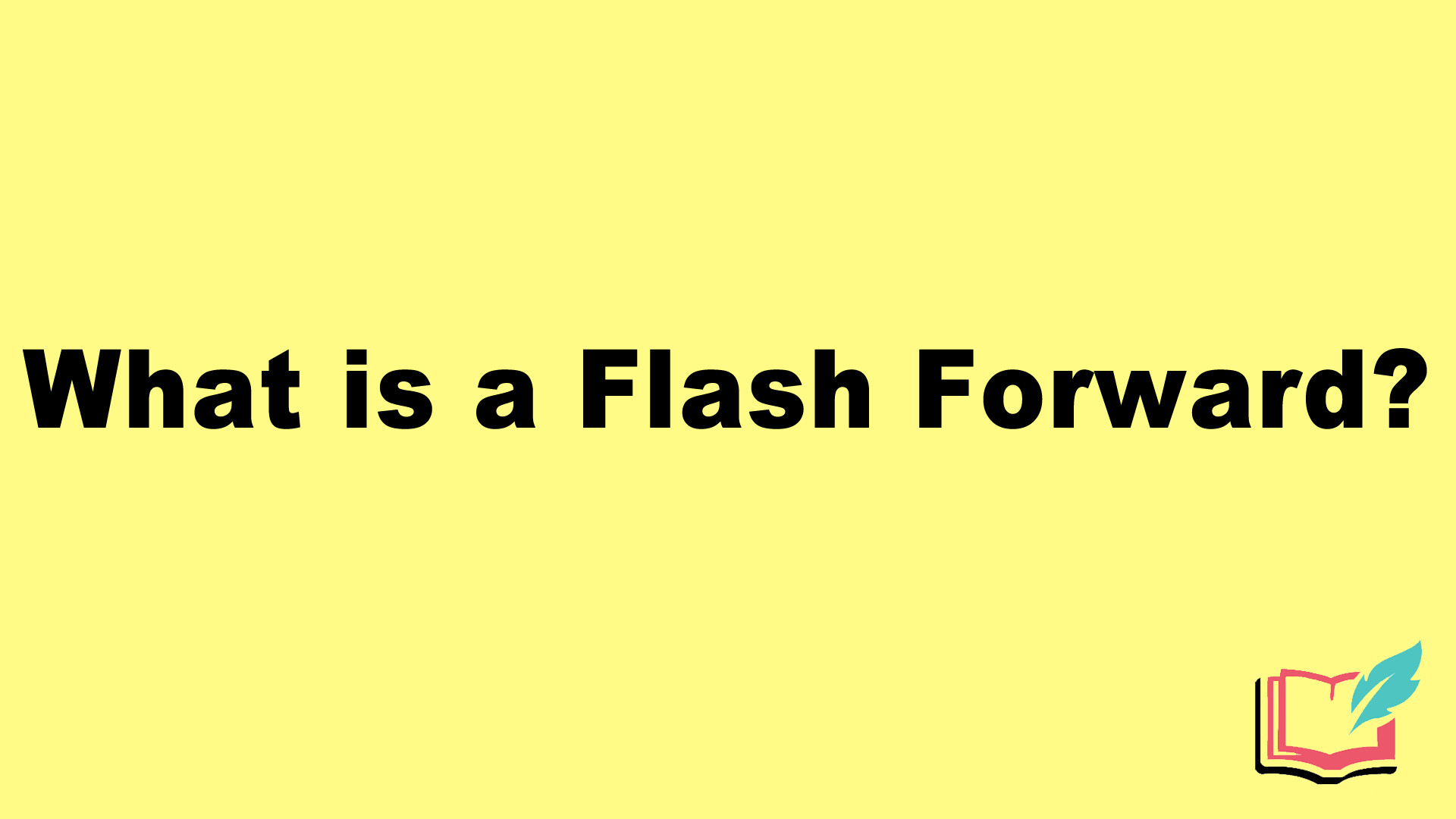 Flash forward is a literary device in which the plot skips ahead in its chronological sequence in order to reveal important information. Flash forward reveals expected events of the future as an interjection to the main plot.

What is a Flash Forward?

Flash forward interrupts the plot’s chronological flow in order to move a narrative away from its current time. In this case, the movement of the plot is towards future events, either real or imagined. This serves to reveal important information to the audience.

Generally, a flash forward is a short scene in which the action has jumped ahead and then the action returns to the present as the plot continues normally, except there is now an awareness of what is coming.

Flash forwards reveal something important about a character, setting, plot, or idea by showing what will happen before it happens. This creates suspense on the part of the audience.

Difference Between Flash Forward and Foreshadowing

Flash Forward vs. Foreshadowing: Flash forward is a similar idea to foreshadowing but it is important to understand the differences between the two. The major difference between the two ideas is that foreshadowing hints at something to come later in the plot without actually interrupting the timeline and/or forward progression of the story’s main plot. Flash forward, however, leaves the present moment in the narrative and jumps ahead in time to reveal information before returning back to the present in the narrative structure.

Foreshadowing tends to be more of an abstract idea whereas flash forward takes the reader ahead chronologically to reveal key information and/or events. Because of this difference in structure, it is usually the case that foreshadowing are generally just hints about what is to come, whereas flash forward is presented as a stand-alone scene in which information that is going to happen is revealed.

The Purpose of Flash Forward

Flash forward is important because it reveals information that hasn’t happened yet, adding to the overall storyline in significant ways. This reveal of future events in the form of a flash forward helps to increase tension, heighten reader engagement, and create anticipation about the plot’s outcome.

Furthermore, flash forwards help to enhance the creativity of a story, both on the part of the writer and the perspective of the reader. In terms of the story, flash forward increases artistry by developing a more complex plot structure in a way that introduces an atypical element to the storyline. From the reader’s view, flash forward encourages the audience to be creative in how they are experiencing the story by making inferences. This builds anticipation and excitement.

Examples of Flash Forward in Literature

A Christmas Carol by Charles Dickens is perhaps one of the most famous examples of flash forward being prominently used in a storyline. Scrooge is visited by the Ghost of Christmas Yet to Come which shows Scrooge what his future is going to look like unless he changes his ways. This flash forward scares Scrooge straight and he becomes a kinder, more generous person, leading the audience to believe that his future will no longer pan out the way the flash forward indicated. The major effect of this flash forward was to teach a moral lesson.

Elie Wiesel’s memoir Night uses flash forward in order to show the long-lasting effects that his time in the Nazi concentration camps had on him throughout his life. While he is describing what life was like in the camps, he flashes forward to an event he witnessed in which people are mocking poor children. It reminds him of the horrors of being in a concentration camp and this serves to show the audience how the events of his childhood stuck with him for his whole life.

Recap: What is Flash Forward in Literature?

Flash forward is when a narrative plot skips ahead in order to reveal future events. This serves to reveal important information to the audience which creates an effect of anticipation and suspense.