What is a Fable in Literature? Definition, Examples of Literary Fables

Home / Literary Devices / What is a Fable in Literature? Definition, Examples of Literary Fables 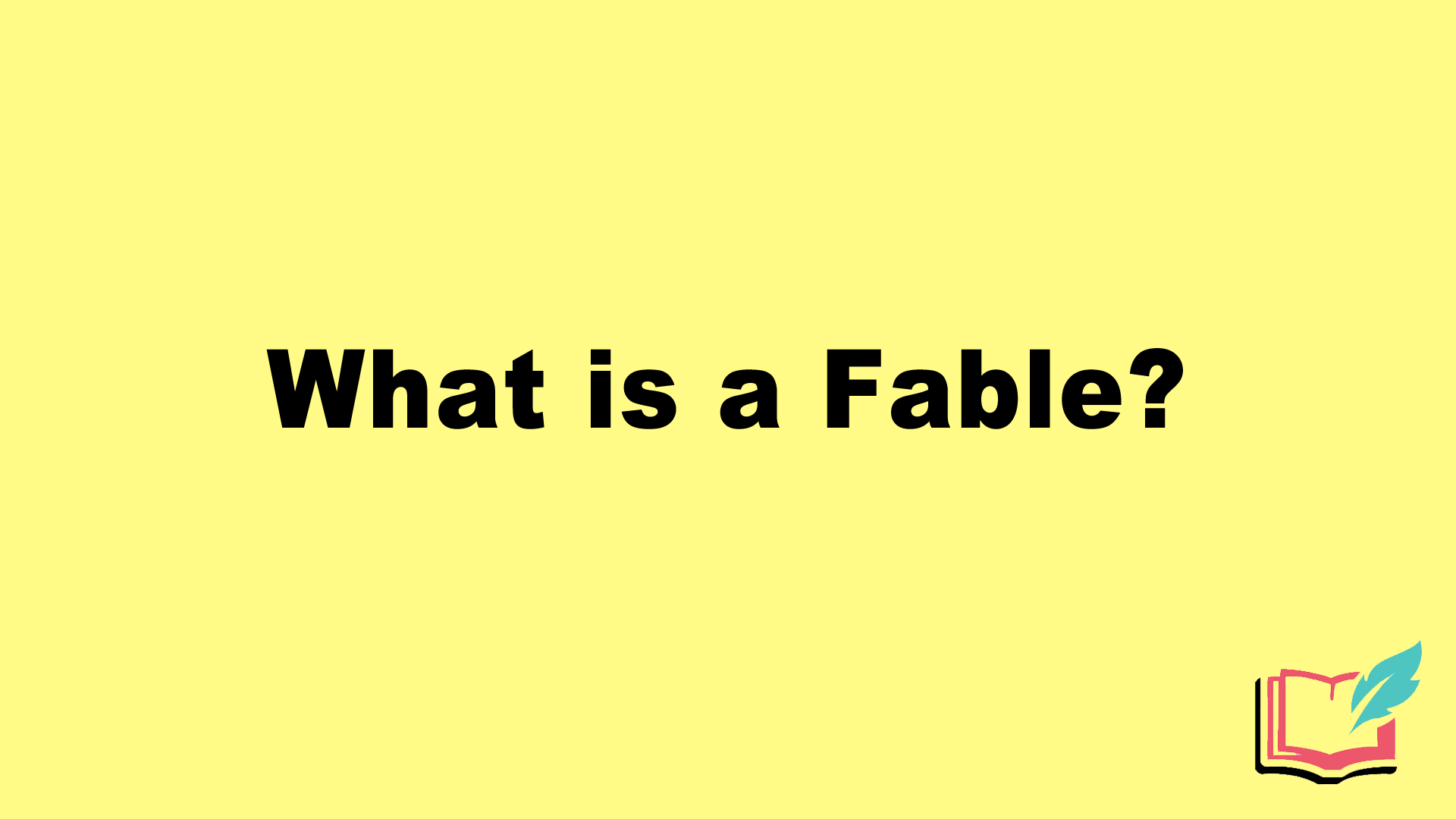 Fable is a short, concise story that tells a moral lesson. Fables tend to use personified animals or objects as characters and subsequently can be considered part of the fantasy subgenre of fiction.

What is a Fable?

Fables are fictional stories with specific moral lessons that are imparted to the reader. Fables can be either prose or poetry as long as they teach a lesson. Most of the time, fables use animals as characters and sometimes objects like household items that come to life and/or parts of nature can be used as characters as well. Regardless of what kinds of things are used as main characters, they are given anthropomorphic qualities to make them think and act like humans.

For example, Aesop’s Fables is a collection of tales like “The Tortoise and the Hare” and “The Lion and the Mouse” in which animals interact like humans would and lessons are revealed at the end that aim to teach readers something about life.

Difference Between Fable and Parable

Fable vs. Parable: Fables and parables are both stories that reveal a moral lesson. However, there are differences that you should be aware of. Most notably, parables tend to teach their moral lessons through human characters whereas fables teach lessons with the anthropomorphic characters. Parables also tend to come from religious teachings. For example, many parables that most people are familiar with originated in the Holy Bible.

An example of a parable is The Rich Man and Lazarus found in the Bible. This story uses humans to teach the lesson that it is important to be charitable and to give to those less fortunate. This is demonstrated through the rich man’s refusal to be charitable towards Lazarus and found himself sent to Hell upon his death whereas Lazarus was allowed into Heaven. Like in a fable, the good actions were rewarded while the bad actions were punished but this is done through a religious story in which the characters are human.

The Purpose of Fables

The major purpose of fables is to teach moral lessons. Usually, fables are aimed at children with their use of fantasy and whimsical human-like characters. As far as child audiences are concerned, fables can teach through examples in which good actions are rewarded and evil actions are punished to the highest degree.

In a broader sense, fables give audiences a chance to find humor in the trials of the human condition. In certain cases, fables can also serve as satire and criticism which draws attention to larger cultural, societal, or humankind problems.

Fables are a good way to convey moral meaning because they are simple in nature and can be easily digested by all kinds of people. Traditionally speaking, many fables were passed down from generation to generation orally and even though they are typically found in written formats at this point in history, they are not difficult to retell orally.

Examples of Fables in Literature

For thousands of years, the stories of the Chinese Zodiac have been passed down orally and then eventually they were transcribed and translated in the written form. In the story, the emperor decides the order of the years will be based on the order of what animals arrived to be his guards. Now, it is believed that people who are born in the year corresponding with any particular animal will share the traits of that animal and how it made its way to the emperor.

George Orwell’s Animal Farm is a novella about political revolution in which the animals are human-like and overthrow the actual human farm owners in order to rule themselves. Although a unique type of fable, the story is a fable all the same that aims to satirize political revolution and how they tend to contradict their original plans and messages to the people.

Aesop’s Fables by Aesop is, of course, the most notable example of fables. A collection of historic and perpetually relevant stories, Aesop’s Fables tell stories about communication issues and teaches lessons about the realities of life.

Recap: What is a Fable in Literature?

Fables are stories that teach moral lessons by using non-human characters who have human characteristics. They have a whimsical and fantasy element to them because of this and can reach broad audiences from children to adults.