What is Exposition as a Literary Term? Definition, Examples of Literary Exposition

Home / Literary Devices / What is Exposition as a Literary Term? Definition, Examples of Literary Exposition 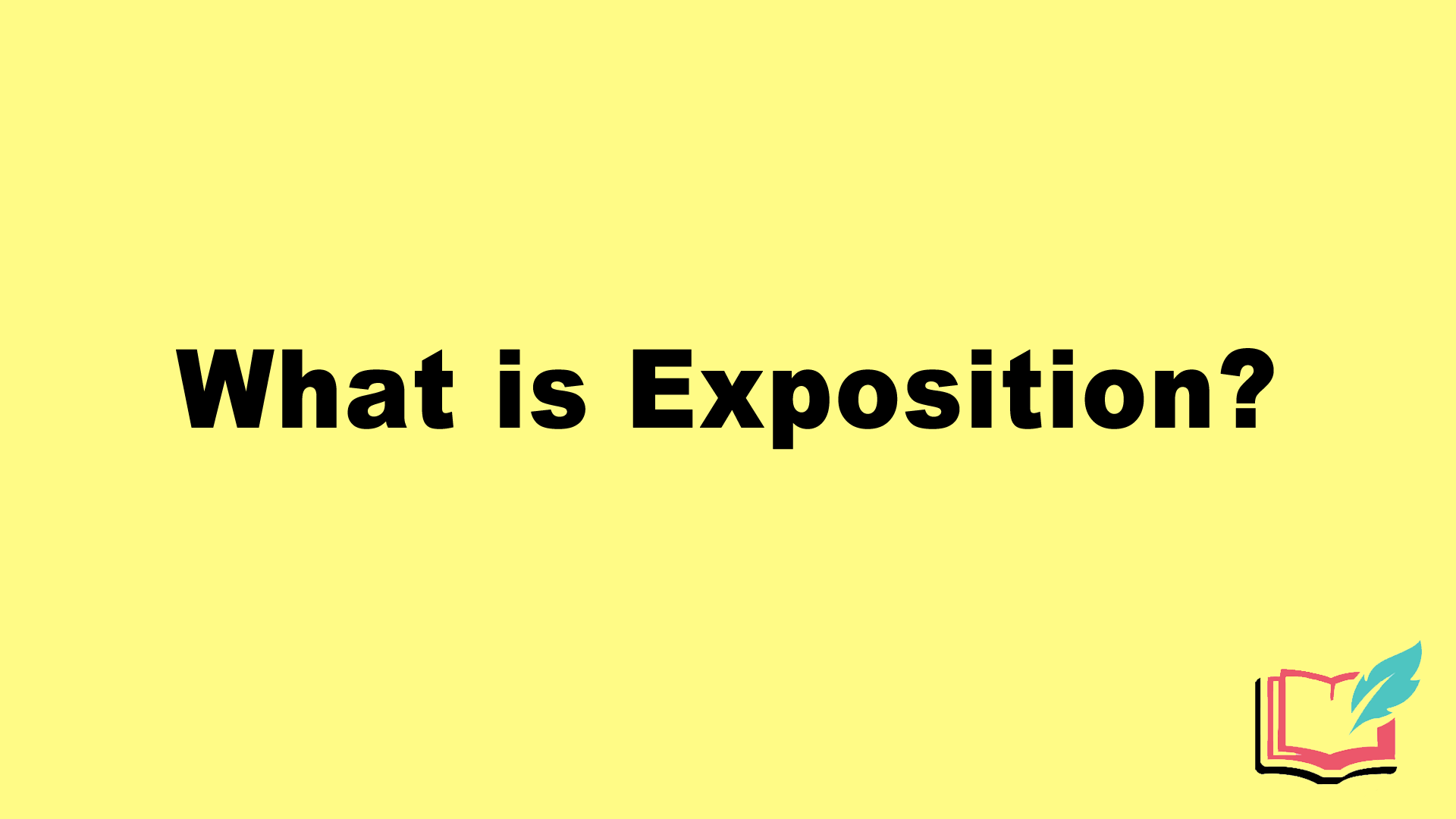 Exposition is a literary term that introduces necessary information about events, setting, characters, and other elements that are necessary to an audience’s ability to fully comprehend a story.

Exposition gives audience basic information at the beginning of a story so that they have a context in which to frame the rest of the narrative.

Exposition is usually found in the first paragraphs of a story. The purpose of exposition is to make the audience familiar with where,when, and in what waythe character(s) are experiencing the story.

After a couple of paragraphs about the setting and an explanation of who the Dursleys are, Rowling begins to describe more relevant details about the upcoming story:

The Dursleys had everything they wanted, but they also had a secret, and their greatest fear was that somebody would discover it. They didn’t think they could bear it if anyone found out about the Potters. Mrs. Potter was Mrs. Dursley’s sister, but they hadn’t met for several years; in fact, Mrs. Dursley pretended she didn’t have a sister, because her sister and her good-for-nothing husband were as unDursleyish as it was possible to be… The Dursleys knew that the Potters had a small son, too, but they had never seen him. This boy was another good reason for keeping the Potters away; they didn’t want Dudley mixing with a child like that.

When Mr. and Mrs. Dursley woke up on the dull, gray Tuesday our story begins, there was nothing about the cloudy sky outside to suggest that strange and mysterious things would soon be happening…

In the above quote, we can see Rowling outlining the Dursleys as uptight and no-nonsense type characters who disapprove of any type of person who is not like them. This sets the audience up to understand that they are probably about to have to deal with people they disapprove of, specifically dealing with the Potters and that it is going to be strange.

Exposition is a tool used in any type of story-telling, not just in books and literature. Movies and films use exposition in the same way a novel would. It is still necessary to set up the characters, setting, and to provide some backstory in the beginning of a movie or film so that the audience has a reason to be interested enough to keep watching.

In the same way a story would use the first couple of paragraphs to set up exposition, a movie or film will use the first scene to portray what needs to be introduced early on.

Here are some examples of films with effective exposition scenes:

The Function of Exposition

Just about anything we read has an element of exposition to it so that we can understand the materials fully. Books, short stories, articles, etc. all use exposition to connect readers to the main idea or story by providing background information.

Without an exposition, these types of writing would all be incomplete.

In a narrative story, the tidiness, purpose, and main point are all lost without an exposition. Having an effective backstory at the beginning of a narrative will add to literary value because it creates a connection between audience and the story. For example, if characters are introduced properly in an exposition, the reader will connect off the bat and will likely continue to for the entire story.

Exposition is also used in academic, journalistic, or entertaining articles. In this type of writing, exposition functions to introduce the subject, what stands to be learned, and to report on changes or developments in a topic.

How Exposition is Used in Literature

Exposition is used across literary genres. The following examples show effective use of exposition in literature:

William Shakespeare’s Romeo and Julietprovides a great example of exposition in the form of a prologue which can be experienced either with a narrator reciting the prologue prior to the start of a physical performance of the place, or as read individually.

In the prologue, the audience is introduced to the families, the setting, and why there is a problem with Romeo and Juliet being in love with each other. The story deals with the timeless themes of forbidden love and loss and part of the audience’s ability to connect is their having the necessary backstory right from the start:

Two households, both alike in dignity,

In fair Verona, where we lay our scene,

From forth the fatal loins of these two foes

A pair of star-cross’d lovers take their life;

Do with their death bury their parents’ strife.

The fearful passage of the death-mark’d love,

And the continuance of their parents’ rage,

Which, but their children’s end, nought could remove,

Is now the two hours’ traffic of our stage;

The which if you with patient ears attend,

What here shall miss, our toil shall strive to mend.”

In Pride and Prejudice by Jane Austen, the exposition occurs through the use of dialogue between the parents of the main character, Elizabeth.

Through this conversation, the audience comes to learn who a few important characters are, and that the issue of marriage is at hand:

“My dear Mr. Bennet,” said his lady to him one day, “have you heard that Netherfield Park is let at last?”

Mr. Bennet replied that he had not.

“But it is,” returned she; “for Mrs. Long has just been here, and she told me all about it.”

Mr. Bennet made no answer.

“Do you not want to know who has taken it?” cried his wife impatiently.

“You want to tell me, and I have no objection to hearing it.”

This was invitation enough.

“Why, my dear, you must know, Mrs. Long says that Netherfield is taken by a young man of large fortune from the north of England; that he came down on Monday in a chaise and four to see the place, and was so much delighted with it, that he agreed with Mr. Morris immediately; that he is to take possession before Michaelmas, and some of his servants are to be in the house by the end of next week.”

“Is he married or single?

“Oh! Single, my dear, to be sure! A single man of large fortune; four or five thousand a year. What a fine thing for our girls!”

Recap: What is Exposition in Literature?

Exposition is necessary to the success of a story because it affects the audience’s ability to connect from the start. With a carefully crafted exposition, the audience will learn something about characters, setting, important topics, and/or backstory. The information provided in the exposition will help to frame the rest of the narrative.