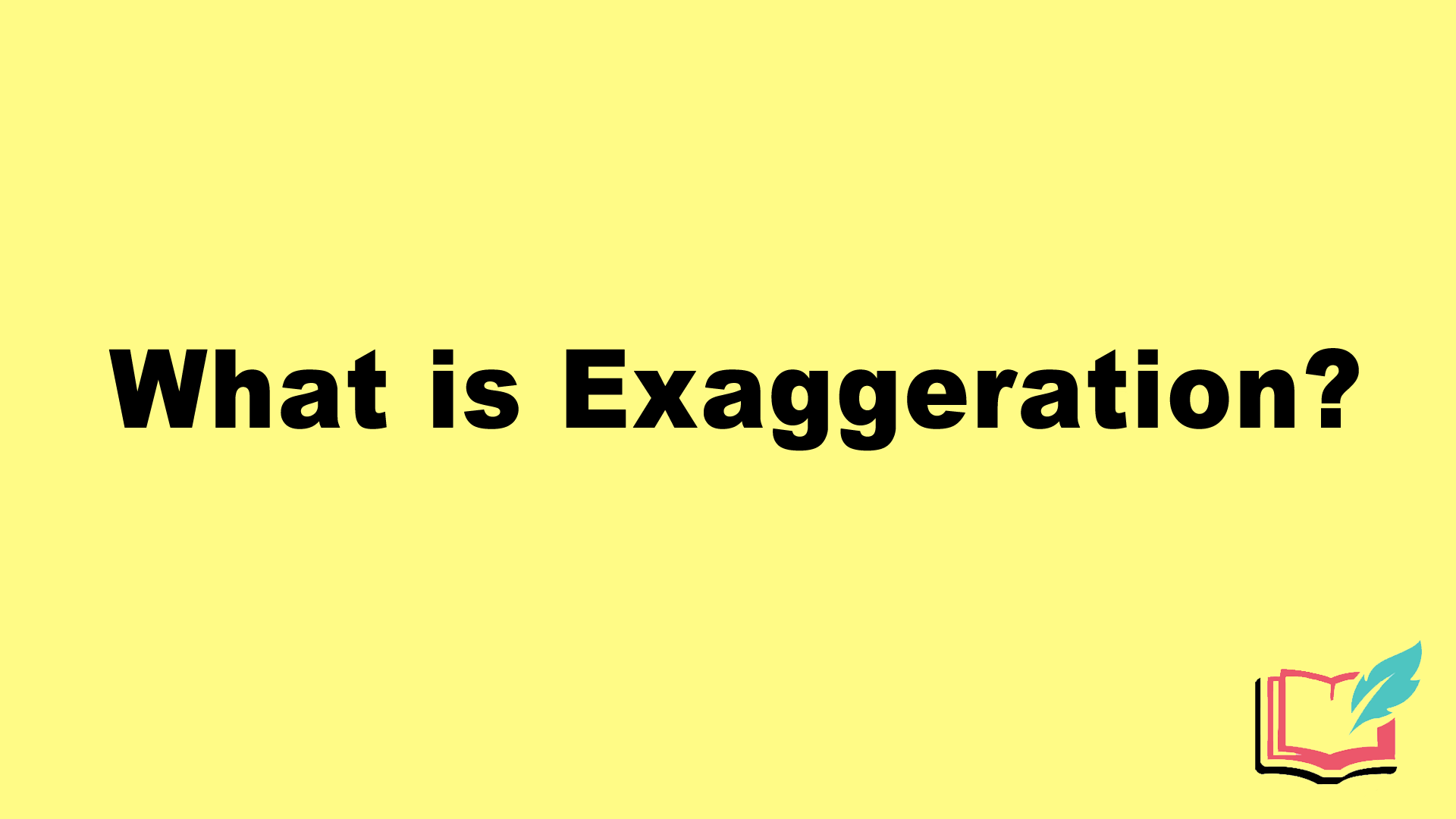 Exaggeration involves using overstatements in order to create a dramatic effect. Exaggeration causes something to seem more significant than it is in reality and this brings greater attention to that specific context.

Exaggeration is something that naturally occurs as a result of being a human being with emotions. Everybody exaggerates in different ways and for different reasons. In literature, exaggeration happens for much the same reason you might choose to exaggerate in a conversation. It creates dramatic effect that creates tension and can also add to suspense.

For example, a kid might say to their parent, “You never let me get cookies!” This is probably an exaggeration because the kid probably does get cookies from time to time. The meaning that comes from this use of exaggeration is that the kid thinks that they are not allowed to get cookies often enough and that it is unfair.

There are several literary devices that serve as a form of exaggeration. It is important to be aware of the main devices and how they function.

Overstatement is the process whereby something is stated more profoundly than it deserves, with the purpose of making the intended effect more dramatic. For example, in William Wordsworth’s poem “I Wandered Lonely as A Cloud,” he writes that the field of daffodils he found “stretched in never-ending line.” This helps to paint a picture for the audience and emphasizes how many lovely daffodils were there.

Hyperbole is another device that uses exaggeration to create dramatic effect. For example, you might tell a friend “It’s so good to see you! It’s been ages since we last spoke!” It probably has not been “ages,” but rather it feels like a long time because you’ve both been so busy.

Farce uses exaggeration to create comedic effect, usually aimed directly at the audience. Its goal is to make the audience laugh. For example, in a play if a character stumbles wildly around while hiccupping loudly, they are creating a farce out of drunkenness.

Caricature is another device that uses exaggeration for comedic effect. It exaggerates features or personality traits of a character in order to create humor. Charles Dickens, for example, liked to create caricatures of the different categories of people. The rich might be portrayed as being overly stuffy and conservative and uptight. Clergymen are portrayed as awkward and unattractive.

The Function of Exaggeration

Exaggeration in any form functions to emphasize certain ideas by overstating it in some way. This can add drama, suspense, humor, or any other type of affect that stirs up interest in the audience. Exaggeration is found in every type of writing and every genre because it has so much potential to create whatever kind of effect the author is aiming for.

In poetry, exaggeration can help to create mental pictures for the readers. The imagery and emotional responses created by exaggeration are found in devices like metaphors and simile. This helps readers relate more fully to poetry.

Examples of Exaggeration in Literature

The great piece of satire, “A Modest Proposal” by Jonathan Swift is an excellent example of exaggeration. The essay proposes that Ireland can be saved from poverty and decline if the children of all the poor families are killed and eaten. He says this is necessary since the citizens of Ireland failed to find a way out of financial decline. Obviously, the poverty issues in Ireland were more due to governmental issues than family issues, and Swift knew that. He used an exaggerated “solution” in order to draw criticism to a system that was hurting the citizens of Ireland.

The beloved and oft-quoted “Song” by John Donne uses exaggeration in order to create emotional effect. He proposes exaggerated scenarios to invite the audience to reflect more deeply on certain scenarios:

Go and catch a falling star,
Get with child a mandrake root,
Tell me where all past years are,
Or who cleft the devil’s foot,
Teach me to hear mermaids singing,
Or to keep off envy’s stinging,
And find
What wind
Serves to advance an honest mind.

If thou be’st born to strange sights,
Things invisible to see,
Ride ten thousand days and nights,
Till age snow white hairs on thee,
Thou, when thou return’st, wilt tell me,
All strange wonders that befell thee,
And swear,
No where
Lives a woman true, and fair.

Recap: What is Exaggeration in Literature?

Exaggeration exists in many forms including overstatement, hyperbole, farce, and caricature. Each form of exaggeration serves to over-emphasize a certain idea or trait in order to bring attention to that thing. Beyond this, exaggeration creates dramatic effect.