What is Epistrophe as a Literary Device? Definition, Examples of Epistrophe in Literature 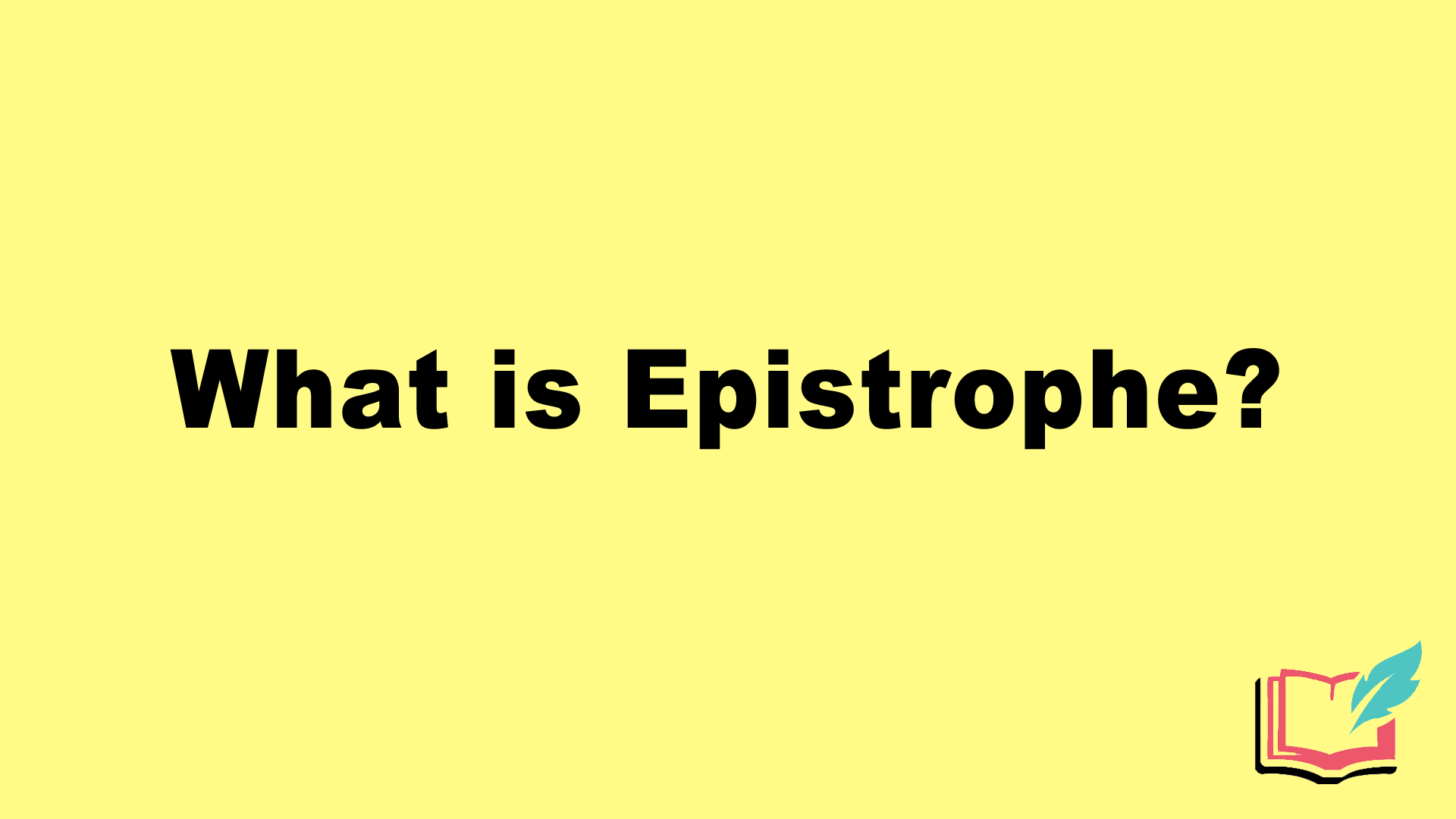 Epistrophe is a stylistic device that uses repetition of the same word at the end of each clause or sentence in a series for the purpose of rhetorical effect. Epistrophe can also be known as “epiphora” and it is a common device found in persuasive writing and speeches.

The core purpose of epistrophe is to emphasize a point over and over again. The effects of this can be strong, so epistrophe is a common and bold rhetorical tool. This repetition also creates rhythm in the words.

A similar rhetorical device to epistrophe is anaphora. It is important to understand the differences between the meaning and effects of each literary tool.

Epistrophe and anaphora both serve to create a rhythmic structure aimed to inspire, persuade, and appeal to the emotions of an audience. Both concepts bring an intensity to ideas through repetition and heighten artistic effect. Both forbid wandering attention on the part of the audience.

Don’t be mad once you see that he want it

The main purpose of epistrophe is to give emphasis to an idea. Repetition helps to make the ideas more memorable and the resulting rhythm can make the words more pleasant to read or listen to. Epistrophe also creates an emotional appeal so that audience feels more connected to the words.

How Epistrophe is Used in Literature

Epistrophe is often used in literary works in order to increase emotional responses. An idea that carries weight in the story can benefit from epistrophe as the reader will naturally be paying closer attention to these words.

In The Grapes of Wrathby John Steinbeck, epistrophe is used by an impassioned Tom Joad as he wishes that nobody else will have to go through what his family has been through:

Nelson Mandela’s “Inauguration Speech” in 1994 shows how epistrophe can be used particularly well for effect in speeches. In this case, Mandela aims to inspire and call his country to action:

The time for the healing of the wounds has come.

The moment to bridge the chasms that divides us has come.

The time to build is upon us.

If you did know to whom I gave the ring,

If you did know for whom I gave the ring,

And would conceive for what I gave the ring

And how unwillingly I left the ring,

When nought would be accepted but the ring,

You would abate the strength of your displeasure.

Recap: What is Epistrophe in Literature?

Epistrophe is a rhetorical device that allows writers to easily emphasize key ideas by repeating words or phrases at the end of a series of sentences or clauses. Epistrophe serves the purpose of creating emphasis and creating rhythm. In this way, epistrophe helps to make words more memorable and artistic. It can aid in persuading an audience, creating calls to action, building emotional appeals, and fostering connection.

Lyndon B. Johnson’s political speech of 1965, “The American Promise,” uses epistrophe in an aim to unite the people of the United States of America: