What is an Epiphany in Literature? Definition, Examples of Literary Epiphany

Home / Literary Devices / What is an Epiphany in Literature? Definition, Examples of Literary Epiphany 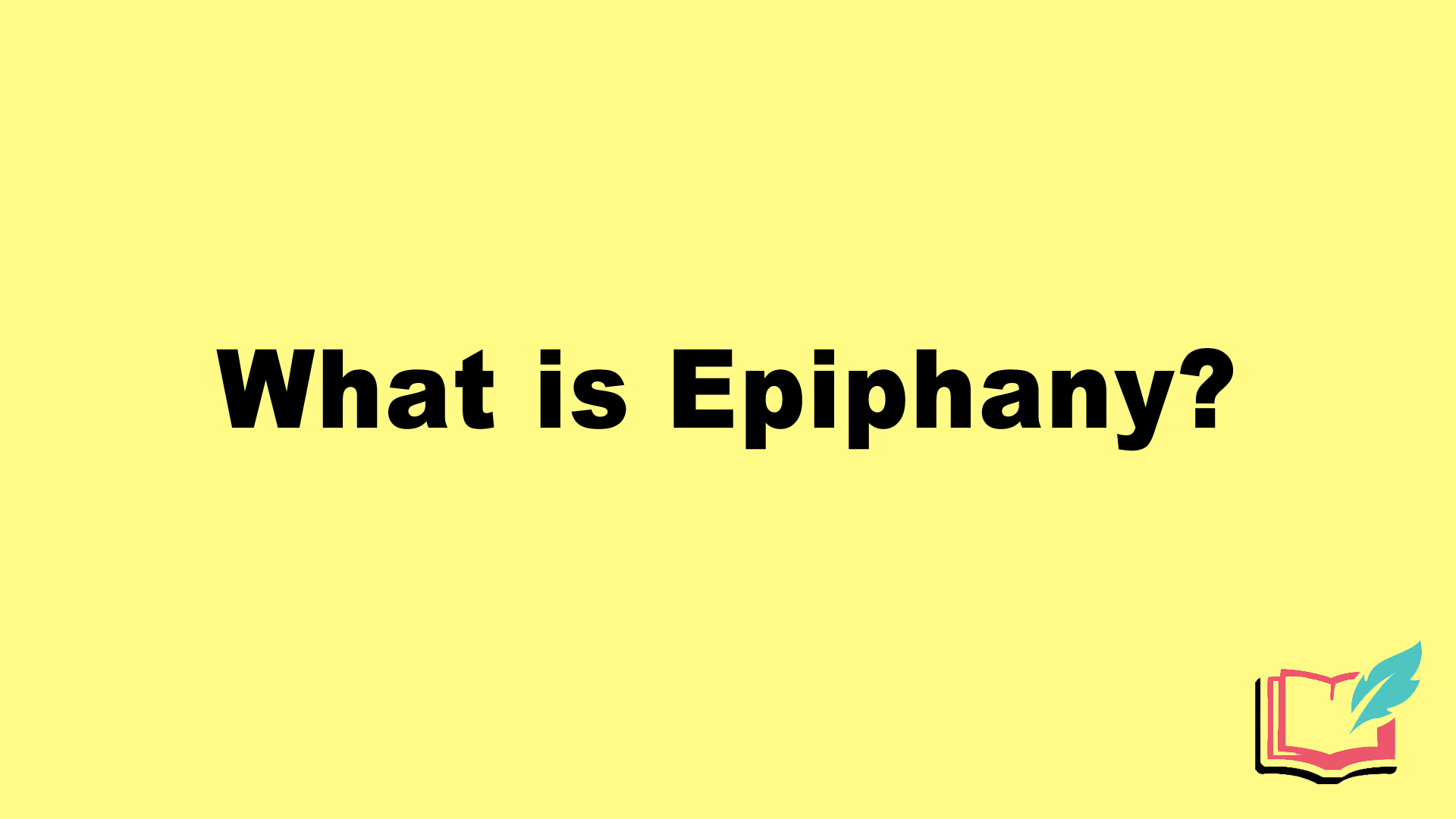 Epiphany is moment in a story in which a character suddenly has a life-changing realization that alters the course of the story.

What is an Epiphany?

Epiphany is when a character has a sudden realization with which they gain insight into the deeper meaning of something relating to the story. Almost anything could trigger a character’s epiphany including objects, dialogue, action, etc.

Epiphanies will often change the trajectory of the narrative structure, taking the story either in a slightly different direction or drastically altering the movement of the plot altogether. Epiphanies serve to bring the character who experiences it greater clarity or awareness as they start to see a certain issue or event in a new light. It is common for epiphanies to be thought of as a character’s “ah-ha!” moment.

Epiphanies occur outside of literature and happen in everyday life for people. Here is an example of how epiphany might occur in normal life:

Epiphany is also important in film as a storytelling device. In the movie Clueless, the main character Cher has an epiphany that she is in love with Josh as she walks around town shopping and doing some self-reflection. Suddenly, as she walks past a fountain that lights up right as she stops in front of it, she has the epiphany that her problems are a result of her having fallen in love without even realizing it.

The Purpose of Epiphany

In literature, epiphanies serve to show the growth of the character who experiences the epiphany. Authors choose to use epiphanies to show a character learning something as they experience the action of the story. Usually, an epiphany leads to a character becoming a better person because they are suddenly able to see flaws in themselves that they could not see before.

In terms of plot and narrative structure, epiphanies add an element of excitement to a story because it encourages readers to stay on their toes. Usually, an epiphany will change the direction in which the story is headed and with this, readers will feel compelled to keep reading to find out where the new information will take the action of the story. This enhances reader engagement.

Examples of Epiphany in Literature

In William Shakespeare’s Hamlet, epiphany occurs as Hamlet sails to England and is overwhelmed with the process of trying to find revenge for his father’s murder. Suddenly, after deep and trouble reflection, he says:

This indicates that Hamlet has realized that if he keeps waiting for the perfect plan for revenge to materialize, he will never make it happen. Instead, he has to take action.

In A Christmas Carol by Charles Dickens, the unfortunate Ebenezer Scrooge experiences an epiphany after being visited by the ghosts relating Christmases past, Christmas present, and Christmases future. He suddenly realizes, after watching his miserable future in this vision, that he needs to turn around his life and show more kindness to other people.

Recap: What is Epiphany in Literature?

Epiphany is the sudden realization that a character experiences which usually results in a change of heart on the character’s part as well as a change in action for the plot structure. Epiphanies are important because they serve to help a character show growth over the course of a story.