What is Elision? Definition, Examples of Literary Elision 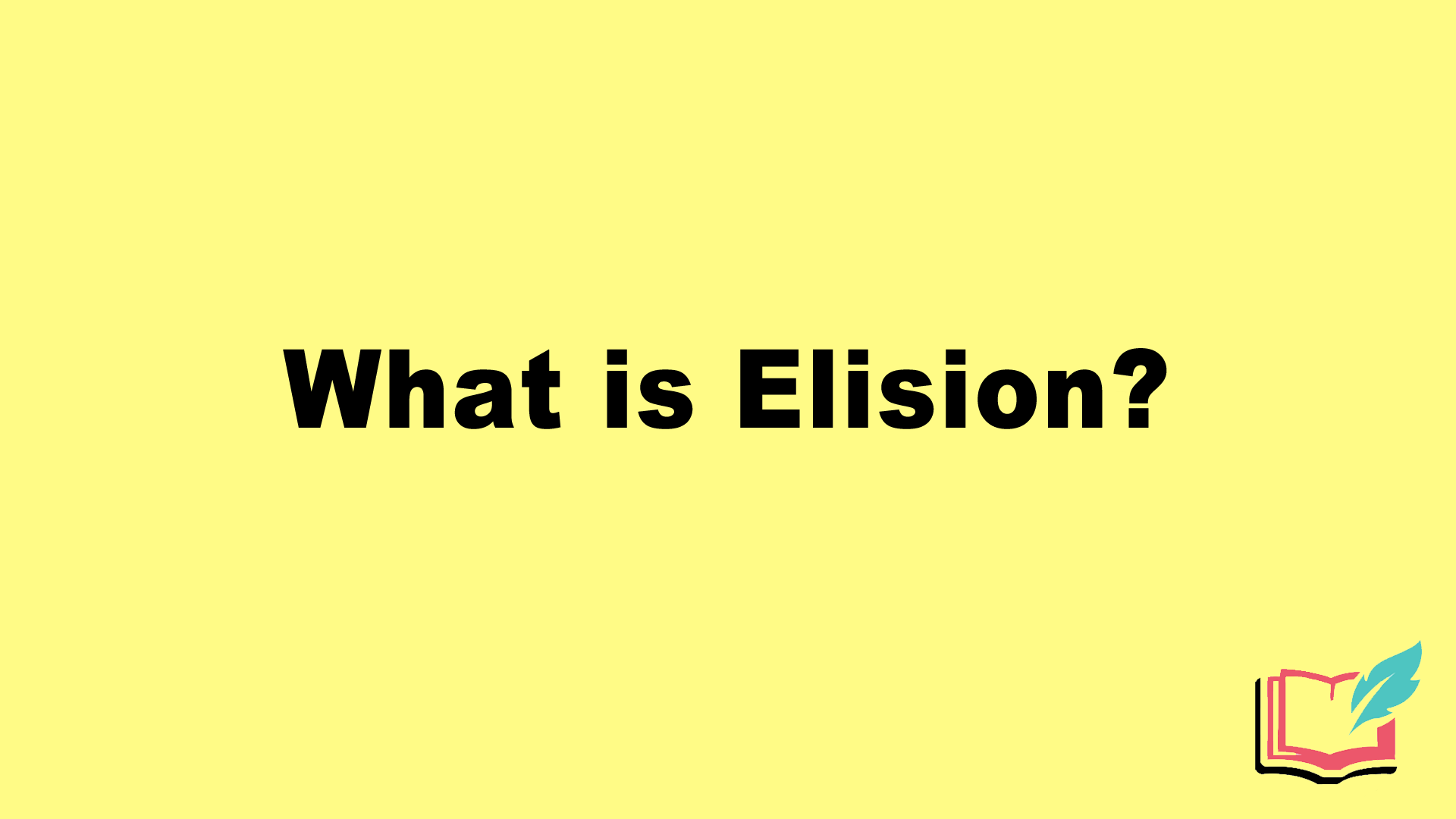 Elision is the omission of a sound in a word normally be pronounced. This is done with the purpose of decreasing the number of syllables in a word or phrase.

Elision is the removal of an unstressed syllable or letter from a word in order to mix words together and decrease overall syllables. This makes it easier to words to be spoken and often reflects patterns of colloquial speech. In place of the missing letter or syllable, an apostrophe will be used.

Elision happens a lot at the ends of words. For example, shortening “fallen”to “fall’n” and “tired” to “tir’d.”

Elision occurs in the middle of words, as well. For example, changing “every” to “ev’ry” or “never” to “ne’r.”

Or, you can use elision to shorten two words into one, for example changing the phrase “going to” to “gonna.” In this case, no apostrophe is needed, but most of the time you will find that elisions replace missing syllables or letters with an apostrophe.

It would be easy to confuse elision with contraction because both function to reduce the clumsiness of language by shortening words or short phrases. Both use apostrophes to do so as well!

Elision functions similarly to contraction, but it is important to understand how the two ideas differ. Contraction refers to shortening to words into a combination of the two. For example, the combination of “do not” into “don’t” is a contraction rather than an elision.

More specifically, elision serves to remove a syllable for effect while replacing that syllable with an apostrophe whereas contractions combine two words or one long word (cannot à can’t) down into one short word.

The Function of Elision

Elision is found often in verse that has strict structure to it. Elision helps to maintain metrical patterns by manipulating words without changing meaning. This adds a flair of creativity to writing and can also enhance rhythm.

By using elision, writers can avoid having to completely alter the course of their writing just because an extra syllable makes things too crowded. Instead, the stylistic choice is made to remove one letter or syllable in order to uphold structures and patterns that bring consistency and skillful flow to a work of writing.

Examples of Elision in Literature

Elision is most commonly found in older literary works because it was more in style then to use strict metric patterns and such in poetry, drama, and prose as well. In contemporary times, we do not see elision much anymore, but it is important to be aware of how it functions since, to this day, we continue to study these literary masterpieces. Keep an eye out, the elision may become popular in literature again one day.

In Willaim Shakespeare’s A Midsummer Night’s Dream, there are several typical examples of how elision can be found in writing:

But with thy brawls thou hast disturb’d our sport

The ox hath therefore stretch’d his yoke in vain,

The ploughman lost his sweat, and the green corn

And crows are fatted with the murrion flock;

The nine men’s morris is fill’d up with mud.

John Milton’s Paradise Lost uses elision to uphold strict meter as well. There are several examples that can be found throughout the lengthy poem, including the following:

By right of war, what e’re his business be

Here in the heart of Hell to work in fire

In Alexander Pope’s poem “Summer” elision is found many times:

When swains from shearing seek their nightly bow’rs;

And crown’d with corn, their thanks to Ceres yield.

Recap: What is Elision in Literature?

Elision is a device with which a writer can remove syllables or letters in order to adhere to strict meter and structure. This improves the flow of the words and can eliminate cumbersome issues in words or phrases.