What is Diction in Literature? Definition, Examples of Literary Diction

Home / Literary Devices / What is Diction in Literature? Definition, Examples of Literary Diction 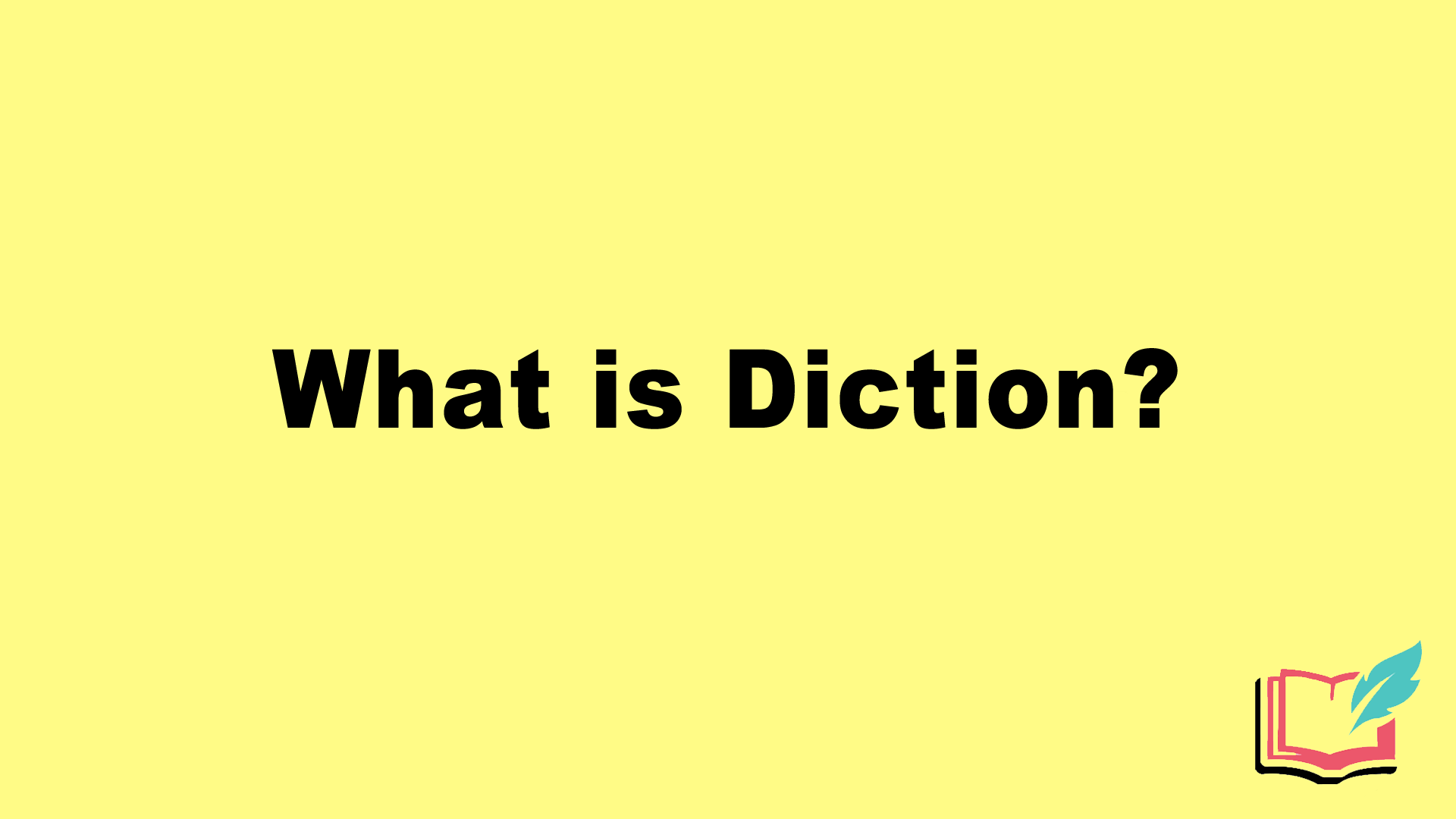 Diction is defined as the style of either spoken or written word as determined by word choice. In literature, diction affects the tone of the writing and the audience’s perception of the work.

Diction refers to the quality of a group of words. Good diction includes using the appropriate words to express ideas, words that are formatted appropriately for the context in which they are used, and the words chosen are understandable by the reader. For example, diction that makes the reader feel like they are reading a rigorous academic research paper should not be used in a children’s book.

Proper diction helps authors to get their ideas across to their audience. Poor word choices can distract readers or alienate readers which can result in a misinterpretation of the message or even a total rejection of the message.

There are three main types of diction to be aware of:

When talking about diction, it is possible to be discussing either written words or spoken words. The overall idea is similar regardless of whether the words are written or spoken but there are a few key differences to be aware of.

Word choice refers to written words such as prose and poetry and can help establish important aspects of the writing like tone and mood. Furthermore, the appropriate diction can help to reveal important aspects of a character’s personality. A novelist would carefully examine their word choice to be sure that they are accurately establishing mood and will modify diction in dialogue for different characters to be sure that their personality traits shine through the writing.

Enunciation refers to spoken aspects of diction such as the cadence with which spoken words are delivered, voice inflections, energy that a speech contains, etc. For example, an orator calling for political mobilization would speak loudly, directly, and clearly in order to emphasize the urgency of their message.

The Purpose of Diction

Diction helps to convey the author’s attitude towards their writing by establishing tone. This helps readers to pick up on mood and atmosphere so that the reading can impact them in the way the writer meant to accomplish. The words that a writer chooses to use have wide-reaching and constant influence on the reader’s experience of those words.

Diction is used to help establish genres as well. For example, poetry diction will often be drastically different from prose diction. In fact, it is not words being organized into stanzas that necessarily makes a poem, it is the skillful use of diction to manipulate words and phrases to have poetic qualities.

In prose, diction helps to reveal the unique personalities of a story’s characters. Readers will not always identify well with stories that do not have appropriately created characters who are portrayed realistically. For example, an uneducated character would not speak like the author probably speaks. The author will have to study speech and communication patterns of uneducated people who are similar to his/her character and use diction to mimic that, thus creating the appropriate affect for the reader.

James Joyce is known for his unique style in writing, especially his novel Ulysses. He tends to use non-standard diction in order to create an effect of slight absurdity which resonates well with readers who prefer unique, artistic writing styles. The following example shows that Joyce seems to write in only a style that he truly understands, leaving readers to analyze and make inferences:

Every life is in many days, day after day. We walk through ourselves, meeting robbers, ghosts, giants, old-men, young men, wives, widows, brothers-in-love. But always meeting ourselves.

One of the famous Romantic poets, John Donne is known for using colloquialisms in his poems unlike some of his other Romantic contemporaries. This made his poems easier to identify with for the working class. His poem “The Sun Rising” is an example:

Why dost thou thus,

Through windows, and through curtains call on us?

Must to thy motions lovers’ seasons run?

Go tell court huntsmen that the king will ride,

Love, all alike, no season knows nor clime,

Nor hours, days, months, which are the rags of time.

In To Kill a Mockingbird by Harper Lee, the character Atticus Finch is the father of the books narrator. He is a celebrated lawyer and uses formal language in most of his speaking. However, whenever he talks to his young daughter, he switches to an informal diction and uses clichés so that she can understand him. For example:

Recap: What is Diction in Literature?

Diction is the use of language in either written or spoken form in which authors or speakers carefully manipulate word choice in order to achieve an effect. Diction can be formal, casual, or slang depending on the desired results. When words are spoken aloud, diction also applies to the way the words are delivered to listeners.