What is Dichotomy? Definition, Examples of Literary Dichotomy 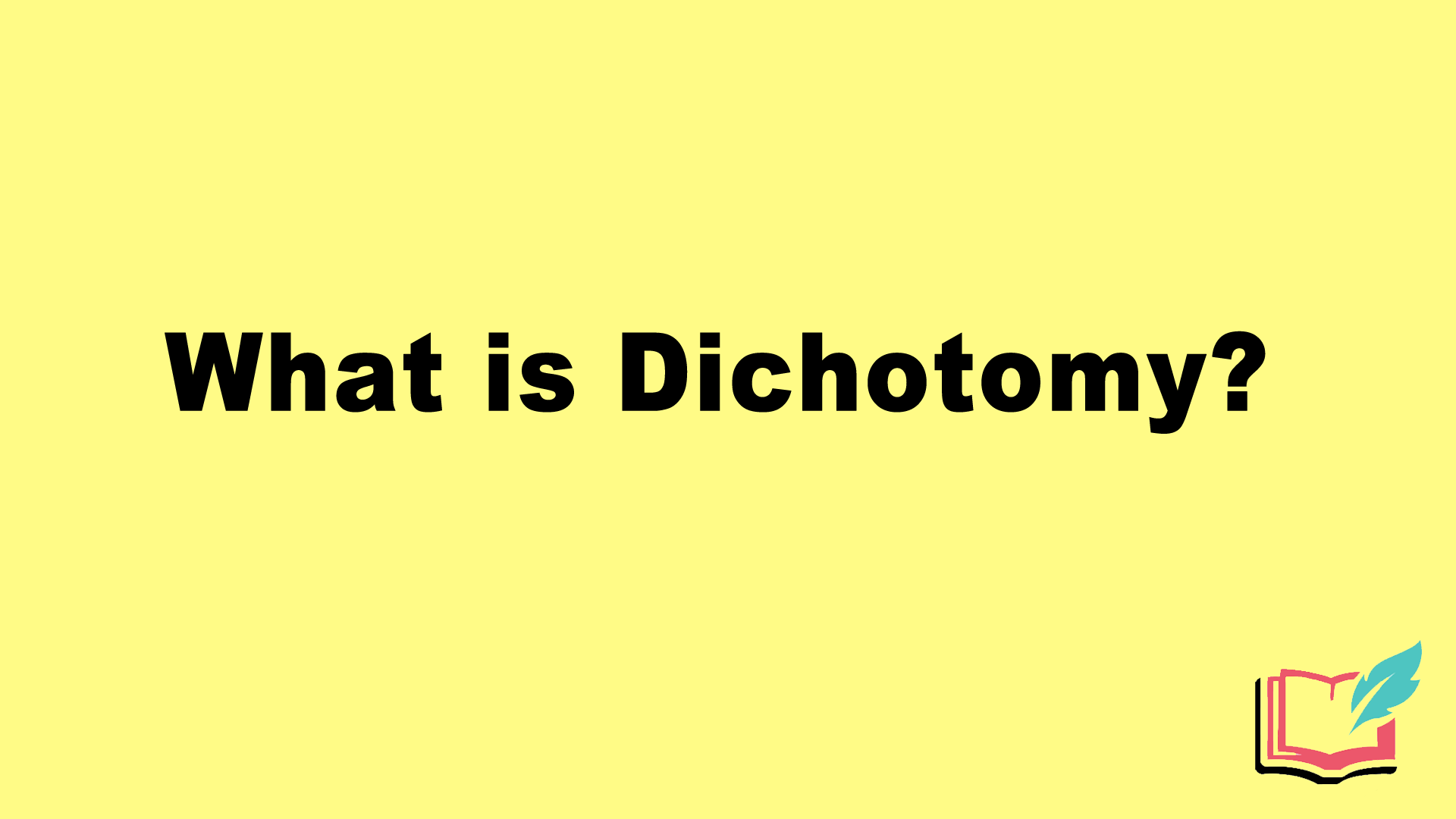 Dichotomy is a technique used in literature that creates conflict by introducing two opposing or contradictory ideas or parts.

Dichotomy means that something has been divided into two parts. These two parts are usually in opposition to each other and create conflict or tension in the story. Dichotomy can occur within a single character who experiences an inner conflict, or it can apply to the broader theme or storyline of a narrative.

For example, have you ever listened to someone in marketing or retail speak about profits? They may say something like “Our store’s income has increased this quarter; however, the store’s overall profits have decreased.” These two business concepts conflict with each other in this case.

A lot of dichotomies occur when the narrative deals with themes such as good vs. evil, physical and metaphysical, health vs. sickness, civilized vs. “uncivilized,” real vs. imaginary, etc.

A common cliché used in literature, film, and television that represents the concept of a dichotomy would be the angel and devil on someone’s shoulders. When a character is forced with a dilemma, they will often be depicted as having a visit from both an angel and a devil, with one perched on each shoulder talking to the character and trying to influence them. This represents the dichotomy within a single character of the desire to do good vs. the desire to do evil.

An example of dichotomy in film would be Luke Skywalker’s fight against evil in the Star Wars films. Luke, who represents “good” fights against Darth Vader and the Imperial Force, which represent “evil” in order to show two opposing ways of life. This creates the major source of conflict for Episode IV.

The Function of Dichotomy

Dichotomy can be found in any aspect of art or life. It is always present, as a large part of the human experience is dealing with dilemmas, conflicts, opposing ideas, etc. In literature, it serves to emphasize this human conundrum that shows that we are always in opposition with someone or something—sometimes it is ourselves, and sometimes it is outside forces.

Dichotomy serves to highlight bold contrasts between two opposing forces in a way that not only reflects the human experience but also creates conflict and tension in a story. Readers can see the opposing sides with clarity about each side’s significance to the story.

In addition to these things, dichotomy can help define things and ideas through comparison through the process of understanding their significance in the story. For example, we often understand things better by comparing them to what they are not. So we might understand that in a civilized people vs. “uncivilized” people narrative, the “uncivilized” people are that way because they do not have the same characteristics as the civilized characters.

How Dichotomy is Used in Literature

In the novel Heart of Darkness by Joseph Conrad, dichotomies are used throughout in order to emphasize contradictions in human nature. Dichotomies such as light vs. dark and civilized vs. “savages” helps to define imperialism and how the natures of imperialistic people exist in a world that is bigger than just themselves. The main character, Kurtz, also presents a dichotomy within himself of civilized vs. “uncivilized” as his actions and his experiences cause him to act more and more from a place of brutality.

The classic play Romeo and Juliet by William Shakespeare represents one of the most famous dichotomies in literature. The opposing families, the Capulets and the Montagues pose a dichotomy that represents the preposterous nature of old grudges. The two parts of this dichotomy are equals which further emphasizes the ridiculousness of their grudge.

Recap: What is Dichotomy in Literature?

Dichotomy is a literary tool that is used to highlight opposing ideas or things. This helps readers to further conceptualize ideas by contrasting them against each other. Dichotomies also serve to create tension in a story.