What is Denotation in Literature? Definition, Examples of Literary Denotation 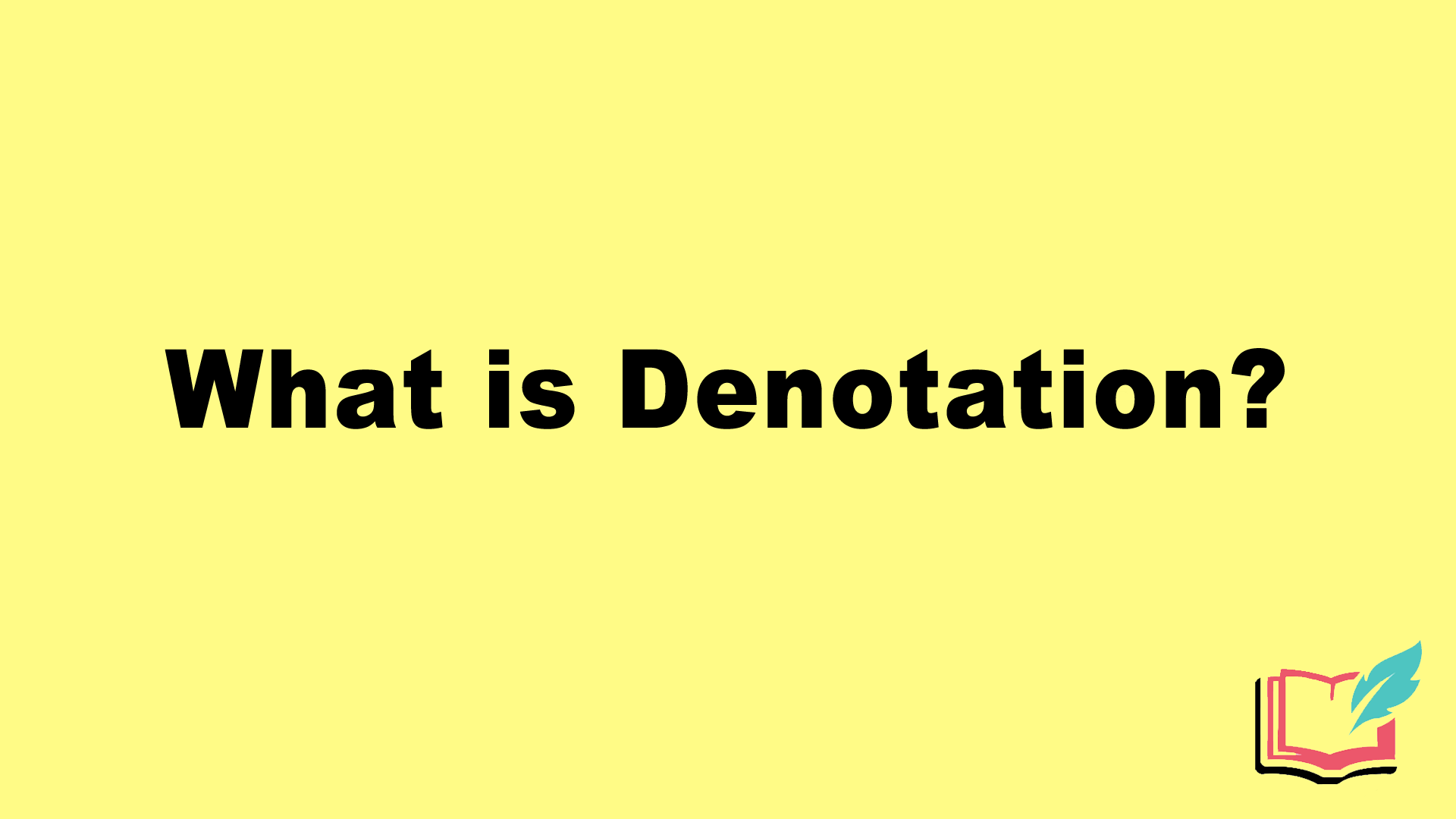 Denotation is the literal meaning of a word. This can be examined in contrast to a word’s connotation which is its implied meaning. A word’s denotation is devoid of elements such as emotion or hidden meaning.

Denotation is the most literal definition of a word. Many words will have the same denotation even if they tend to be used in different ways. For example, the words “chef” and “cook” have the same dictionary definition but tend to conjure up different personal meanings for people.

Words can also have vastly different implied meaning based on their contexts, but ultimately the denotation will be the same. Take the following as an example:

“Mike seems to be rather blue today.”

Although the implied meaning of the word “blue” is vastly different in the above sentences, the first statement refers to the color blue and the second statement refers to feeling sad. Regardless, the denotation of both words would be the dictionary definition along the lines of “a primary color made up of a mixture of green and violet.”

Difference Between Denotation and Connotation

Denotation vs. Connotation: Denotations are objective meanings of a word which do not change with context. For example, a car is always defined the same way, regardless of whether it is a car on Earth or a car in outer space. However, in the mind of the reader, the car probably functions differently depending on where it’s being used.

Connotations, however, are the implied meaning of a word depending on its context.

In order understand the difference, consider the denotation vs. connotation of the following words:

The Purpose of Denotation

While the denotations of certain words are probably easily understood by most readers, they tend to have restricted meanings. This is why it is actually useful for writers to use creative thought to venture away from the blandness of denotative meanings and to invite readers to use inferences that bring certain phrases or words fresh or enhanced meaning. Readers typically enjoy being prompted to use their creative side to this extent as well.

You can also think of denotation as an anchor for figurative exploration for certain ideas. For example, concepts such as personification, simile, and metaphor rely on the reader’s understanding of the denotation of a word in order to bring deeper meaning to the concept.

In other types of writing, using words true to their denotation can enhance the quality of the writing by making it as clear, direct, and precise as possible so that readers cannot misunderstand the point. This would be found in styles of writing such as journalistic reporting or academic research.

In philosophical writing, for example, denotation is common as the philosophical writers can only get their ideas across when they are direct and clear. Consider Nicomachean Ethics by Aristotle, in which the idea of contemplation is examined. There is not much hidden meaning in the following words:

In William Wordsworth’s poem “I Wandered Lonely as a Cloud,” a lovely figurative scene is created through the use of imagery. Because the language is so lyrical and paints such a beautiful mental picture, it’s surprising to realize that the meaning of the words in the following stanza are actually all quite literal, which serves to enhance the visual imagery:

Finally, in Herman Melville’s Moby Dick, a novel full of allegory and figurative language, the description of the whale is that it is white. This description has many levels of implied meaning but the meaning of the word “white” can be taken by its denotative meaning as well, as the whale is actually white in color.

Recap: What is Denotation in Literature?

Denotation is the literal dictionary definition of a word, without any emotional and/or implied meaning hidden beyond the literal. Denotation is best understood in contrast to its opposite, connotation, which is the implied meaning of a word based on context. Writers that stick to literal, denotative meanings in their writing are likely trying to convey a very clear point whereas writers who rely more on connotation are going for more figurative effects.