What is a Couplet? Definition, Examples of Literary Couplet

Home / Literary Devices / What is a Couplet? Definition, Examples of Literary Couplet 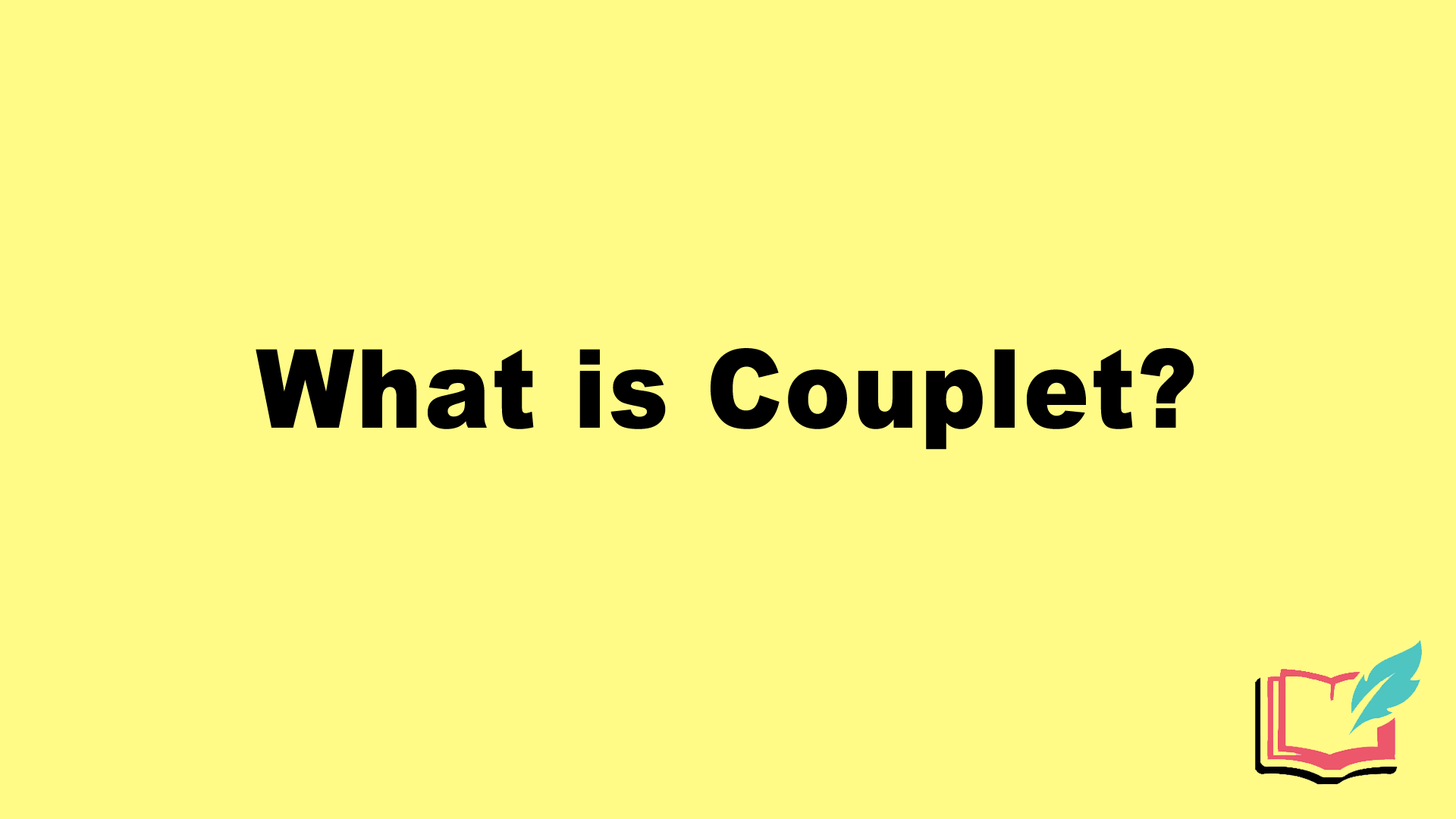 A couplet is poetic device in which there are two successive lines in verse form that have the same meter. A couplet generally forms a complete idea in just two lines.

What is a Couplet?

Couplet is type of poem or part of a poem that uses two lines to express an idea. The lines occur together— one after the other—and have the same meter and poetic structure. Sometimes, couplets use rhyming at the end of each line, but it is not required. Couplets can either be closed (punctuation ends them and the idea does not carry on beyond the punctuation) or use enjambment (the thought continues past that line).

Couplets can be independent poems that just have the two lines, or they can be a component of a longer poem. Couplets are found in all types of poetry including sonnets.

Elegiac Couplet—a common form of couplet found in Greek poetry. They were used to bring in ideas that were somewhat separate from the main ideas of the poem. Each elegiac couplet makes sense on its own and contributes to the overall meaning of the whole poem.

Heroic Couplet—a similar type of couplet to the elegiac. Heroic couplets also tend to be closed and have their own stand-alone meaning. They are common in English epics and narrative poems.

Shakespearean Couplet—these are often found at the end of a sonnet. They are common in English sonnets in particular and usually serve to reveal a poem’s overall theme. Overall, however, they are closed and can stand alone.

Chinese Couplet—consists of two lines of equal length that have an identical tone to each other. The two lines are contextually related and adhere to strict rules of meter and rhythm. Traditionally, Chinese couplets are engraved into wood and found on doorways into homes.

The Function of Couplets

Couplets are usually small parts of longer poems that serve to bring in additional context. Couplets can provide more details about the poem’s theme, characters, and main ideas. They bring artistry and flavor to a longer poem and vary the traditional structure somewhat without completely abandoning it.

Couplets are found used in poetry across cultures because they are so versatile. They can use any type of rhyming scheme or meter that matches the poem of which it is a part. Couplets can also stand alone and provide deep, contextual ideas in short and accessible formats.

The beautiful thing about couplets is their ability to be part of a bigger poem or to stand alone. A lot of meaning can be packed into words that make up those two lines and for this reason, couplets are appealing to many poets who use various styles.

How Couplets are Used in Literature

There are endless examples of how couplets are used in poetry. Here are a few well-known examples:

The beloved “Sonnet 18” by William Shakespeare ends in a couplet like most of his sonnets do. Most of this poem describes the narrator’s love and how wonderful it is, even though love tends to fade over time. This couplet ends the sonnet on an optimistic note. It is a closed couplet but contributes to the greater meaning that the reader draws from this poem.

So long as men can breathe or eyes can see,

So long lives this and gives life to thee.

In “An Essay on Criticism” by Alexander Pope, a series of closed couplets heroic style couplets create a whole poem. They make sense on their own and do not carry meaning to the following lines of the poem. However, when assembled all together, they create cohesive meaning.

There shallow draughts intoxicate the brain,

And drinking largely sobers us again.

Fired at first sight with what the Muse imparts,

In fearless youth we tempt the heights of arts.

Recap: What is a Couplet in Literature?

Couplets are a style of poetry in which two successive lines of a poem use identical structure in order to convey meaning or ideas. They can stand alone or contribute to a parent poem’s meaning.