What is Connotation in Literature? Definition, Examples of Literary Denotation

Home / Literary Devices / What is Connotation in Literature? Definition, Examples of Literary Denotation 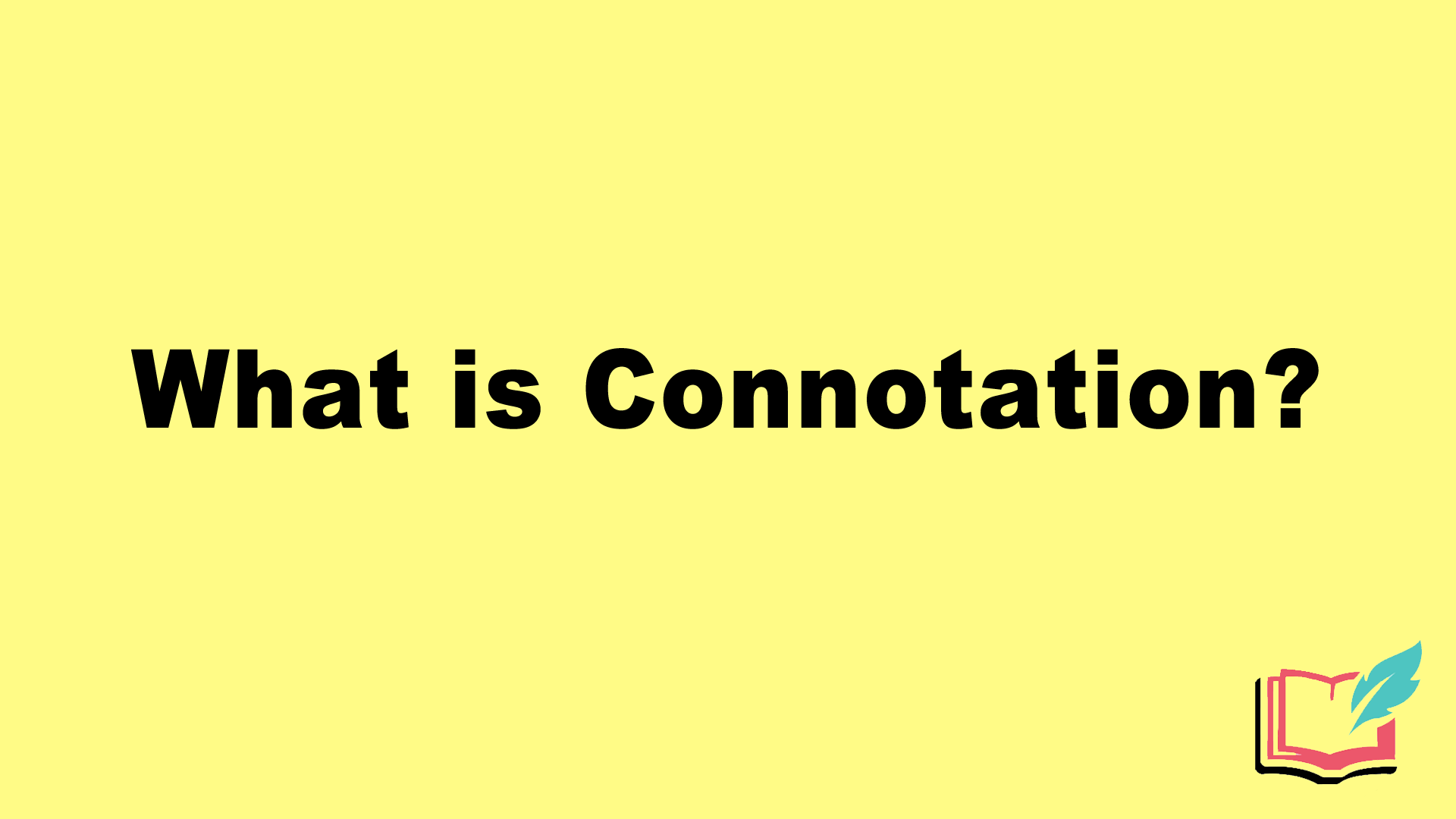 Connotation is the implied meaning of a word which is separate from the dictionary definition. A word’s connotation comes from the implied emotions and ideas that are suggested in order to convey subtle meaning.

Connotation refers to a word’s meaning that is implied rather than stated directly. Words often carry meanings and associations due to the surrounding context of that word in addition to how it might be defined by the dictionary. For example, “Hollywood” describes a specific neighborhood in Los Angeles but also stands in for common ideas about the American film industry such as glamor, fame, success, etc.

Think of it this way—a series of words can have a series of dictionary definitions which give that series of words literal meaning. However, depending on how those words are crafted in relationship to one another and how the surrounding context helps to frame those words, readers will naturally create implied meanings beyond what the dictionary definitions would suggest. This can be an entirely individual process if the words are unique, or it can be understood on a wider level such as common metaphors that are used as sayings.

In order to fully understand connotation, it can be helpful to consider the opposite idea, denotation. Whereas connotation is a word’s implied meaning, denotation is the word’s literal dictionary definition.

Consider the following example: “My sister is a chicken when we watch horror movies together.”

Of course, the denotation of the word “chicken” would be a type of bird. However, the implied meaning, or the connotation is more that the speaker’s sister acts dramatic and is easily scared when they watch horror movies together.

The Function of Connotation

Connotation serves to bring more creativity to writing by using figures of speech such as metaphor, simile, personification, symbolism, etc. Using connotation helps writers to split from the literal and embrace more abstract ideas in their literature. This helps the reader to understand challenging concepts more fully by eliciting feelings and emotions that bring more depth to the work of writing.

In terms of word choice, connotation bring out deeper meaning in sentences and passages than they would have should only the denotative definitions be used. This brings a more vivid, creative, and fresh quality to the writing and helps to set tone and mood.

Depending on context, a word’s connotative meaning can change drastically. It is important for an author to know their audience in order to properly convey their ideas in a way that will impact their audience to the fullest extent. This brings an element of skillfulness to the writing as well.

In the poem “I Hear America Singing” by Walt Whitman, connotation is used in order to convey a sense of ruggedness and determination:

I hear America singing, the varied carols I hear,

Those of mechanics, each one singing his as it should be blithe and strong,

The carpenter singing his as he measures his plank or beam,

The mason singing his as he makes ready for work, or leaves off work,

The boatman singing what belongs to him in his boat, the deckhand singing on the

The wood-cutter’s song, the ploughboy’s on his way in the morning, or at noon intermission or at sundown,

The delicious singing of the mother, or of the young wife at work, or of the girl sewing

Each singing what belongs to him or her and to none else,

The day what belongs to the day—at night the party of young fellows, robust, friendly,

In the classic novel The Lord of the Flies by William Golding, the conch which brings order to the group of boys starts out holding a positive connotation—one of leadership. However, as the story progresses, the conch starts to hold a negative connotation of harmful power.

Piggy sought in his mind for words to convey his passionate willingness to carry the conch against all odds.

In the famous lines from As You Like It by William Shakespeare, connotations are added to words’ literal meanings in order to bring deeper meaning to the following statement. Consider the layered meaning to the words “stage” “players” and “parts.”

All the world’s a stage,

And all the men and women merely players;

They have their exits and their entrances;

And one man in his time plays many parts…”

Robert Frost’s poem “Out, Out” uses the word “life” to connote “blood.” Consider the following excerpt to see how this is happens and how it helps to set a very serious tone:

… Half in appeal, but half as if to keep

The life from spilling. Then the boy saw all—

Since he was old enough to know, big boy

Doing a man’s work, though a child at heart—

He saw all spoiled. ‘Don’t let him cut my hand off—

The doctor, when he comes. Don’t let him, sister!’

A word’s connotation can either be positive or negative depending on various factors, most notably due to societal influences on the meaning of a word. For example, the word “childish” sounds negative whereas the word “childlike” sounds much more positive. This is because of the cultural and social associations that most Western viewpoints have about behaviors that seem less “adult.”

Recap: What is Connotation in Literature?

Connotation refers to a word’s implied meaning rather than its stricter, more restrictive dictionary meaning. Using connotative meanings helps an author to add depth and creativity to their writing and encourages the readers to allow their emotions to add to the meaning they take away.