What is a Cacophony in Literature? Definition, Examples of Literary Cacophony

Home / Literary Devices / What is a Cacophony in Literature? Definition, Examples of Literary Cacophony 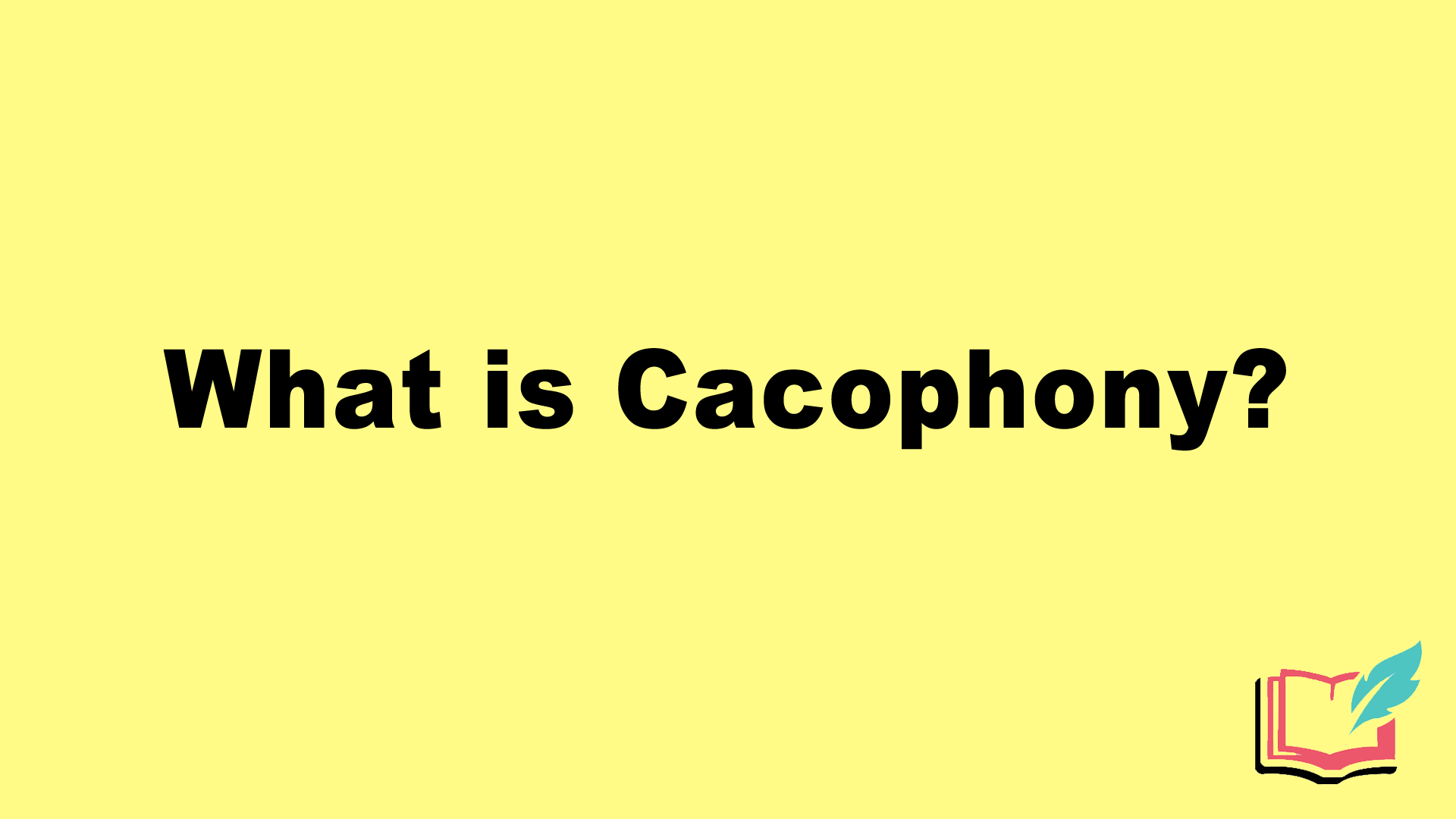 Cacophony is a literary device in which harsh and inharmonious sounds in words, primarily through using consonants, that achieves a desired effect on the reader.

What is a Cacophony?

Cacophony has the same meaning literally as it does when applied to literature. In real life, a combination of harsh and unpleasant sounds can also be referred to as a cacophony. In this case, we will examine how the term applies to literature and its effects.

Cacophony creates a jarring poetic effect in writing in which the reader is suddenly bombarded with a series of noisy and uncomfortable consonant sounds. This calls the reader’s attention to whatever subject is being discussed and will create a negative impression in the reader’s mind of that scenario.

Sounds that create a cacophony effect include the “hard g” sounds like “gangrene” and d sounds like “dejected” or “dim-witted” and readers will often find that the sounds in the words match the intended effect that the words themselves have (ie. “gangrene” sounds gross and also has a gross definition). Other cacophony sounds with rough delivery include: p, b, sh, k, ch, etc.)

Difference Between Cacophony and Euphony

Cacophony vs. Euphony: Cacophony is the opposite of the literary device euphony. Euphony is the use of pleasant sounds like vowels, semi-vowels, and nasal consonants (l, m, r, n, y) that create pleasant and harmonious effects for the reader. This will color the reader’s perception more positively towards the topic of discussion.

Like cacophony, euphony is used to create a specific effect and is nicely coupled with other literary devices, especially in poetic formats. Consider the following line from John Keat’s poem “Ode to Autumn:” “Season of mists and mellow fruitfulness…” paints a very comfortable image in the mind of the reader because it sounds comfortable.

Sylvia Plath was not a poet to shy away from harsh and uncomfortable subject matter and she had a knack for using equally as uncomfortable sounds in order to help readers really feel that unpleasantness. Take, for example, the anger-fueled poem “Daddy” which is full of harsh consonant sounds:

There’s a stake in your fat black heart

And the villagers never liked you.

They are dancing and stamping on you.

They always knew it was you.

In terms of pop culture, consider comic book fight scenes. Comic books use onomatopoeias (words that mimic sounds) in order to bring auditory imagery to the action. In a particularly chaotic fight, it is not uncommon to see words such as “kapow,” “krack,” “boom,” “whiz,” etc. which use hard consonant sounds to portray the discord in the fighting.

The Purpose of Cacophony

Cacophony is a tool that helps writers to amplify the intensity of uncomfortable or harsh scenarios through the use of sound. This helps to enhance the imagery of a scene by allowing readers to use their imaginations to build a full picture of what is happening, jump started by the mental or auditory effect that cacophony has.

Even though the sounds are harsh, cacophony creates a musical effect in writing and although it is used in both poetry and prose, it is particularly useful as a poetic element. Think of listening to classical music like Beethoven’s Fifth Symphony—the sounds are harsh but create a beautiful and artistic effect that has resonated with listeners for hundreds of years. In literature, there is a similar process happening with readers. Emotional scenes, for example, are felt more fully by the audience with the use of cacophonous sounds because they enhance the trials of the story.

In “The Raven” by Edgar Allan Poe, a spooky and gloomy scene is set as the narrator, alone at night, descends into madness over the death of his beloved Lenore. Poe uses lines that are difficult to read over, even mentally. The effect is that readers are tripped up and take slightly longer reading over these words which helps to really establish the mood. For example:

Fancy unto fancy, thinking what this ominous bird of yore—

What this grim, ungainly, ghastly, gaunt, and ominous bird of yore

Similarly, in William Shakespeare’s famous tragedy play Macbeth, the three witches which serve to deliver the destructive prophecy and torment Macbeth so completely as he loses his grip on reality take to chanting, reveling in the chaos they have created. Try to say this one three times fast, and you will see how the cacophony enhances the chaos of such a scene:

Filet of a fenny snake,

In the cauldron boil and bake

Recap: What is Cacophony in Literature?

Cacophony creates a discordant and unpleasant effect in writing that encourages the reader to really feel the trouble of the story. Cacophony is made up of a serious of unpleasant consonant sounds that when read aloud produce unusual or negative sounds and can be uncomfortable to pronounce.