What is Ballad? Definition, Examples of Ballad Alliteration 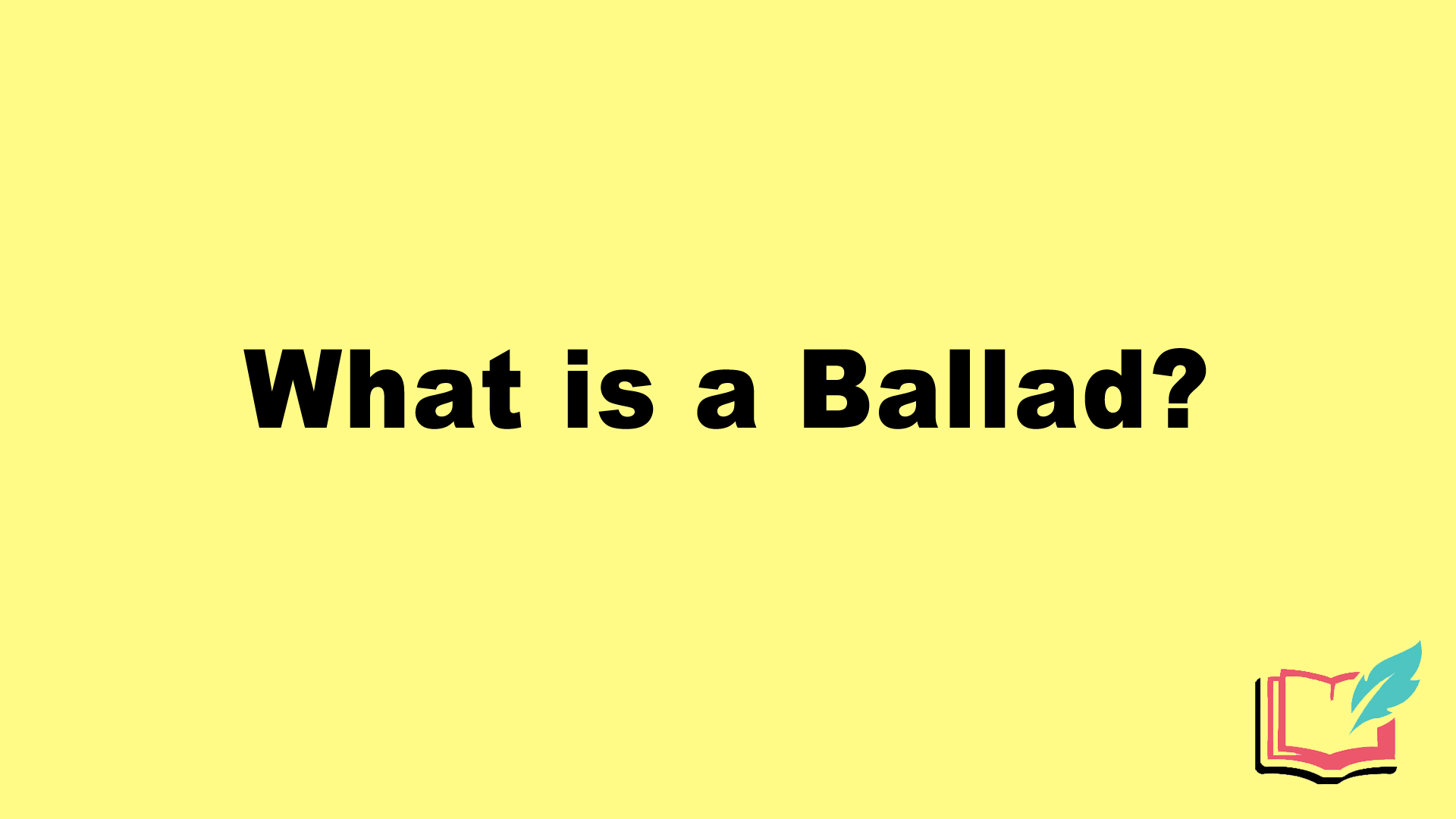 Ballad is a type of narrative poem that traditionally is set to music. Ballads usually use the structure of quatrain stanzas.

What is a Ballad?

A ballad is lyrical form of poetry that tells a story using poetic structures such as rhyme schemes and meter. In addition to this, ballads are meant to be set to music to enhance the story.

Since ballads are set to music, the rhythm often has a noticeable lyrical quality that would create a musical effect even without instrumental accompaniment. The traditional ballad uses a rhyme scheme of ABAB and it is common to find the use of iambic pentameter and iambic trimeter in ballads.

An example of a ballad is the traditional Scottish folksong, “Tam Lin”

‘O I forbid you, maiden all,

That wears gold in your hair,

To come or go by Carterhaugh

For young Tam Lin is there.

Examples of modern versions of ballads can be found in much of today’s popular music. There are several different categories depending on the message of the ballad. Ballads can fall into some of the following categories: lyrical, popular, rock, modern, blues, etc. Here are a few examples from contemporary music:

“The Ballad of Billy the Kid” by Billy Joel

From a town known as Wheeling, West Virginia
Rode a boy with .6 gun in his hands
And his daring life crime
Made him a legend in his time
East and west of Rio Grande
Well he started with a bank in Colorado
In the pocket of his vest a colt he hid
And his age and his size
Took the teller by surprise
Soon the word spread
of Billy the Kid

Loves Jesus and America too

Loves horses and her boyfriend too

There’s a freeway runnin’ through the yard

I’m a bad boy for breakin’ her heart

The Function of Ballads

Ballads and incredibly old forms of literature that have their roots in oral storytelling. Ballads allow for the combining of artistic mediums in order to create holistic, fully developed stories that involve multiple senses on a literal level, and invite the reader to use their creativity to fill in the rest.

Ballads create characters and plots like narrative stories do but they uphold the meter and rhyme of poetry. This makes them unique and helps to invite audiences to use creativity and emotional thinking in order to fully understand a story.

Beyond this, ballads create a dramatic effect for those listening. Ballads present a useful mode for conveying ideas to audiences because they encourage engagement and are more easily remembered thanks to the musical and lyrical qualities. This means that the story a ballad presents can have a larger impact than just words on a page would.

Examples of Ballads in Literature

Since ballads are so ancient, there are endless examples in literature. Here are just a few:

“La Belle Dame Sans Merci” by John Keats is a ballad coming from one of the most famous Romantic poets. The Romantic movement favored the ballad as a way to express concept rooted in strong emotion.

I saw pale kings and princes too,
Pale warriors, death-pale were they all;
They cried—‘La Belle Dame sans Merci
Thee hath in thrall!’

I saw their starved lips in the gloam,
With horrid warning gapèd wide,
And I awoke and found me here,
On the cold hill’s side.

And this is why I sojourn here,
Alone and palely loitering,
Though the sedge is withered from the lake,
And no birds sing.

Another poet to use the ballad form was Edgar Allan Poe with his poem “Annabelle Lee.” Unsurprisingly with Poe, this ballad changes up the traditional structure somewhat but his use of repetition and regular rhyme scheme means that the poem could still be easily matched with music.

The angels, not half so happy in Heaven,

Went envying her and me—

Yes!—that was the reason (as all men know,

In this kingdom by the sea)

That the wind came out of the cloud by night,

Chilling and killing my Annabel Lee.

Samuel Taylor Coleridge’s The Rime of the Ancient Mariner is an example of an epic poem that uses the ballad structure to tell a story of an old sailor who wants to tell his stories once he returns from his voyage.

It is an ancient Mariner,

And he stoppeth on of three.

By thy long grey beard and glittering eye,

Now wherefore stopp’st thou me?

Recap: What is a Ballad in Literature?

Ballad is a type of verse that is traditionally set to music in order to tell a narrative story. Ballads are a centuries-old method of storytelling that invite the audience to engage multiple senses for a full experience of the story.