What is Assonance in Literature? Definition, Examples of Literary Assonance

Home / Literary Devices / What is Assonance in Literature? Definition, Examples of Literary Assonance 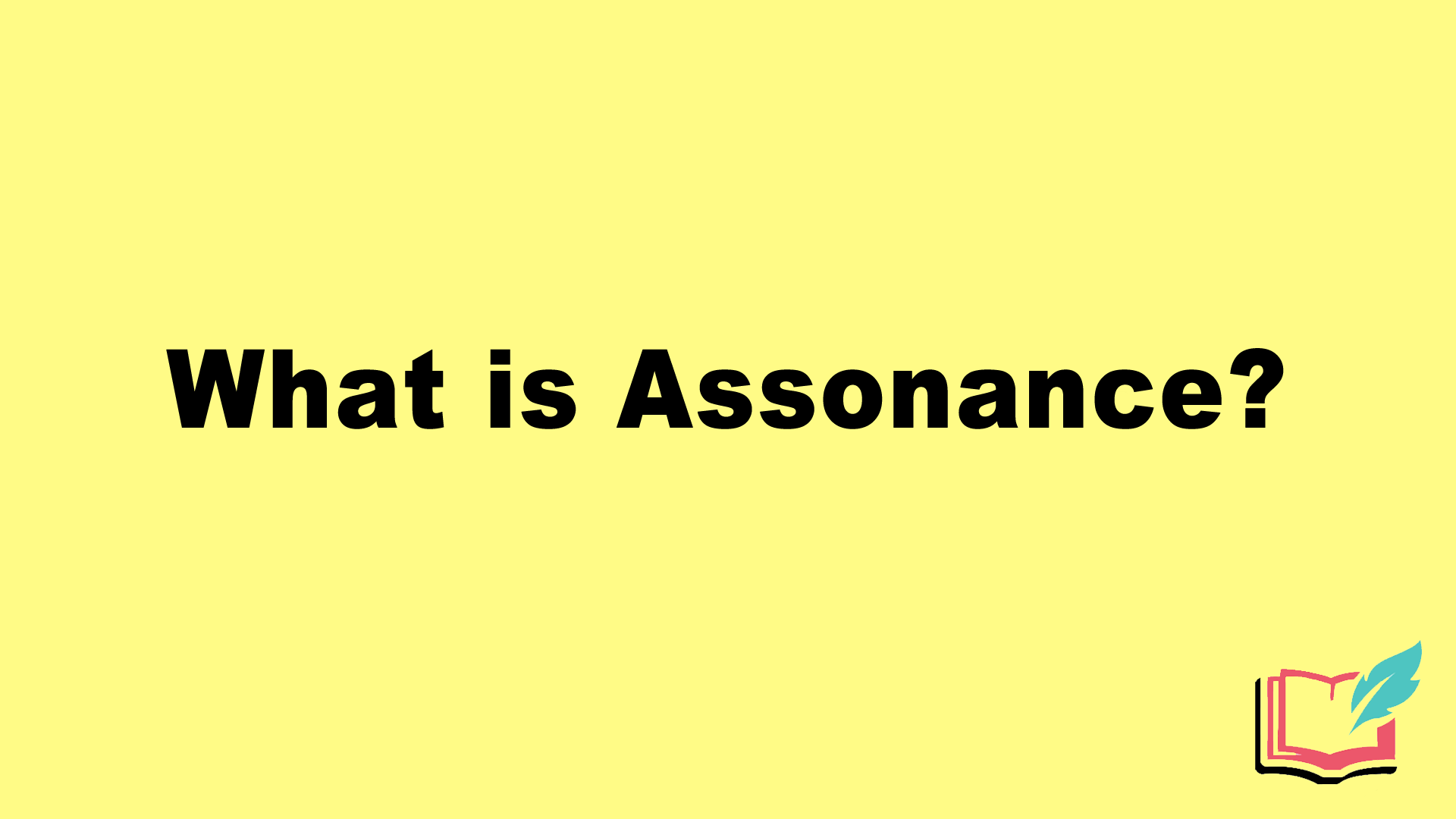 Assonance is a figure of speech in which the repetition of a vowel sound in non-rhyming words within a rapid succession to one another.

Assonance occurs when two or more words that occur in close proximity to one another repeat the same vowel sound. This vowel sound can be found inside the word, at the beginning, or at the very end.

For example, the engineer held the steering wheel to steer the truck.

It is also important to note that assonance refers to the sounds that letters make, not the letters themselves. Assonance occurs when when words are close enough for the repetition of the sounds to be noticeable, but it is okay if they are not directly next to one another.

Consider another example: Can you get on the computer and look up where we could buy some blue tuna? Or is it too soon in fishing season?

Assonance can be found in any type of writing or communicating. It is commonly used in lyrics and poetry but is found in prose as well.

In terms of common speech, here are a few examples:

Assonance is a common tool in song lyrics because it naturally adds rhythm and can help with rhyming. Consider a couple of popular examples:

In the Radiohead example, notice how assonance is used to mimic rhyming. The rhyme structure is almost there but instead, assonance allows to lyrics to be less rigidly structured while still creating an equally effective rhythm. In poetry, assonance helps a lot in this way.

The Purpose of Assonance

Assonance is equally as important in both poetry and prose. In any type of writing or communication that can benefit from some rhythmic structure, assonance will help to achieve that. Writers use assonance as a tool that enhances the lyrical quality of words which can help them be remembered or lend artistry to what is being expressed. Consequently, assonance helps bring pleasure to reading and/or listening to words.

In addition to aesthetic value, assonance can also help a writer establish mood. Repeating sounds of any type are commonly used to both establish and maintain mood. For example, if the mood should be gloomy, a writer may use a repetition of “gloomy sounding” words.

In contemporary poetry, the trend has been to move away from traditional rhyme and meter schemes and to uphold poetic quality in other ways. Assonance, consonance, and alliteration are all devices that use repetition to create effect and are all heavily used by contemporary poets in order to artistically create rhythm outside of traditional structures.

Below are some common examples of assonance in important literary works, both prose and poetry.

In Edgar Allan Poe’s “The Raven” mood is established throughout with the help of assonance. The mood of this poem is generally heavy and morbid and the sounds that Poe uses throughout help to establish that in an artistic way. Notice the repetition of sounds like the /ur/ sounds, short /i/ sounds, and short /e/ sounds.

And the silken sad uncertain rustling of each purple curtain

Thrilled me – filled me with fantastic terrors never felt before;

So that now, to still the beating of my heart, I stood repeating

“’Tis some visitor entreating entrance at my chamber door –

Some late visitor entreating entrance at my chamber door;

This it is, and nothing more.”

In this example from Absalom, Absalom by William Faulkner, the assonance comes from the repetition of the last name “Bon” and helps to both reinforce this character’s significance to the story while also hinting at an important thematic contrast between this character whose name is French for “good” and his actions:

In Homer’s epic poem The Iliad, the Lattimore English translation uses assonance with soft /i/ sounds to emphasize the lulling effects of the wind in the reader’s mind:

When Zeus of the counsels, showing before men what shafts he possesses, brings on a snowstorm and stills the winds asleep in the solid drift, enshrouding the peaks that tower among the mountains and the shoulders out-jutting, and the low lands with their grasses, and the prospering work of men’s hands, and the drift falls along the grey sea, the harbours and beaches, and the surf that breaks against it is stilled, and all things elsewhere it shrouds from above, with the burden of Zeus’ rain heavy upon it…

The following three sentences contain repetition of sounds. Which one uses assonance, in particular?

Recap: What is Assonance in Literature?

Assonance is a literary tool in which the repetition of vowel sounds in a series of words creates a rhythmic effect. This repetition can occur anywhere in a word as long as the words are close enough to one another for the effect to be noticeable. Assonance can be used to create artistry, establish mood, and mimic rhyming.