What is an Aphorism in Literature? Definition, Examples of Literary Aphorism

Home / Literary Devices / What is an Aphorism in Literature? Definition, Examples of Literary Aphorism 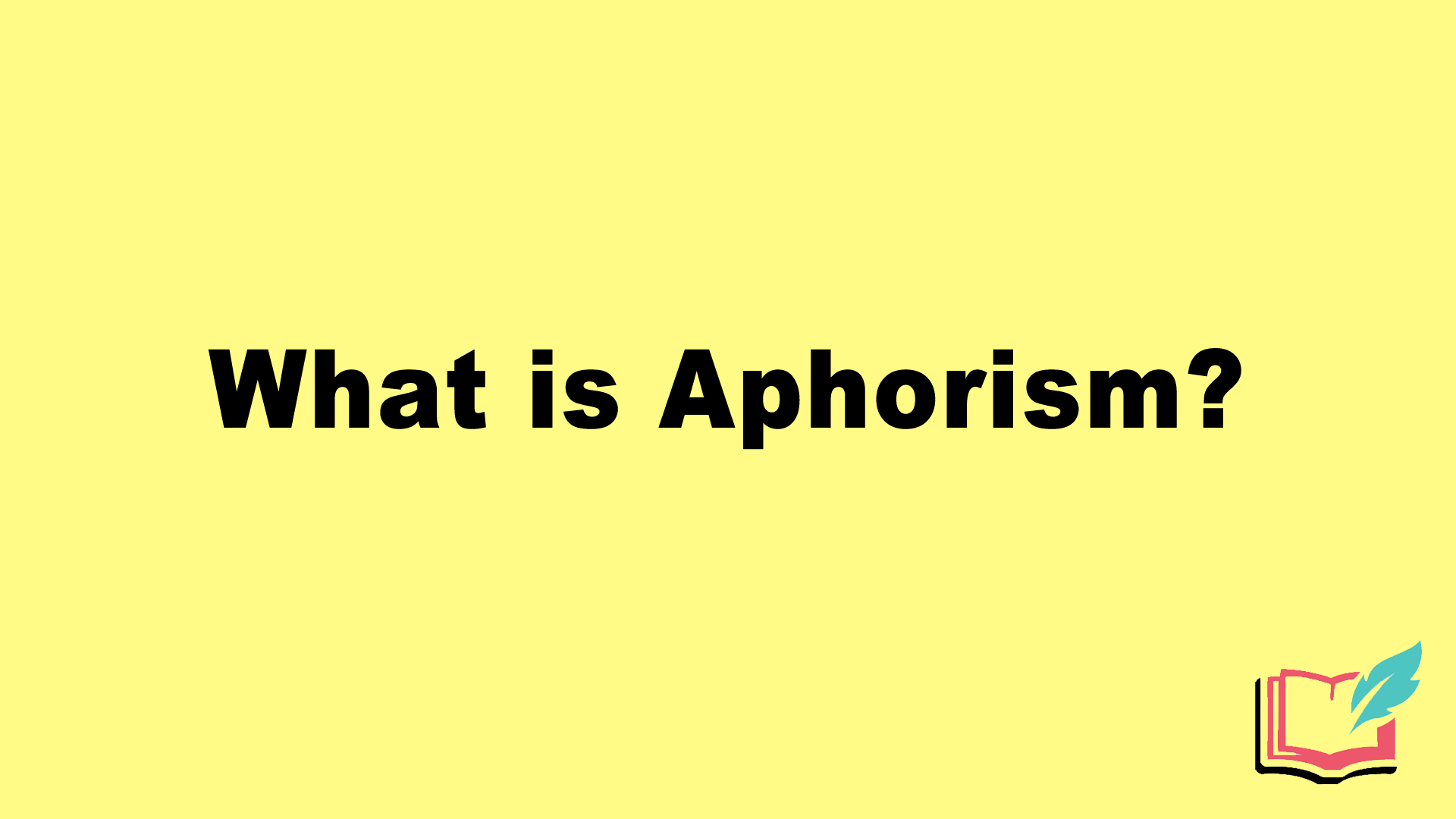 Aphorism is a short statement expressing general truths or opinions. Aphorisms are often applied to matters of philosophical, moral, and literary principles, usually using metaphors and other creative imagery.

Aphorism is a short saying that serves to express a truth in a memorable and quippy way. Aphorisms are used both in speech and in writing and are universally accepted as bearing truths. Sometimes, aphorisms use humor to convey meaning but they can vary from serious to silly. Ancient Greek physician, Hippocrates, coined the term Aphorism and wrote an entire book of medical aphorisms such as:

Aphorisms can often be applied to all kinds of situations. For example, the saying “if the shoe fits, wear it” is an aphorism that can be applied to any situation in which you are surprised at things working out. However, in regard to aphorisms by Hippocrates, most of those tend to only be applicable in a medical sense. Regardless, aphorisms come in handy to express some of the more complex and philosophical matters about life without launching into an entire philosophical debate.

Albert Einstein, notable genius of the 20th Century, believe that any person was, in their own special ways, a genius worthy of attention. Einstein wrote the following aphorism to encourage people to understand that we should all look for the genius within others, rather than devaluing their specific skills:

“If you judge a fish by its ability to climb trees, it will spend its whole life thinking that it is stupid.”

Dr. Martin Luther King Jr. gave his life tirelessly working towards peace and equality, especially in the United States during the Civil Rights Era. If you have grown up post-MLK, you probably recognize his famous aphorism:

“The old law of ‘an eye for an eye’ leaves everyone blind.”

Other unattributed aphorisms are likely centuries old and have developed along with the generations. They tend to express moral truths and most English speakers have heard these following aphorisms for as long as they can remember:

“It is better to be safe than sorry.”

“Every cloud has a silver lining.”

“Early to bed, early to rise makes a man healthy, wealthy, and wise.”

The Purpose of an Aphorism

Aphorisms are used to teach moral and/or philosophical truths. The truths that aphorisms reveal are relevant to universal experiences of humanity. Because of this, aphorisms tend to bring audiences closer to the author and/or story because there is a direct link between the words and real life that audiences identify with.

Examples of Aphorism in Literature

In the classic Don Quixote by Miguel de Cervantes, the humorous tone comes through in some of the more prominent aphorisms in the book. The character of Don Quixote speaks largely through aphorisms that tend to be humorous and sarcastic. This upholds the tone of the book while also injecting humor through witty sayings. The following examples are spoken by the title character:

“He who’s down one day can be up the next, unless he really wants to stay in bed, that is.”

“Thou hast seen nothing yet.”

“Hunger is the best sauce in the world.”

“A tooth is much more to be prized than a diamond.”

Rupi Kaur is a contemporary Canadian poet from India whose short, quippy poems are built up of aphorisms. Her poetry serves to speak social truths which resonate with her audience. In this way, much of her poems are very short and contain just one stylized statement. Consider her poem “together:”

the irony of loneliness

is we all feel it

at the same time

Recap: What is Aphorism in Literature?

Aphorisms are short, witty statements that reveal a philosophical or moral truth regarding the human experience. Aphorisms use metaphors and imagery in order to express ideas in memorable and relatable ways.