What is Anticlimax? Definition, Examples of Literary Anticlimax 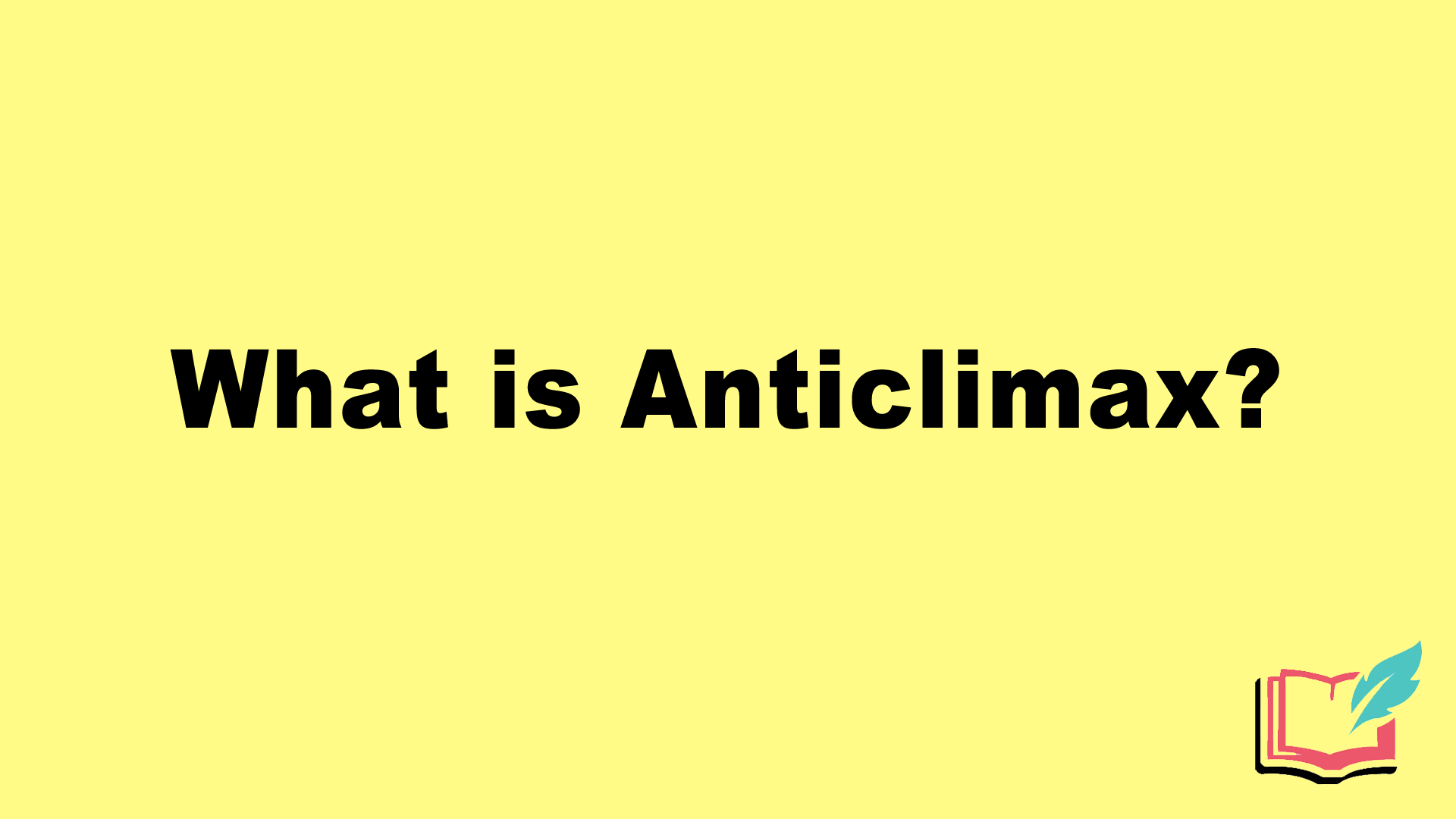 Anticlimax is a rhetorical device in which an ending or conclusion is unsatisfying to the audience. This generally results from an unsatisfactory and inappropriate decline in emotional intensity of the plot.

Anticlimax happens when a narrative has been building in intensity but fails to meet the expectations created by such a build in intensity. This usually happens when skills and knowledge that the story’s protagonist has developed or gained are not adequately used or tested.

Anticlimax occurs at the height of tension in a narrative plotline, just as climax does. However, the difference is that anticlimax involves a sudden and dramatic decline in emotional energy that leaves the audience disappointed or uninterested.

An example of anticlimax would be a coastal town that is told to expect a devastating category 5 hurricane. For days or even weeks, they prepare for the storm by stockpiling water and food supplies, boarding windows, and evacuating. Then, at the last minute, the storm veers out to ocean and all that work was for nothing. For the people experiencing this, they would be relieved. But imagine reading about fictional characters and sharing the journey with them as they prepare, just to suddenly realize it was all for nothing. The emotional climax would be missed.

In the popular film Signs, the movie centers around aliens preparing to take over Earth. For the duration of the movie, the audience watches the characters try and figure out what is about to happen and then begin to prepare for the alien attacks. However, it turns out that the aliens are allergic to water and all die without any sort of fight or human conquest over the aliens.

In the Twilight: Breaking Dawn novel, the characters spend much of the novel preparing for impending doom as they suspect that a coven of dangerous vampires are coming to try and kill one of the main characters. However, when these villains arrive, one of the protagonists uses the power of premonition to show the detriment that would result from that character being killed. The villains decide not to follow through with their plan and leave without ever fighting. This is anti-climactic since all of the main characters have been preparing for a fight for several chapters.

The Function of Anticlimax

Some authors choose to use anticlimax in order to strategically create a certain effect. The main reason for this is to achieve comedic effect. In the right situations, anticlimax can serve as a type of punchline for an ongoing joke.

Furthermore, anticlimax can create a dramatic effect when it is used to throw readers off the scent from the real climax. Then, when the real climax occurs, readers are shocked and thrown off-guard, allowing them to experience an even greater emotional reaction.

In books that are part of a series, anticlimax can also be useful because it leaves the audience in a state of suspense while they wait for the next installment. This increases reader engagement and loyalty.

How Anticlimax is Used in Literature

In Edgar Allan Poe’s “The Cask of Amontillado,” the ending can be considered and anticlimax. Montresor buries his opponent, Fortunato alive then the action jumps to Montresor saying, “There came forth in return only a jingling of the bells…My heart grew sick; it was the dampness of the catacombs that made it so.” There is no reference to the murder—why he really wanted to kill Fortunato is unclear and how he felt afterwards remains unspecified. In this way, it adds to the unsettling effect that the story creates.

William Shakespeare’s Much Ado About Nothing also skillfully uses anticlimax to create a dramatic effect. The villain, Borachio, suddenly realizes the extent of the harm he is causing and repents. Therefore, nothing else bad happens even though it was expected. This leads to the climax later, which allows the play to end happily, as a comedy should.

BORACHIO: Sweet prince, let me go no farther to mine answer:

do you hear me, and let this count kill me. I have

deceived even your very eyes: what your wisdoms

could not discover, these shallow fools have brought

to light: who in the night overheard me confessing

to this man how Don John your brother incensed me

to slander the Lady Hero, how you were brought into

the orchard and saw me court Margaret in Hero’s

garments, how you disgraced her, when you should

marry her: my villany they have upon record; which

I had rather seal with my death than repeat over

to my shame. The lady is dead upon mine and my

nothing but the reward of a villain.

Recap: What is Anticlimax in Literature?

Anticlimax is a narrative device in which the expected action either does not occur or occurs at a drastically reduced emotional intensity in comparison to what was expected. This can either be a blunder on the part of the writer, or it can be an intentional and strategic device to create dramatic effect.