What is Anadiplosis in Literature? Definition, Examples of Literary Anadiplosis

Home / Literary Devices / What is Anadiplosis in Literature? Definition, Examples of Literary Anadiplosis 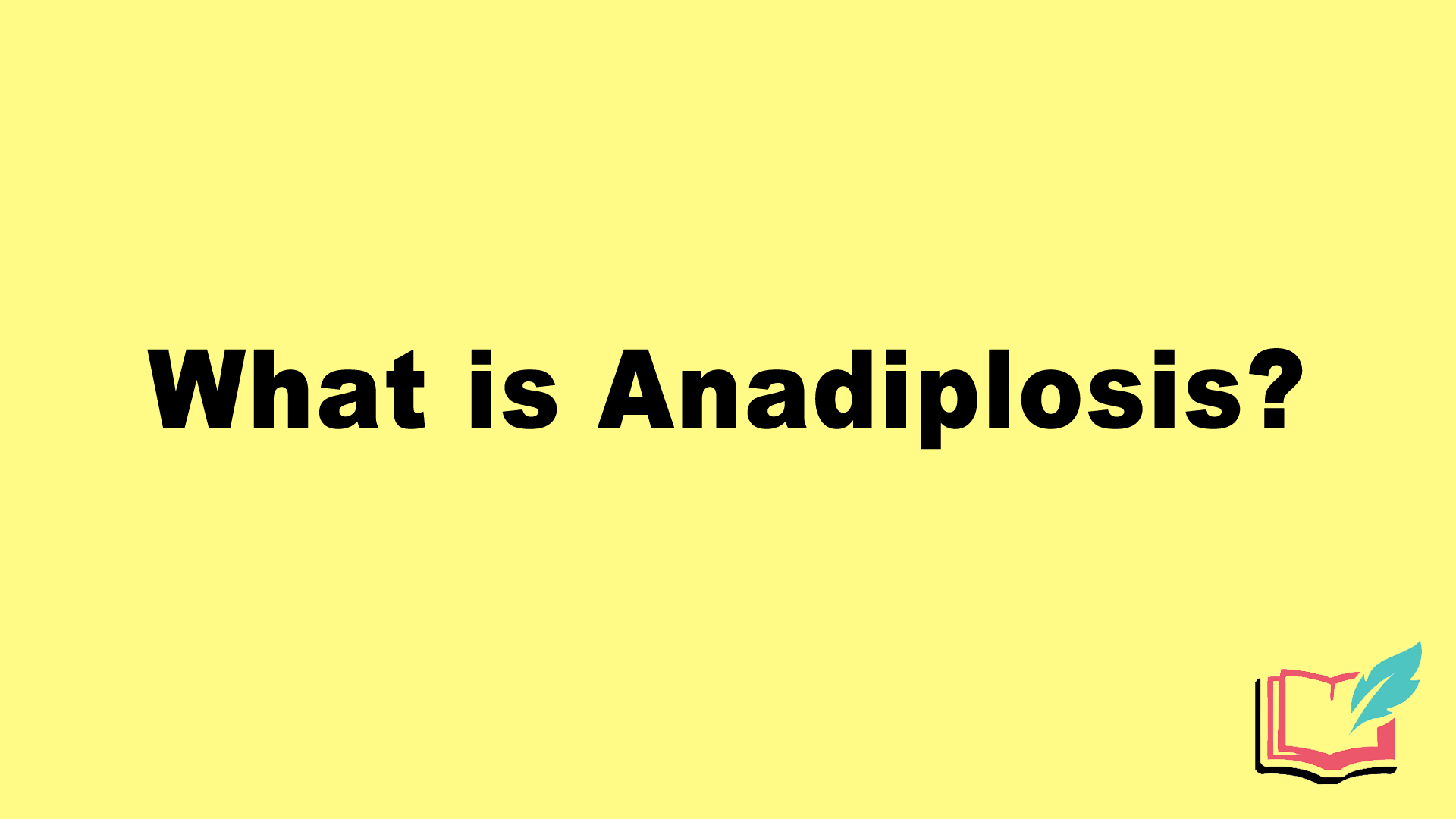 Anadiplosis refers to the repetition of a specific word or words in successive clauses or expressions in such a way that the subsequent clause or clauses start with the same word or words that end the previous clause.

For example, consider the famous saying by Yoda in Star Wars: “Fear leads to anger. Anger leads to hate. Hate leads to suffering.” This is a pretty heavy statement chock full of moral meaning. The repetition of the last word of each sentence at the very beginning of every new sentence helps to convey how important what Yoda is saying really is. In fact, this ends up being a prominent theme in the original Star Wars trilogy. Anadiplosis helps make the quote more memorable and more emphatic.

In Martin Luther King Jr.’s “I Have a Dream” speech, anadiplosis is used to highlight the overarching symbolism in this speech. It encourages focus and attention on the part of the audience and delivers a message of hope in a quotable phrase:

And so even though we face the difficulties of tomorrow, I still have a dream. It is a dream deeply rooted in the American Dream.

In the movie V for Vendetta, the political and social uprising is portrayed as necessary in the face of oppressive governmental influencers. The following quote, for example, neatly wraps up one of the overarching problems that lead to rebellion. On its own, it is harmless enough but in the context of the movie, it is a force of oppression:

Anadiplosis serves to add emphasis to the main idea of a statement. Sometimes, this reflects the main idea of the entire work of writing as well. This works by having readers focus on particular words which automatically emphasizes the importance of those words.

Anadiplosis can also be used to show a chain of events, especially when it is crucial that the audience follows this chain of events. The above example from Star Wars is a good example of this because it shows a major human flaw which leads to the most significant trials that the characters face.

Although anadiplosis is found more commonly in poetry and rhetoric, there are some excellent examples found in prose as well. For example, Lolita by Vladimir Nabokov uses anadiplosis to show the poetic and intellectual nature of Humbert:

John Milton used anadiplosis often in his poems in order to try and persuade his readers of certain ideas. In the poem “Lycidas,” he uses anadiplosis to emphasize the gravity of Lycidas’s death:

For Lycidas is dead, dead ere his prime.

In Richard II by William Shakespeare, anadiplosis is used to show the gravity and intensity of the negative habits that humans tend to have. Fun fact: this is the origin of the Star Wars quote used here previously.

That fear to hate, and hate turns one or both

To worthy danger and deserved death.

The poem “An Irish Airman Foresees His Death” by W. B. Yeats uses anadiplosis to emphasize a grim and hopeless tone and adds to the idea that the present is all that matters:

I balanced all, brought all to mind,

The years to come seem waste of breath,

A waste of breath the years behind

In balance with this life and death.

Recap: What is Anadiplosis in Literature?