What is Allusion in Literature? Definition, Examples of Literary Allusion

Home / Literary Devices / What is Allusion in Literature? Definition, Examples of Literary Allusion 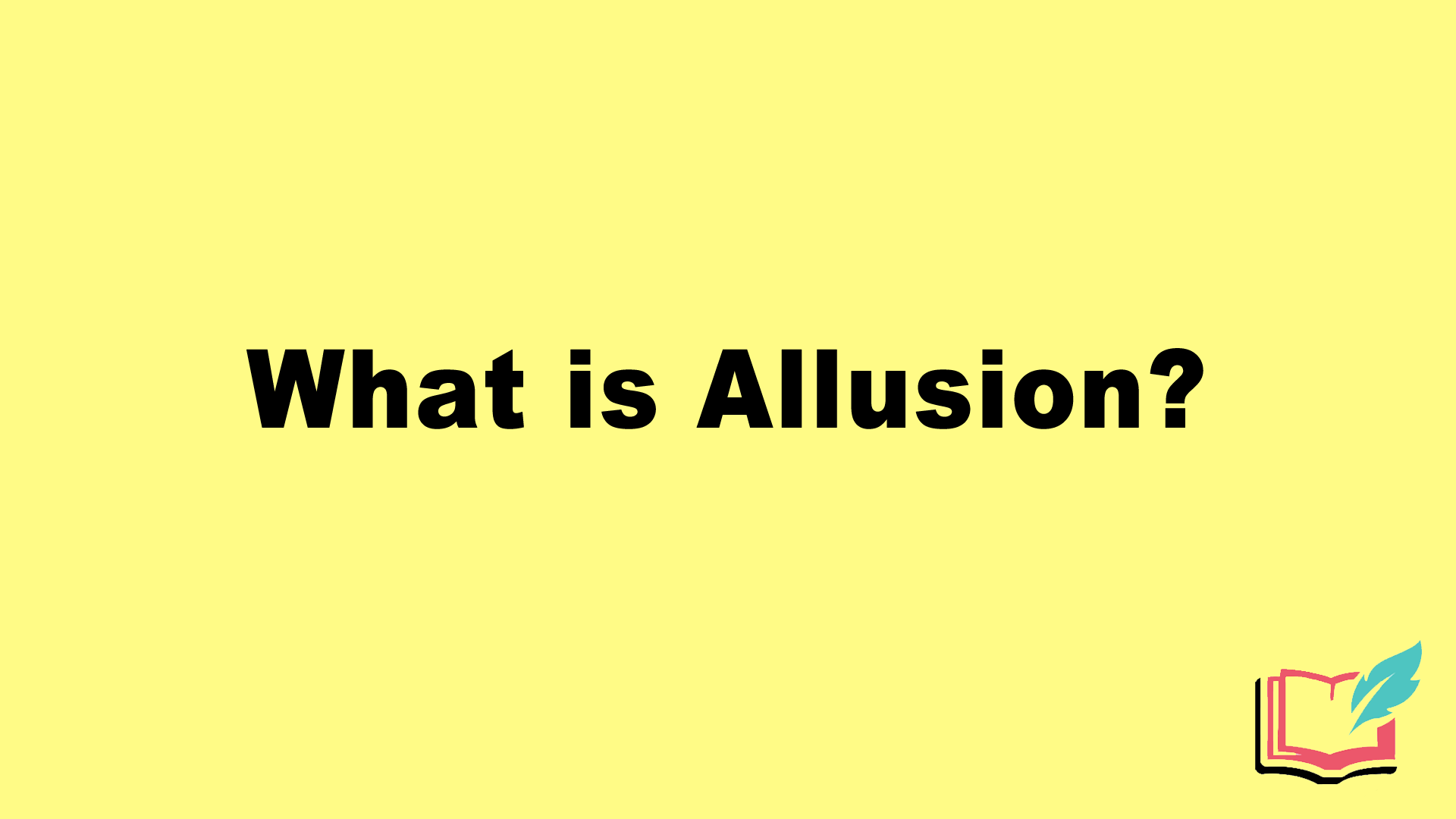 Allusion is a casual or indirect reference to a person, place, or thing of significance. Allusion does not describe or provide any detail to what was referenced, and it is generally assumed that the reader or audience knows the reference and can understand its importance.

Simply put, allusion is a reference to something else. In literature, allusion is often used to refer to important cultural subjects or details. The most commonly alluded to book is The Bible.

Allusion does not describe the thing that is being alluded to because of this tendency for it to be culturally significant or at least widely understood by the audience. In this way, allusion relies heavily on the reader’s ability to have pre-existing knowledge or to be able to look more deeply into the allusion.

Many every day phrases of speech are actually allusions to literature and popular culture.

The Importance of Allusion

Furthermore, allusion can help provide a simplified way to portray complex ideas or human emotions. This works by allowing the writer to use something that already exists to conceptualize the idea, rather than having to create a whole new context, metaphor, or even allegory to do so. Doing such a thing could be distracting from the main point or pressing ideas, so allusion provides a way to add context without drifting away from what’s immediately relevant.

Poet John Milton’s Paradise Lost is a great example of allusion because of its many references to The Bible and characters in The Bible.

Of man’s first disobedience, and the fruit

Of that forbidden tree, whose mortal taste

Brought death into the world, and all our woe,

With loss of Eden, till one greater man

Restore us, and regain the blissful seat,

Sing heavenly muse, that on the secret top

Of Oreb, or of Sinain, didst inspire

That shepherd, who first taught the chosen seed…

Another classic that is full of religious allusion is Dante Alighieri’s The Inferno which describes Hell in the format of a literary story:

And I — my head oppressed by horror — said:
“Master, what is it that I hear? Who are
those people so defeated by their pain?”
And he to me: “This miserable way
is taken by the sorry souls of those
who lived without disgrace and without praise.
They now commingle with the coward angels,
the company of those who were not rebels
nor faithful to their God, but stood apart.
The heavens, that their beauty not be lessened,
have cast them out, nor will deep Hell receive them —
even the wicked cannot glory in them.

Joseph Conrad’s Heart of Darkness alludes to the Fates from Greek mythology. The Fates were the forces who wove together life threads and controlled when any particular person’s thread must be cut short. The knitting women refer to the Fates and help to create an ominous vibe:

I began to feel slightly uneasy. You know I am not used to such ceremonies, and there was something ominous in the atmosphere. It was just as though I had been let into some conspiracy – I don’t know – something not quite right; and I was glad to get out. In the outer room the two women knitted black wool feverishly. People were arriving, and the younger one was walking back and forth introducing them. The old one sat on her chair […]. She wore a starched white affair on her head, had a wart on one cheek, and silver-rimmed spectacles hung on the tip of her nose. She glanced at me above the glasses. The swift and indifferent placidity of that look troubled me. Two youths with foolish and cheery countenances were being piloted over, and she threw at them the same quick glance of unconcerned wisdom. She seemed to know all about them and about me too. An eerie feeling came over me. She seemed uncanny and fateful.

Recap: What is Allusion in Literature?

Either way, allusion helps to contextualize a subject without making it necessary for the writer to take time to fully explain the idea at hand in their own words.