What is Allegory in Literature? Definition, Examples of Literary Allegory

Home / Literary Devices / What is Allegory in Literature? Definition, Examples of Literary Allegory 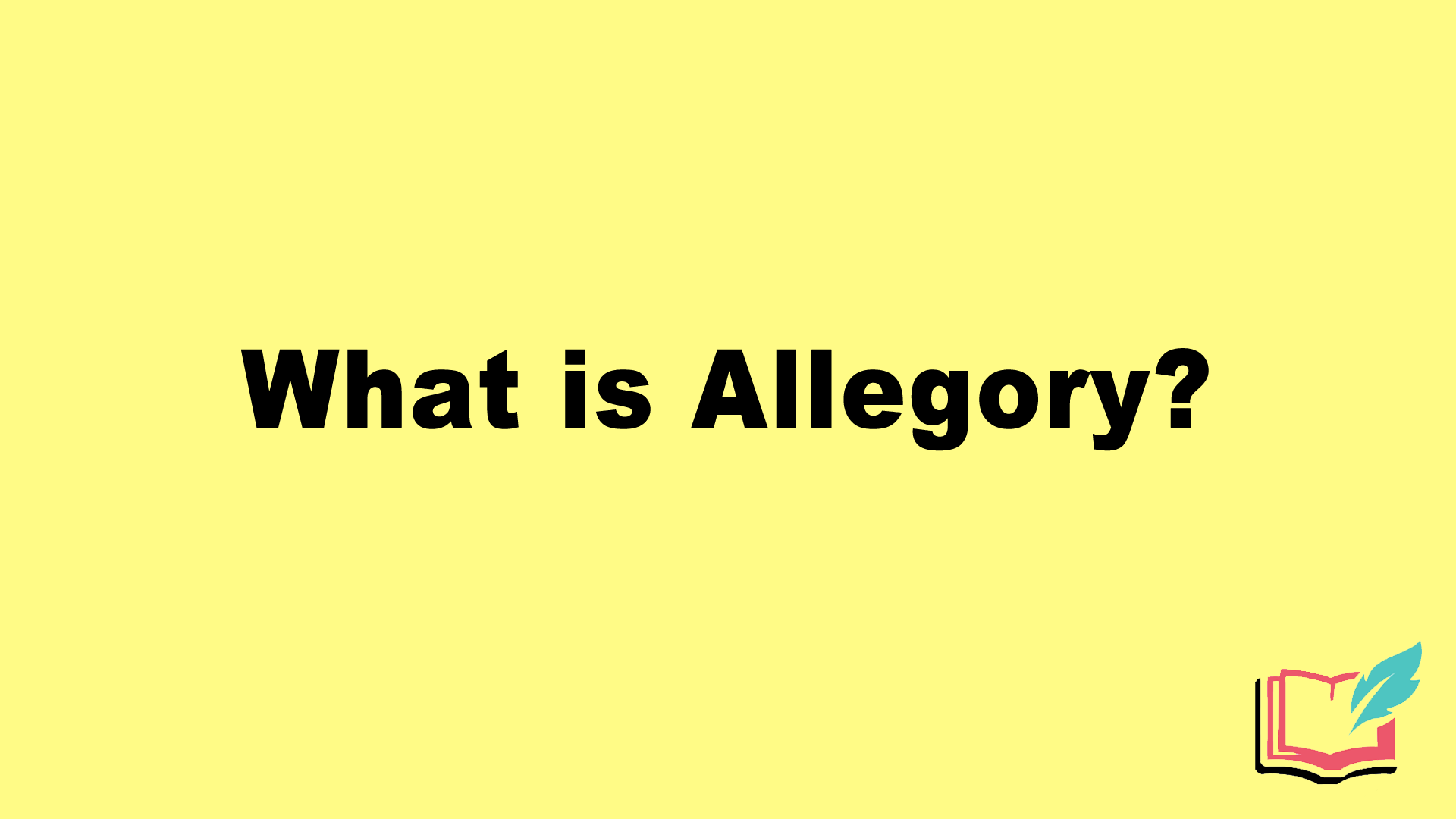 Allegory is a symbolic representation of truths and generalizations about abstract ideas. Allegory uses characters, figures, and events to explain a principle and usually aims to convey a moral lesson.

Allegory involves extending a metaphor throughout a narrative story in order to explain or describe abstract concepts. Allegory hints at hidden meanings and moral lessons by treating characters, settings, and actions as extended metaphors and/or symbols that reveal deeper meaning.

In Plato’s “Allegory of the Cave,” Plato emphasizes the difference between enlightened people and those who have differing ideas of truth/reality (the unenlightened).

In his allegory, he describes unenlightened people as prisoners in a cave, chained up to just watch shadows pass by. These people think that the world is only made of shadows. They are unaware that there is depth and dimension beyond their cave. This portrayal shows Plato’s belief that the unenlightened people are missing out on layers of beauty and depth in life that can only be realized once they are fully enlightened.

Nearly everyone is familiar with the Lord of the Rings Trilogy author, J.R.R. Tolkien. Since he fought in WWI, many readers and literary scholars believe that the trilogy is an allegory for the events of WWI. Although Tolkien has said that the trilogy is not an allegory for the war, there are many undoubtable parallels and it is entirely possible that an accidental allegory surfaced as a result of war trauma.

Although the movie as a whole is not an organized allegory, the characters are clear allegorical elements.

The Importance of Allegory

Authors use allegory in order to add layers of depth and meaning to their writing. Allegory helps to add dimension to characters, places, and events. For example, characters that uphold allegorical meaning, such as those in “The Wizard of Oz,” are multidimensional characters that stand for abstract ideas much bigger than their literal presence.

Allegorical study can lead to deeper understanding on the part of the readers. The audience can learn about an author’s beliefs, including political and/or moral leanings. This helps the audience to categorize the literature and understand its broader reach in society.

Allegory also helps to deliver complex lessons or messages in the form of easily digestible stories. Because of this, allegory is a useful tool for expressing beliefs or moral lessons.

Additionally, allegory brings context to ideas that can help readers understand the world in which they live including aspects like politics, complex realities of being human, and ethical challenges.

Examples of Allegory in Literature

The novel Animal Farm by George Orwell is a famous literary work that uses allegory as a key tool. This novel describes animals living on a farm that overthrow their human oppressors only to struggle to establish a political dynamic that works for everybody. This allegory is well represented in the quote:

This allegory represents the overthrow of Tsar Nicholas II of Russia and the subsequent communist revolution. The inherent struggles of political revolution and turmoil are strongly emphasized throughout the novel.

The science fiction classic Dune by Frank Herbert is an allegorical representation of the history of the Middle East and its many conflicts. The book makes several references that connect to the religion of Islam and its history as well. Valuable trading items in the novel mirror the value of oil found in Middle Eastern countries.

Recap: What is Allegory in Literature?

Allegory is often thought of as an extended metaphor. In truth, allegory achieves far more than metaphor in that it generally spans the entirety of a literary work and affects different aspects of the story such as characters, settings, and events. Allegory serves to represent complex ideas that connect to the human experience.