What is an Adage? Definition, Examples of Literary Adages

Home / Literary Devices / What is an Adage? Definition, Examples of Literary Adages 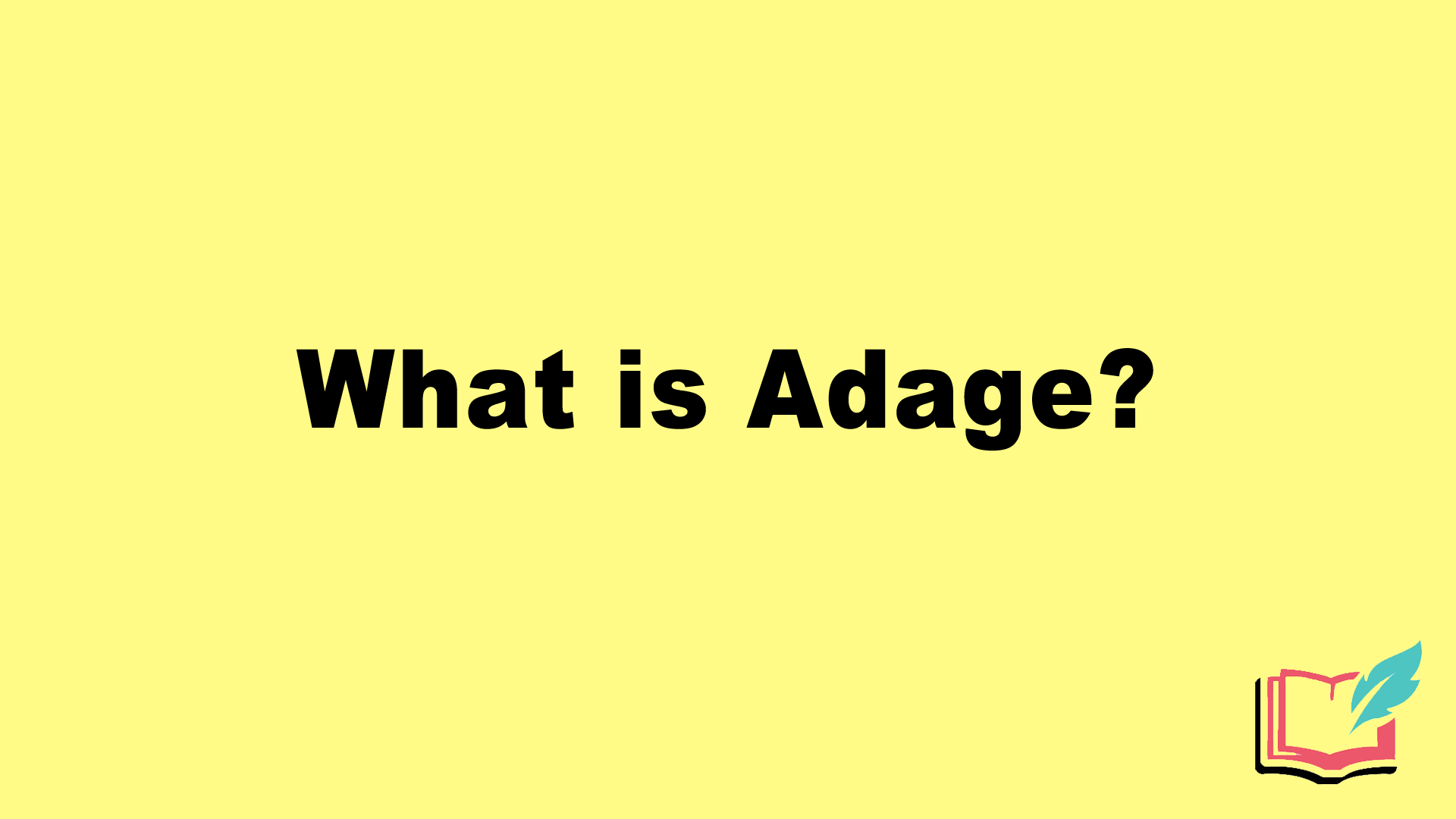 An adage is a short saying, often expressed in the form of a metaphor, which emphasizes a common observation or experience.

What is an Adage?

Adage is a short saying which is pointedly delivered and is often easily memorable. Adages are based on truths commonly observed by people across cultures and hit home with most people. Adages generally express a truth about life and are commonly accepted as universal truths about the human condition. Adages are able to pass from generations to generations because they are easily identified with and speak to common experiences.

Difference Between Adage and Proverb

Adage vs. Proverb: Adage is similar to proverb, so it is important to understand the differences between the two concepts. Both types of expressions convey deeper meaning about life, but proverbs tend to deal more with tradition than adages.

Proverbs tend to reflect matters of common sense and show up more around subjects that deal with everyday life. For example, the saying, “there’s no use crying over spilt milk” is a proverb that suggests that we should not fret over things in the past.

Adages tend to speak to a broader level of the human experience, such as the saying, “where there is smoke, there is fire.” Typically, adages have been passed down for many years because of their continued relevancy to people.

Although the two terms are rather similar, most dictionaries define a proverb as a type of adage. Therefore, it might help to think of a proverb as the small-scale, more everyday version of an adage.

The Purpose of an Adage

Adages are found across different types of writing from literature to television and marketing. The primary purpose of an adage is to give some awareness to the audience about important aspects of life. Furthermore, adages serve to reveal deeper meanings and wisdoms. Mostly, this has to do with conveying moral lessons to an audience, emphasizing universal truths.

In some kinds of writing, adages can also serve to sum things up. For example, in fairytales, an adage may be found at the end to sum up the moral lesson of the story. Due to their brevity and their quippy nature, adages help remind audiences what the important takeaways are and also help children understand basic moral lessons.

Furthermore, adages can be trusted because they are familiar and speak to universal truths that have been acknowledged over time. They also tend to uphold philosophical beliefs in a society so they can become symbols of wisdom. You can even consider adages to be expressions of guidelines for living.

Examples of Adage in Literature

In William Shakespeare’s play As You Like It, Shakespeare has created a metaphor of life being a dramatic performance. Since Shakespeare is one of the most widely read authors of all time, it is no surprise that one of his lines became an adage. From the following selection, the phrase “all the world’s a stage” has become a commonly accepted adage:

All the world’s a stage,

And all the men and women merely players.

They have their exits and their entrances,

And one man in his time plays many parts,

His acts being seven ages.

The Holy Bible is another literary work that is full of what have become famous adages, not just for Christians. See if you recognize any of the following sayings from the Bible:

Aesop’s Fables are a collection of short fictional stories with ancient adages. Consider the following examples from some of Aesop’s writing:

Recap: What is an Adage in Literature?

Adage is a saying, usually one that is very old, that serves to highlight universal truths of living in the format of short, pointed sayings. Adages are based on commonly-observed truths about the human condition and are often metaphorical statements.